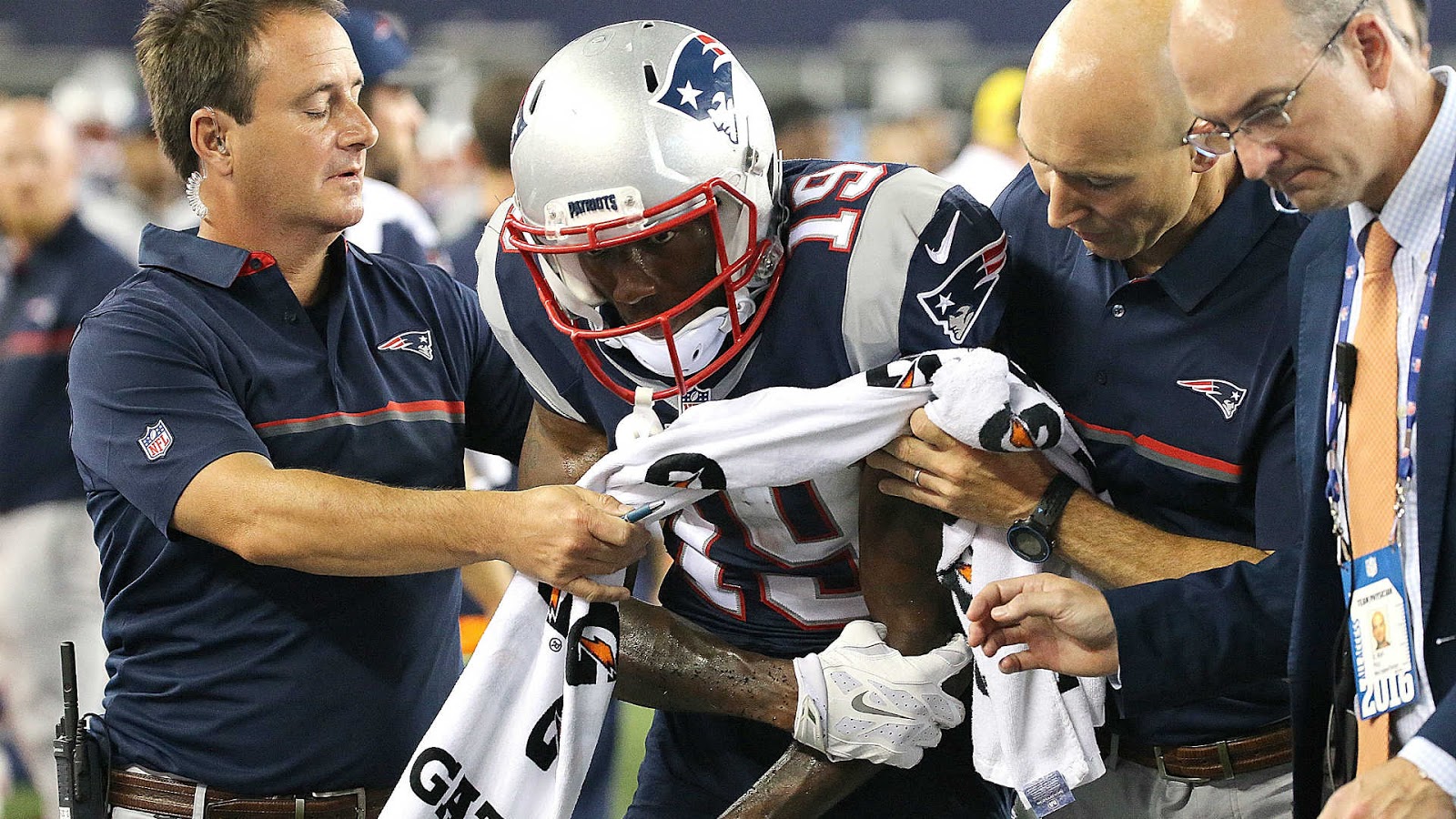 The Patriots got some much-needed good news on Monday: rookie wideout Malcolm Mitchell's MRI came back clean, according to the NFL's Adam Caplan, with ESPN's Mike Reiss confirming the news. The receiver suffered a dislocated elbow in the Pats' first preseason game against the Saints, but the MRI didn't turn up any structural damage, meaning that Mitchell should be able to return sooner, rather than later.

So far in camp and the preseason, Mitchell has definitely impressed. He's had his share of spectacular catches, and against the Saints he led the team with 55 receiving yards (four catches on only 15 snaps!). But where he's distinguished himself the most is his mastery of the Pats playbook. Widely regarded as the most complicated in the league (by a wide margin), the New England offense has befuddled dozens of receivers over the years. The rookie is determined to not be one of them. From the day he reported to camp, his focus has been on picking up the plays and creating chemistry with his quarterbacks. He's even gone so far as to compare the playbook to Harry Potter (insofar as it may be big and complicated, but to learn it you can't get intimidated). The studious approach has paid off, as Mitchell has quickly earned the trust of both Tom Brady and Jimmy Garoppolo, and has positioned himself high on the depth chart.

Though the dislocation was a major injury scare, thankfully, it looks like Mitchell will be alright. The studious rookie is already back at practice (with some added protection on the arm), and he's as committed as ever to learning the playbook and becoming a better receiver. He should be ready for Week 1--and the rest of the league should watch out.