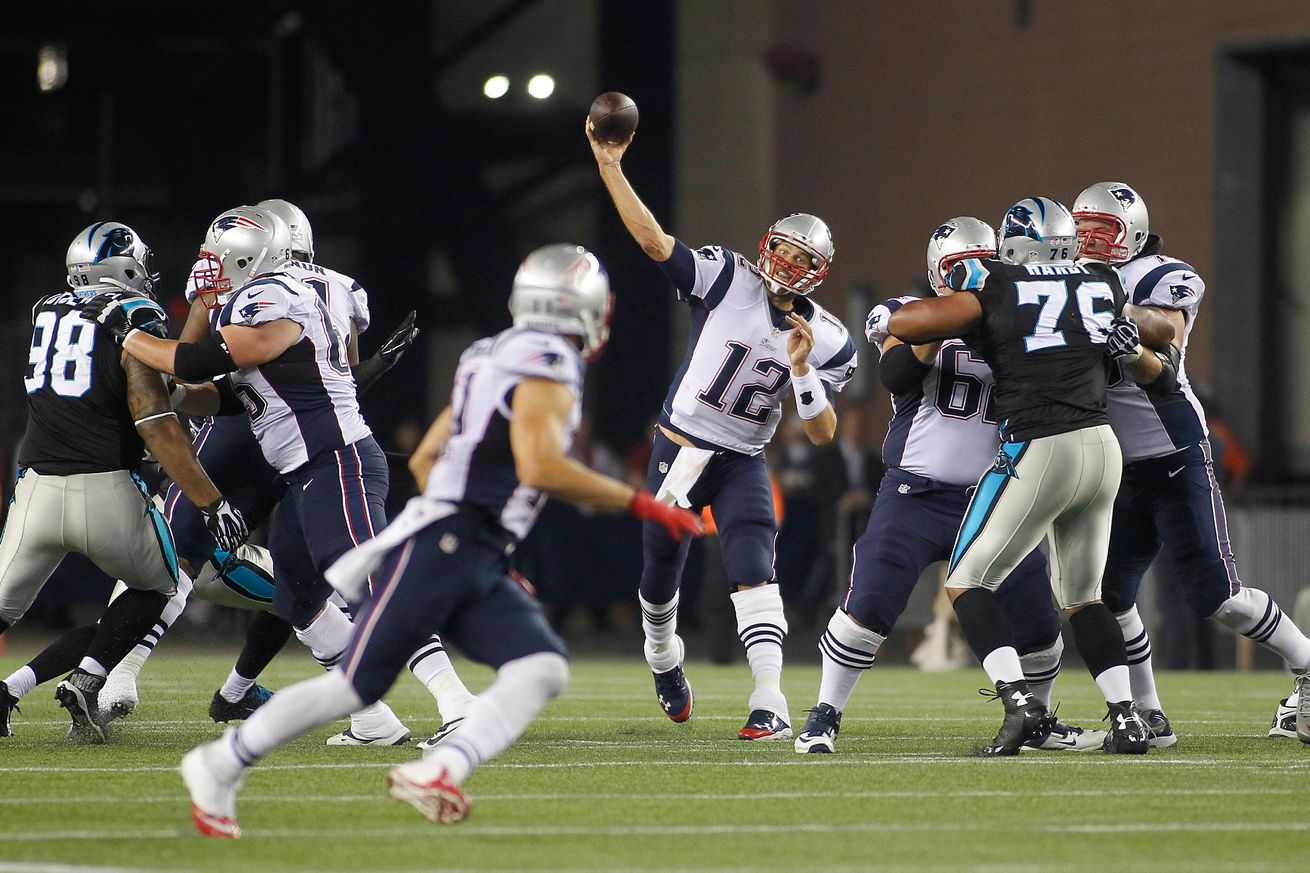 The Patriots improved to 3-0 in the 2016 preseason with a win over the Panthers on Friday night. Jimmy Garoppolo started the game, and Tom Brady came on in relief and threw a touchdown pass to Chris Hogan in the second quarter. Third-stringer Jacoby Brissett played a quarter and a half at the end of the game, and also threw a TD to Deandre Carter. On the defensive side, the Pats snagged three interceptions and looked sharp overall in the winning effort.

Right out of the gate, Chris Hogan impressed. He came up with a couple key drive-extenders from Garoppolo, and reeled in a floater down the sideline for the first TD of the night. While it's still the preseason, Hogan put on a show--one that he can hopefully translate to the regular season.

As for the QB battle, Garoppolo had a rare off night. The Pats' starter couldn't convert twice in the red zone, and he looked rattled at times throughout the game. While he took some hard hits, he also displayed poor decision-making and couldn't put a touchdown on the board. Brady, on the other hand, was in form. Just a week after an injury scare, he dotted up an outstanding Panthers defense, and drove the Patriots down the field multiple times, one ending in a TD to Hogan. Jacoby Brissett was rock-solid in late-game relief. Though he was playing against backups, he also threw a TD pass and managed the clock effectively.

As far as the defensive side of the ball goes, the Patriots fired on all cylinders. Devin McCourty and Logan Ryan each scored early picks off Cam Newton, and they carried a shutout into the second half. They finished with three picks and 17 points allowed, though the game was never close--the Panthers put on points in the fourth quarter, while playing against the Patriots' backups.

Overall, it was a team effort for New England on Friday night, and they got the job done, outlasting a deep Panthers squad in Carolina for the win. The drive toward an undefeated preseason concludes next week against the archrival Giants. We're on to New York City!