Tyler Gaffney returns with a bang 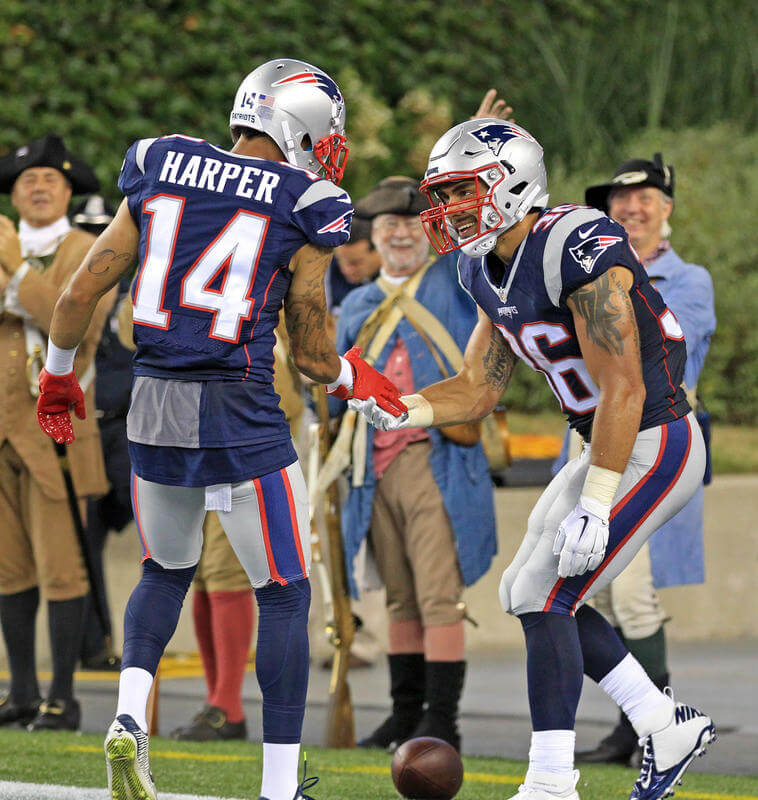 Last night's game was Tyler Gaffney's first in almost 1,000 days, but it definitely didn't look like it. After two years on injured reserve with both the Panthers and the Patriots, the Stanford product returned in style against the Saints. It was only the preseason, but Gaffney shined, running for 64 yards and a touchdown on nine carries. The biggest highlight was a 44-yard TD dash midway through the third quarter, where he showed his ability to hit the hole and his breakaway speed. After one cut at the line of scrimmage and a key block by his offensive line, he was off to the races and never looked back.

It's been a long road for Gaffney, who has struggled to gain a foothold in the NFL ever since the Panthers selected him in the sixth round of the 2014 Draft. First, he tore his meniscus and spent a year on IR, then Bill Belicheck claimed him off waivers, and to add insult to injury, he suffered another knee injury in the first practice of 2015 training camp and was lost for the season (again). As he said himself, last night has "been a long time coming." However, he stayed positive throughout the time off, and never lost hope for his future in the league. Over the 745 days since the Patriots scooped him up, Gaffney said that "these guys have been by my side, cheering me on, as much as you can for an IR guy, but I felt welcomed back as soon as I was ready to go."

The road wasn't easy, but Gaffney handled it like a true pro and looks to come out on top--with a spot on New England's 53-man roster. "I feel like I've lived here [at the stadium] for the past two years...but I think it has helped myself [sic] grow, come along two years later." If his attitude is any indication, he's got a good chance to achieve his goal. To do so, he'll probably have to outperform current starter LeGarrette Blount--not an easy task, but doable with good performances. Thursday night was a great start.