Are the Steelers still a threat to the Pats? 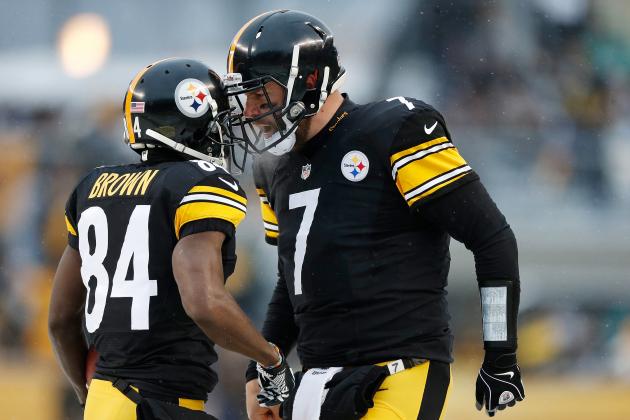 The Patriots, despite Tom Brady's suspension, are 3-0. The Steelers, with Ben Roethlisberger, are 2-1--and they have Carson Wentz to thank. Philly's rookie QB carved up the Pittsburgh defense to the tune of 301 yards and two TDs en route to a 34-3 blowout. At PatriotsLife, we tabbed the Steelers as the Pats' biggest threat before the season. Is that still true?

When they're not getting shut down by a mediocre Eagles defense, the Steelers do have a pretty good offensive unit. Antonio Brown is the best wideout in the game, Big Ben Roethlisberger is a top-5 QB, and Le'Veon Bell is a marquee runner. After he returns from his suspension this coming week, the offense should get a boost. However, will it be enough? The club has dates with high-powered offenses like the Patriots, Cowboys, and Colts on their schedule, and faces tough defenses like the Chiefs and Jets as well.

All five of those teams could pose problems for Pittsburgh. We've already seen how well an aerial offense can attack the Steelers D, and if a middle-of-the-road Eagles defense can shut them down, what can the Chiefs and Jets do? Against the Eagles, they put up 3 points, and against the Bengals they could only manage 24. Considering the flawed defense the Steelers put out, the offense needs to be able to keep them in games--something it hasn't shown the ability to do. Without serious improvements on both sides of the ball, it doesn't look like the Steelers are in shape for a deep playoff run, or anything that could challenge the Patriots.

In August, the Steelers looked like a juggernaut. They had one of the best passing attacks in the league, a top-flight running back, and a defense that rarely imploded (even though it wasn't very good). But then, Le'Veon Bell was suspended, the defense, well, imploded, and the passing game was stuffed by an average Philly secondary. At this point, unless Pittsburgh improves its passing game and tightens up its defense, it's hard to see them posing much of a threat to the Pats. Let's just hope they keep playing this way.