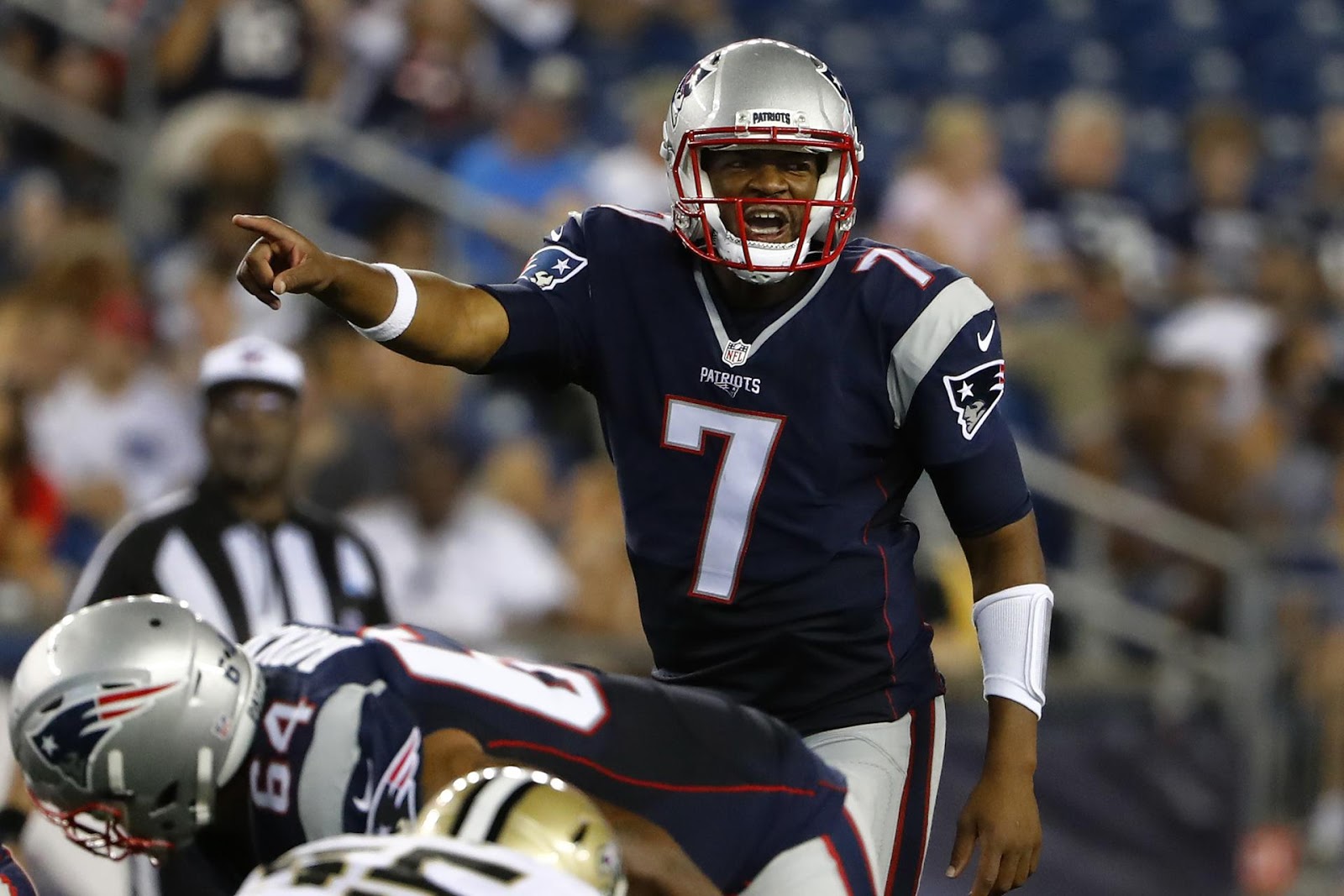 This week, the Patriots put their undefeated record on the line against the Houston Texans on Thursday night. Even more so than last week, this matchup should have a ton of fantasy potential on both sides of the ball. It's time to break it all down and see how it will turn out.

As of now, it's unsure who will play the whole game, but it looks like Jacoby Brissett is in line to start for the Patriots. Don't expect too much production downfield out of him, but he has slight upside on screens and short passes--whatever he does will center around him getting the ball out quickly. Feel free to take a flier, but I wouldn't start him. It's just too likely that the Pats will run the ball. For the Texans, Brock Osweiler has made his money on slinging the ball deep. He's got plenty of weapons in Deandre Hopkins and Will Fuller, but the Patriots are also good at taking away the deep bomb. If he has to work had and command drives down the field, the Texans might turn to the run instead. He's startable in larger leagues, but if you have another solid quarterback on your roster, there's no need to risk it with Osweiler.

For the Patriots, this is where the meat of the offense will be. With Jacoby Brisket under center, Legarrette Blount becomes startable. Expect for him to get a steady diet between the tackles and on the goal line--if he can produce at a reasonable level, he should do very well this week. On the Texans side, Lamar Miller is a solid RB2 this week. The Pats have a solid run defense, and locked Miller up last year, but he's shown the ability to produce with the right workload, and he will have some opportunities Thursday night. He's run for over 180 yards in his first two games, so he should put up the points, especially if he can find the end zone for the first time this year.

The Patriots wideouts all take a hit this week because of Brissett starting, but a couple of them are still startable at some level. After all, the Patriots will score points somehow, and Brissett will most likely throw the ball in a West-Coast style. If you're in a PPR league, all these receivers should get a boost. For the Texans, Deandre Hopkins and Will Fuller are both legitimate deep threats, but I would bet bigger on Fuller this week. Bill Belichick specializes in taking away an opponent's top guy, and Hopkins will see plenty of double teams on Thursday night. Fuller has blazing speed, and if he can get behind single coverage he can come up with some big plays. The Pats have the clear advantage here. Whether or not Rob Gronkowski plays, Martellus Bennett is far better than anyone the Texans have on their roster. If you have Bennett, start him. With Gronk's injury, I would sit him and play a backup--a Thursday game is too tough to call as far as whether or not he'll play. For Houston, CJ Fiederowicz is primarily a blocker--definitely not rosterable.

The Patriots defense is the better of the two here, but it might not have the better fantasy week. Both defenses are startable, but the Texans have higher potential--with Jacoby Brissett starting, JJ Watt and the D-line can tee off against the rookie, and will probably get a couple of sacks (and points). Additionally, they could force a turnover if Brissett coughs up the ball or misplaces a throw downfield, so be on the lookout. The Patriots can definitely create turnovers (they forced three last week), but they're also susceptible to the deep ball--Will Fuller is faster than anybody else on the field. They're boom or bust, so play them at your own risk.Stephen Gostowski remains among the most accurate kickers in the game. He's owned if you're in a league, and if you have him you're starting him. For the Texans, Nick Novak had a great game last week, and is startable this week--he should get a lot of points from long field goal tries.