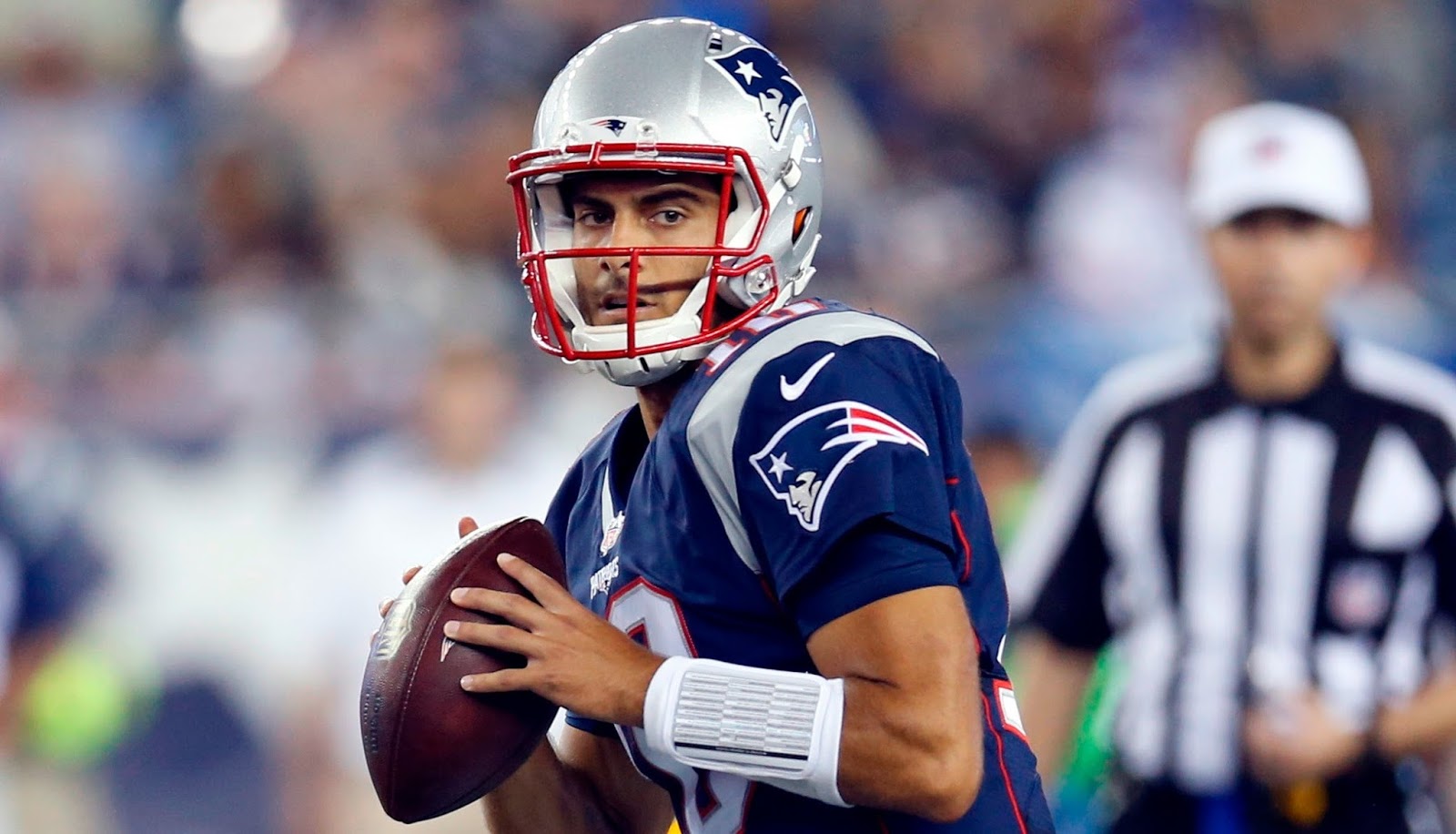 Jimmy Garoppolo played like a top NFL QB during the Patriots' first one-and-a-half games. In carving up one of the NFL's best defenses in Week 1, he proved that he has the physical and mental skills to thrive in pro football. However, he's not the Patriots' only solid backup QB option. With Jacoby Brissett, is Garoppolo expendable?

The Patriots would certainly love to keep Garoppolo in New England. He's only 24, has shown he can be a top QB, and is familiar with the Pats system--the most complicated in the league. With the wizard Bill Belichick guiding him, it's very possible that Jimmy G could be a top QB for years to come. However, there's more to consider than just that.

Only eight days before the season, the Vikings traded for Sam Bradford. Their franchise QB, Teddy Bridgewater, was out for the season and the team didn't want to waste a year waiting for his return. They paid handsomely. Philadelphia, Bradford's former team, netted a first-round pick, and a fourth-rounder as well. If the Vikings reach the conference championship, it becomes a third-rounder, and if they reach the Super Bowl they will have to give up a second-round pick in addition to the first-rounder. What's the point of all this? If Bradford, an oft-injured quarterback who one barely passable season on his resume, could fetch such a king's ransom, what can Garoppolo net the Pats? 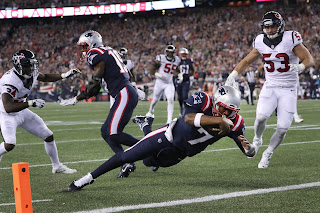 Unfortunately for New England, Jimmy G's contract expires after the 2017 season--meaning that teams would be paying for one year of Garoppolo, then trying to re-sign him in free agency. However, he has shown all the signs of a franchise quarterback, which NFL GMs will line up to pay for. It's not inconceivable at all to see Garoppolo fetch a first- and second-rounder if the Pats elected to trade him. If they could ink him to an extension before doing a deal, that would only increase his value. But, at that point, why wouldn't they just keep him?

One of the biggest factors in New England's decision is the presence of Jacoby Brissett. He's only a rookie, but the NC State product was also effective in a 27-0 demolishing of the Houston Texans on Thursday night. For only having four days to prepare, the newbie was as effective as Jimmy G was. So, was Garoppolo's success real, or could Brissett achieve the same, or even do better? For the New England front office, these are all tough questions that need to be answered before making a decision.

Yes, Garoppolo did great, but he did get injured and could net the franchise a great return on investment. Some say that it would be foolish for the Pats to pass up an opportunity on another marquee quarterback, but at the end of the day, what can Garoppolo do that Jacoby Brissett can't? If the Patriots get an offer of a first-round pick and more, which is very plausible, it's likely they will trade Garoppolo and roll with Brissett instead. With Bill Belichick on the sidelines, they don't need perfection in Tom Brady's heir. They just need competency, and at the end of the day, Brissett is as competent as Garoppolo.