Jimmy Garoppolo OUT for rest of game with shoulder injury 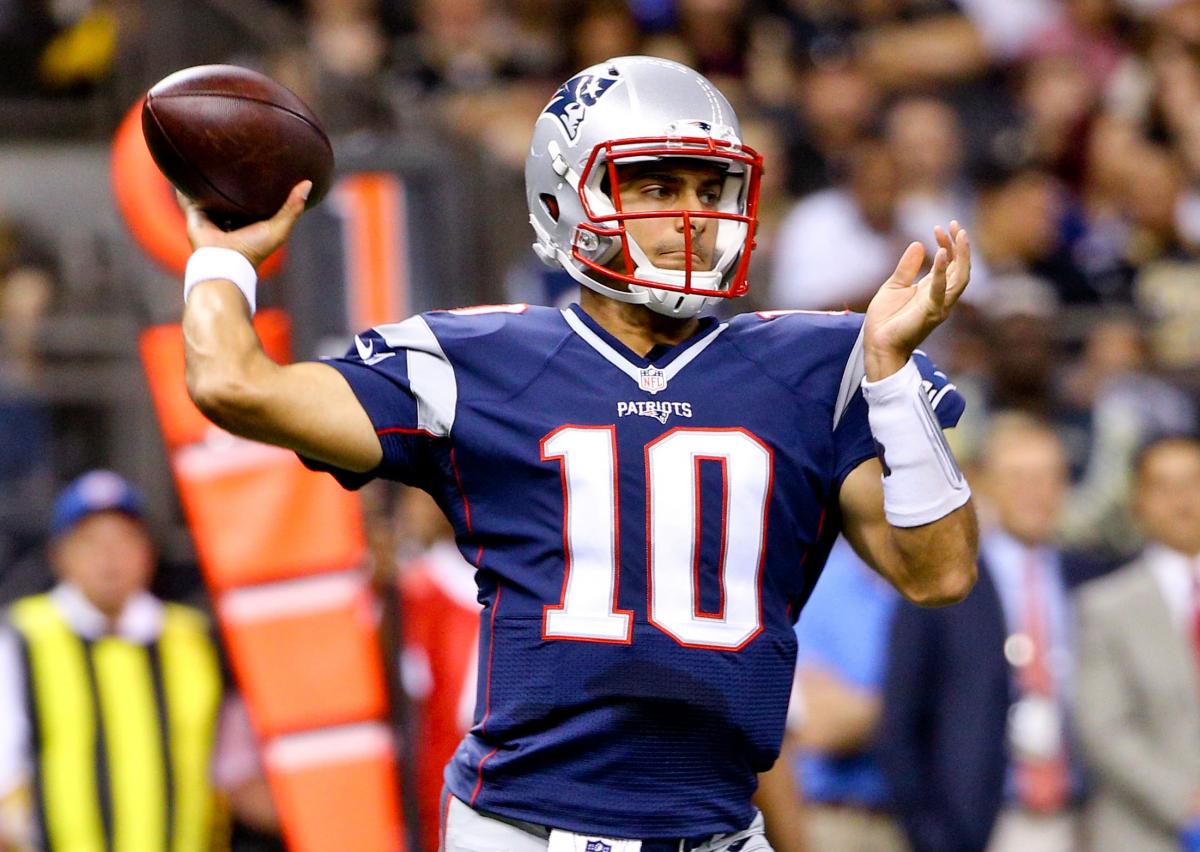 Jimmy Garoppolo was lighting up the Dolphins defense in the first half, but he has just been declared out for the rest of the game after suffering a shoulder injury.

Jimmy Garoppolo (shoulder) has been downgraded to out. #MIAvsNE

The third-year QB from Eastern Illinois was making his second NFL start, and looked great up until the injury. He had thrown for three touchdowns and 234 yards in under two full quarters of work, and carved up a mediocre Dolphins secondary. With him under center, the Pats were 5 for 7 on third down, and it was on one of those third downs that he injured the shoulder. After rolling out of the pocket, he delivered a strike to Malcolm Mitchell, but was tackled awkwardly by Miami's Kiko Alonso and immediately went to the locker room.

While initially designated questionable to return, the team announced that he was out shortly after halftime. Rookie third-rounder Jacoby Brissett out of NC State replaced him, and led two scoring drives to start off his Patriots career. The Patriots are currently leading the Dolphins, 31-10.