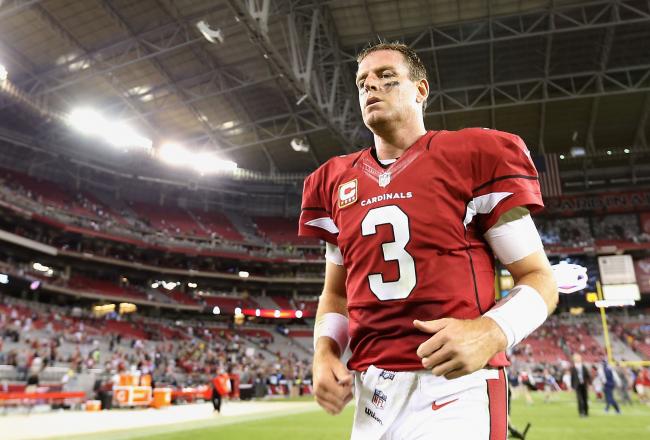 It's not really a secret anymore that the NFL hates the Patriots. After the Deflategate scapegoating travesty, it would be tough for anybody to think otherwise. And NFL.com, as an extension of the league offices (and Goodell himself), is no different. They didn't completely disparage the Pats this time, as Adam Schein picked them to reach the Super Bowl, but the final pick to win the game is quite odd.

It's perfectly understandable to forecast a Patriots-Cardinals Super Bowl matchup. Considering the amount of talent Arizona has on both sides of the ball (Schein says they're just "oozing" it). With defensive stars Tyrann Mathieu and Patrick Peterson to pair with Chandler Jones and Deone Bucannon, the Cards have one of the best defenses in the NFL. And on offense, there are few weaknesses, with the Johnson and Johnson duo of David and Chris, Larry Fitzgerald and speedster John Brown at wideout, and Carson Palmer at QB. This is definitely their year to win the NFC, but there is one big concern: New England.

The Patriots are as deep as ever this year, and they added Martellus Bennett, Chris Hogan, and Cyrus Jones in the offseason, among others. Realistically speaking, their biggest contender in the AFC is the Steelers, who need to get off the pot and get on the field if they want a chance at a conference title. With the depth and versatility the Pats have, as well as the better coaching, they should advance through to the Super Bowl as well. 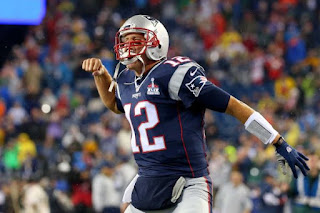 However, many would disagree with Schein's Cardinals pick because of one big reason: Carson Palmer. In the playoffs, the veteran has been atrocious, which has lead to some early (and ugly) playoff exits for Arizona. Last year, the Cards made it to the NFC Championship Game, only for Palmer to collapse under the pressure and for Carolina to romp in a 36-7 laugher. As Schein noted, "Majestic regular seasons have not carried over to January for the quarterback. His numbers from last season's two postseason games: four touchdown passes, six interceptions, three fumbles (two lost) and a 67.1 passer rating. Oof." When the games matter most, it seems Palmer turns into more of a Ryan Leaf than a Tom Brady--oh, Tom Brady. The Patriots have no such problem with clutch play, and Brady will be more motivated than ever after sitting out because of Deflategate. The Patriots and the Cardinals are both great teams, and evenly matched, but there's one big thing setting them apart. Palmer collapses under pressure, while Brady shines. I see an Arizona-New England Super Bowl matchup, but there's no way the Cards can take down the Patriots in February.