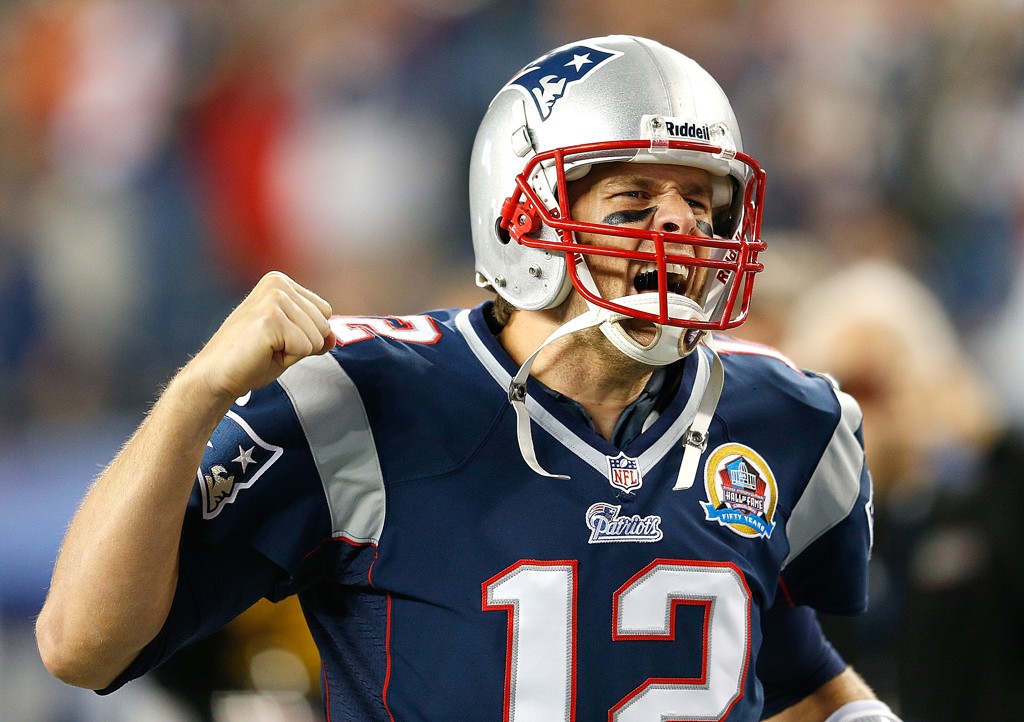 Tom Brady may not be on the Patriots sidelines, but he's still got an opinion on his team. The Future Hall of Famer spoke out on Monday, referencing his team, his backups, and the upcoming matchup against the Houston Texans.

It has to hurt Brady to not be able to play the season's first month due to suspension, but he didn't show it. Instead, he graciously praised Jimmy Garoppolo, who has taken over the reins admirably. "He's been a very hard worker, and I'm just proud of the way he's led the team." Brady also had some praise for rookie Jacoby Brissett, who is slated to start the game Thursday night in the wake of Garoppolo's injury. "Jacoby has done a great job taking advantage of his opportunity as well. He went in there Sunday and showed a lot of poise...He shows up every day working hard." Brady would know something about taking advantage of an opportunity--he took over after a Drew Bledsoe injury during the 2001 season and never looked back. It doesn't look like Brissett or Garoppolo will do the same to him, but I'm sure the thought's in the back of his head.

On a larger scale, Brady complemented the Pats for their preparation and work ethic without him in the locker room. "It's amazing the way our team responds to adversity and the way our coaches prepare us for all these different situations we face. I'm just proud of the guys for how hard they're working...obviously it's really paying off." That dedication has led New England to two wins in its first two games--many pundits thought they'd only snag two wins in the first four.

With the upcoming Thursday Night Football matchup against the Texans, Brady touched on the Pats' backup QB situation--and noted what would happen if Julian Edelman was called upon. Apparently, "he still talks about the touchdown pass he threw against Baltimore a few years ago. Brady added, "he's kind of batting 1.000 right now." Well, then.

It looks like the team is doing alright without Brady, and by all accounts, Brady is surviving without the team. Just one thing--the rest of the NFL should watch out in Week 5, because you better believe the quarterback will return with a vengeance.

Photo courtesy Behind the Sideline