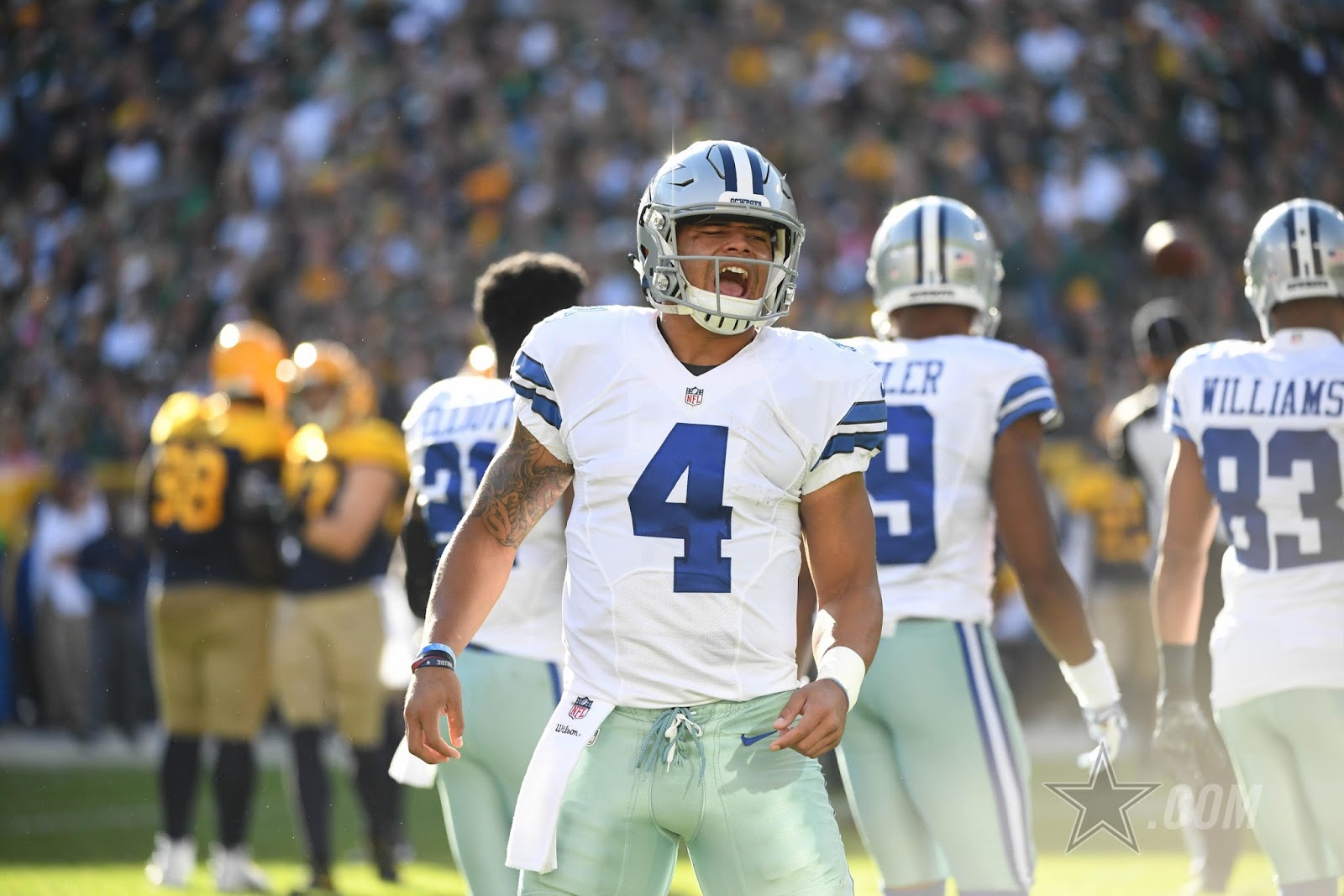 Dak Prescott has had an illustrious start to his career, and many have compared him to another injury replacement--Tom Brady. Both Prescott and Brady got their first opportunity because of an injury to the stars ahead of them, and never looked back once they seized the starting job. On Sunday against Green Bay, Prescott only enhanced the comparisons by breaking a rookie record held by Brady himself.

Brady started off his career by throwing 162 straight passes without an interception. That set an NFL record, which stood for 15 years--until Prescott came along. The Mississippi State product passed Brady on Sunday against the Packers, and then promptly threw his first NFL pick to end the streak at 176. It was without doubt a good run, spanning six weeks of action and seven passing TDs. But Brady fans shouldn't worry, because Dak is still staring up at another of Brady's records.

Until Sunday, Brady held the NFL record for most passes to start a career without a pick. However, he still has a commanding lead on the longest streak of passes without an interception, period. The NFL record, which he set in 2010, is almost double the rookie record: 335 passes. And with Prescott starting over, it doesn't look like that record will be challenged for a while.

It's been a wild start to the 2016 season, and Prescott has been a big part of it. The rookie has been playing great so far, but just breaking Brady's record doesn't mean he's even close to touching the GOAT--but replacing Tony Romo when he returns would be a big step in the right direction. For now, we'll just have to wait and see how it all plays out.