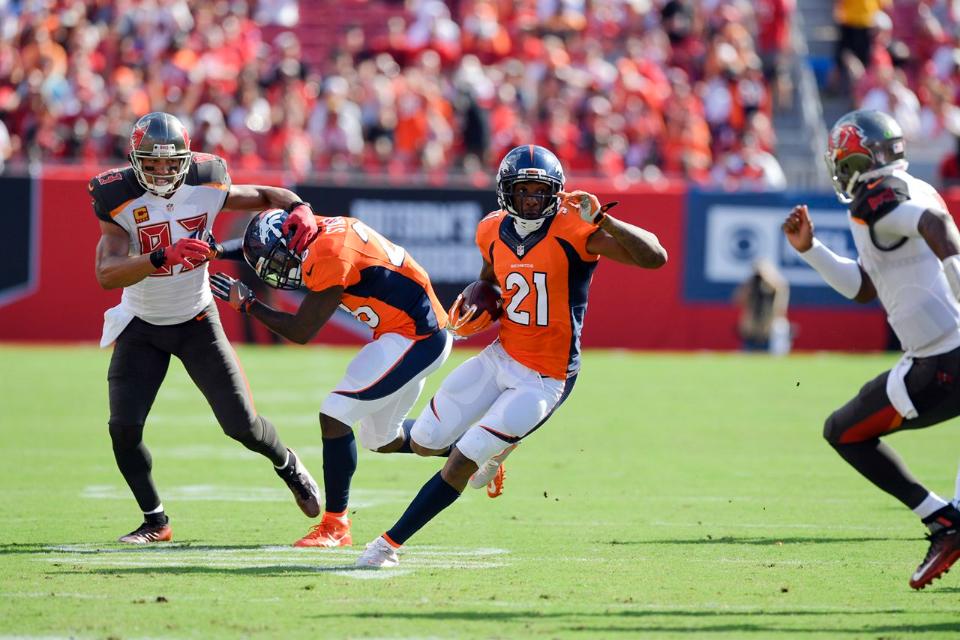 Only 44 men have ever been named Super Bowl MVP. Tom Brady has a winning record against 27 NFL teams. Only seven teams are valued at $2.5 billion or above. The NFL is full of exclusive lists. But there was one more exclusive, more elusive, than the rest.

Move over Plaxico Burress, it's time for Aqib Talib to join you in the I Shot Myself in the Leg by Accident club! (ISMLA for short). The Dallas Police recently finished their investigation of a June 5 incident involving Talib and a bullet. The result, while better than some other outcomes, wasn't exactly pretty. According to the fine boys in blue, Talib shot himself, and the bullet "entered into the rear of his right thigh then exited his right calf."

Talib was released from the hospital a day after the event, and has been playing alright this year, so it doesn't look like he's been affected too much by, well, accidentally discharging a loaded gun into his own body a mere two months before the start of the season. However, he's not out of the woods yet. The government might not pursue charges, but the NFL could still decide to suspend the Bronco corner for one or more games, depending on what they think of the incident.

While it's good to see a player like Talib make a full recovery, it's hard to imagine how he got himself in this situation in the first place -- he hasn't been a model of good behavior since his New England days, but this takes it to a whole other level. The fact that he's been busted before for drug and firearm possession doesn't help his case with Roger Goodell. Nothing has been decided yet, so we'll just have to wait and see, but expect some disciplinary action for the veteran--maybe Pats fans will have something to like about the NFL commissioner for once!