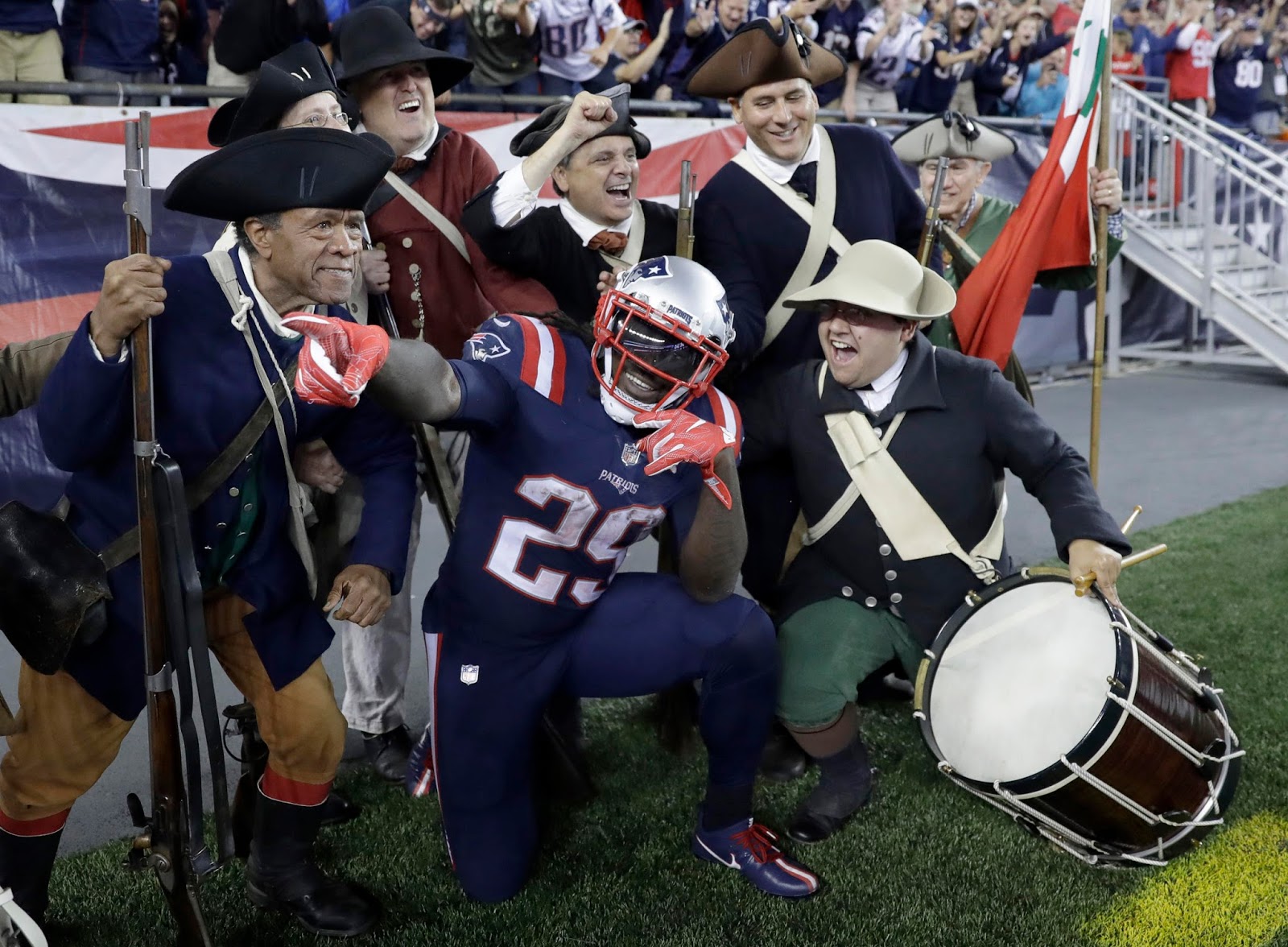 The Patriots are just one week away from Tom Brady's return, and they're looking to hold onto their undefeated record against the 1-2 Buffalo Bills. It's time to break down the fantasy matchups and figure out tomorrow's studs and duds.

His status was up in the air for much of the week, but it looks like Jimmy Garoppolo is in line to start on Sunday. That's a good thing for fantasy owners. Jacoby Brissett was effective against the Texans, and guided the offense masterfully, but with Garoppolo back Bill Belichick should air the ball out more. If his performance against the Dolphins was any indication, expect for him to throw a lot of short and intermediate passes, with the occasional deep strike to one of his myriad weapons. For the Bills, Tyrod Taylor has been effective in spurts, but at other times he's suffered from poor decision making, leading to costly turnovers. Leave him on the bench against a ball-hawking Pats defense this week. 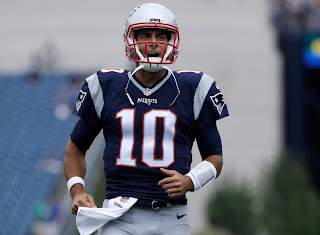 LeGarrette Blount has been on an absolute tear lately, and there's no reason to think he'll slow down. The Bills have been iffy against the run, surrendering big yards to both Matt Forte and David Johnson. After eating up a stout Texans D in Week 3, expect for the bruiser to get the rock early and often. Start him if you have him, no questions asked. For the Bills, LeSean McCoy is usually a top fantasy option, and there's no reason to think he can't produce this week. The Pats held Lamar Miller to 3.8 yards per carry last week, but he still grabbed 80 yards on the ground and more receiving. McCoy is a huge scoring threat, and he's the focal point of the Bills offense in a way Miller isn't. Temper expectations, but still keep him in your starting lineup. 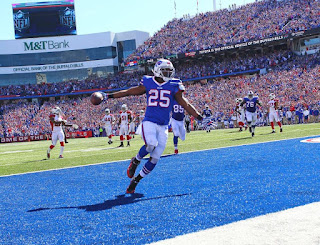 This week should be a big one for the Pats wideouts. They've historically excelled against the Bills, and they will face a secondary that has been burned by back-to-back opponents. As long as the QB keeps the ball out of the Bills' hands, New England has a chance to produce through the air. For Buffalo, it will be the exact opposite. The Bills placed Sammy Watkins on IR this week, meaning that they're down to veteran Robert Woods and boom-or-bust Marquise Williams as their starting receivers. With mistake-prone Taylor at the hem and a turnover machine of a Patriot secondary on the other side of the field, leave the Bills receivers on your bench this week.

This week could be the long-awaited return to dominance for Gronk, but either way the Pats still have the edge. Martellus Bennett has been exceptional over the first three weeks, and New England has taken a conservative approach with Gronk--instead of rushing him back, Bill Belichick is going to wait until he's at 100%, and they way Bennett has been playing it's hard to blame him. For the Bills, Charles Clay is serviceable but not great. He'll get a couple catches, but don't get your hopes high for a spectacular game--the New England D is great at shutting down opposing tight ends.

This game could go either way. Expect for the Pats D to allow some yards to the Bills, but capitalize off of turnovers en route to the better fantasy showing. If you have them, start them and don't think too much about it. The Bills, on the other hand, aren't worth a streaming play, and if you have them, you should probably drop them this week. Kickers-wise, Stephen Gostowski is still great, and Dan Carpenter is alright as well. Both are a fine start, but Gostowski should do better.