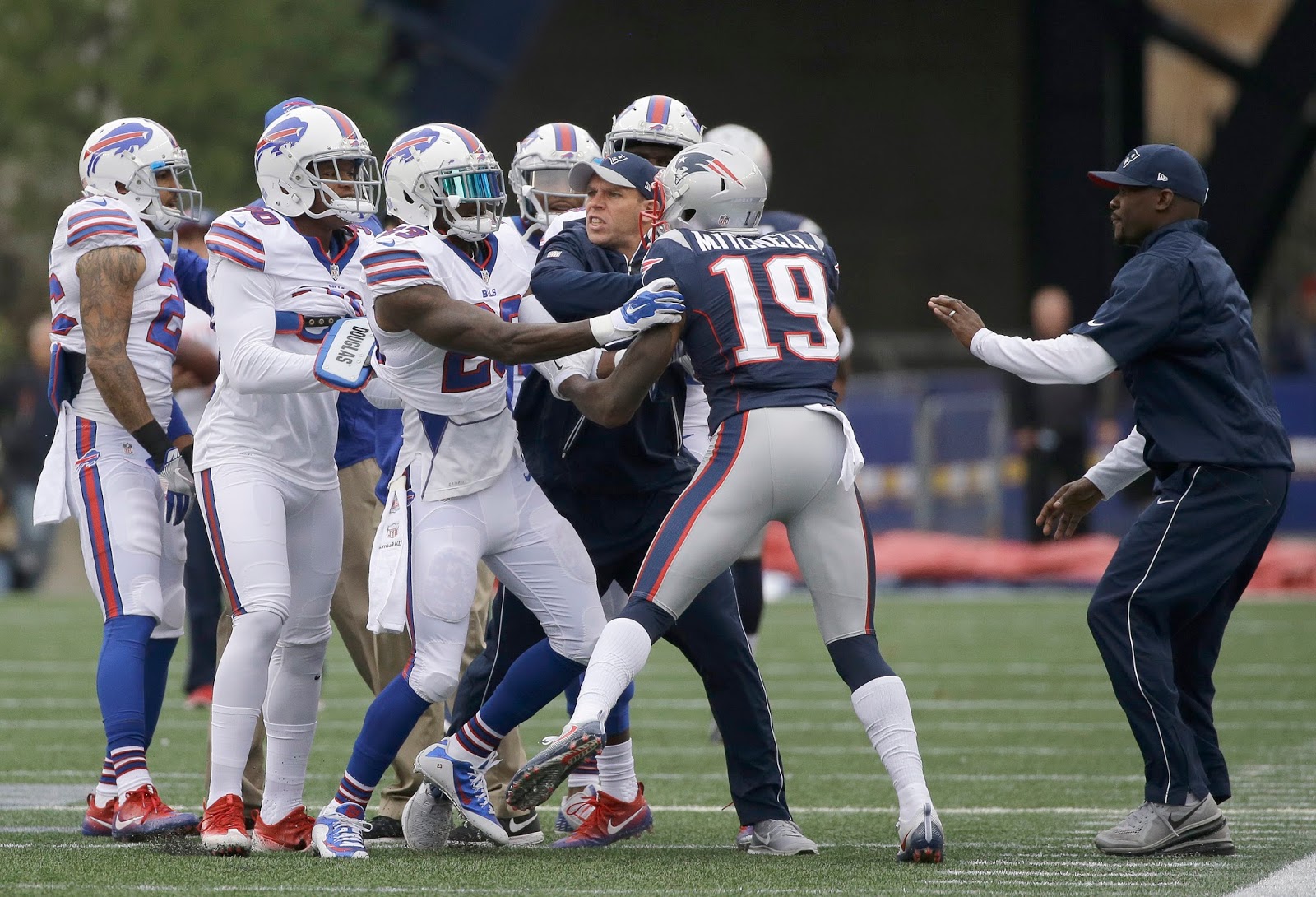 Malcolm Mitchell might be a rookie, but he still isn't afraid to stand up for his teammates in a fight. In pregame warmups before the Pats faced the Bills on Sunday, Buffalo DB Robert Blanton planted his shoulder into New England's Jacoby Brissett. While the quarterback just kept jogging, Mitchell didn't let it slide, leading to a scrap that involved the entire Bills secondary and took multiple coaches to resolve.

"At the time, I did what I thought was best. Am I right or wrong? I don't know. I just did what I thought was best at that particular time." In any case, Mitchell said that his coaches didn't talk to him about the incident later that day, and that he only wanted to help the team by sticking up for Brissett. Finally, he said, "let's just hope we're not in that situation again."

It's something all Patriots could agree with. After the scuffle, they were upset by Buffalo at home and lost 16-0 in a game where they struggled to get going offensively. This week, they hope to rebound in Cleveland against the Browns in Tom Brady's return. As Mitchell said, it's all about the team at the end of the day. Hopefully New England can move past the scuffle (and the loss) and focus on getting the road win.

Watch the video of the fight here