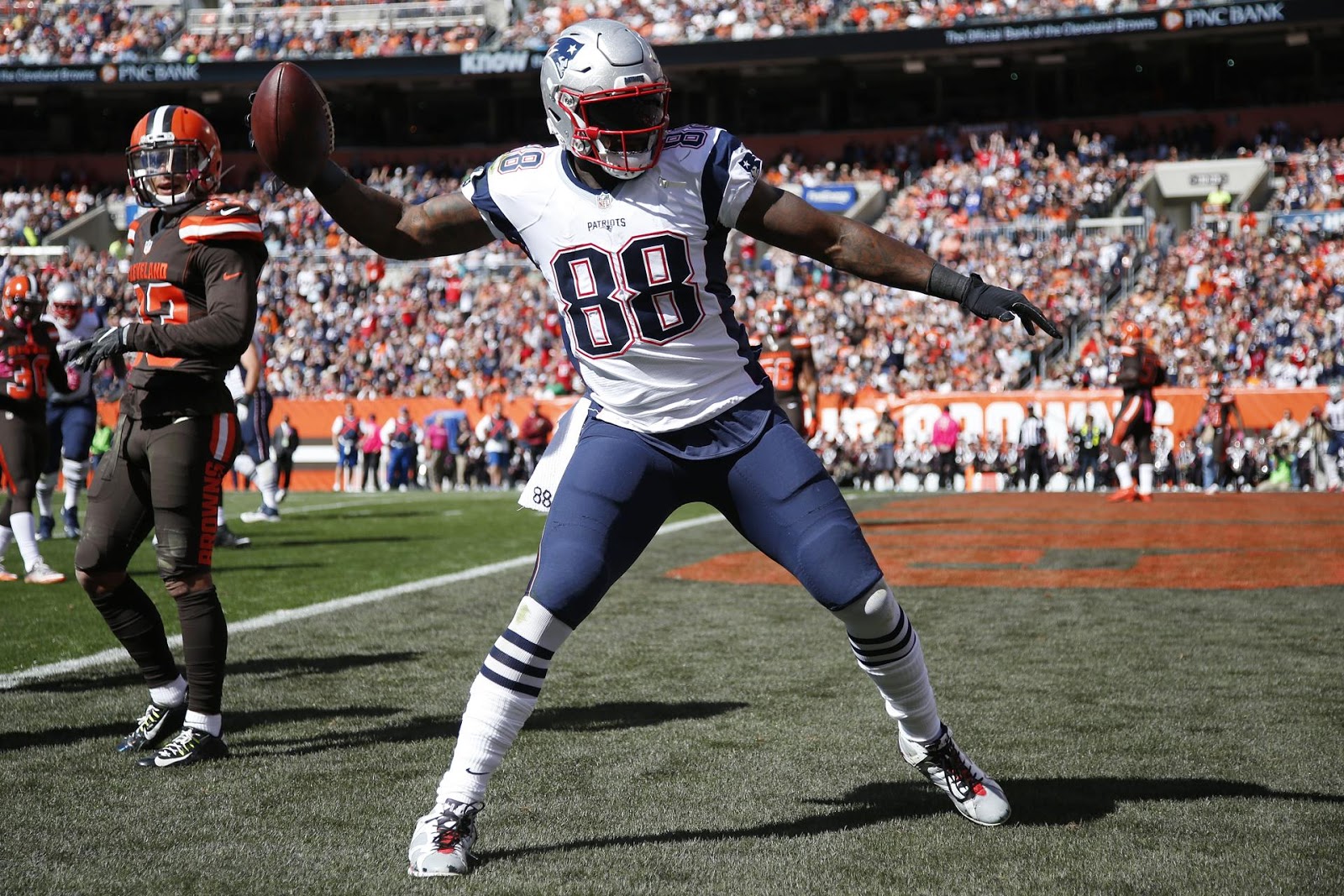 The Patriots cruised last week in Cleveland, and Martellus Bennett was a big part of the fun. The New England newcomer caught a trio of Tom Brady touchdowns, and after the first, attempted a Gronk-style spike. Unfortunately for him, it went a bit haywire.

Bennett himself said that "the form looked great." It made for an awesome snapshot, but unfortunately Bennett couldn't close the deal--the pigskin went sailing out of the back of the end zone. As the tight end described it, "'Man, if they just hold this still, it would look great.' The ball just slipped out of my hand."

Fellow tight end Rob Gronkowski had his own take on the situation. "It happens. It was pretty funny that it slipped like that, but I’ve got to give him credit for the windup. Did you see the windup he had? A+ there." It's possible Bennett was just trying to imitate his partner with the move. After all, Gronk is known around the league for his vicious spikes--but Bennett disagrees.

“I usually don’t spike. I’m not a big celebration guy. But in that moment, I was just like, ‘Spike this thing.’ I came back from being hurt (earlier in the game), and I thought it was good. I don’t know what happened, honestly. It was like trying to grip a pumpkin.”