The Patriots QBs have been flawless this season. Why? 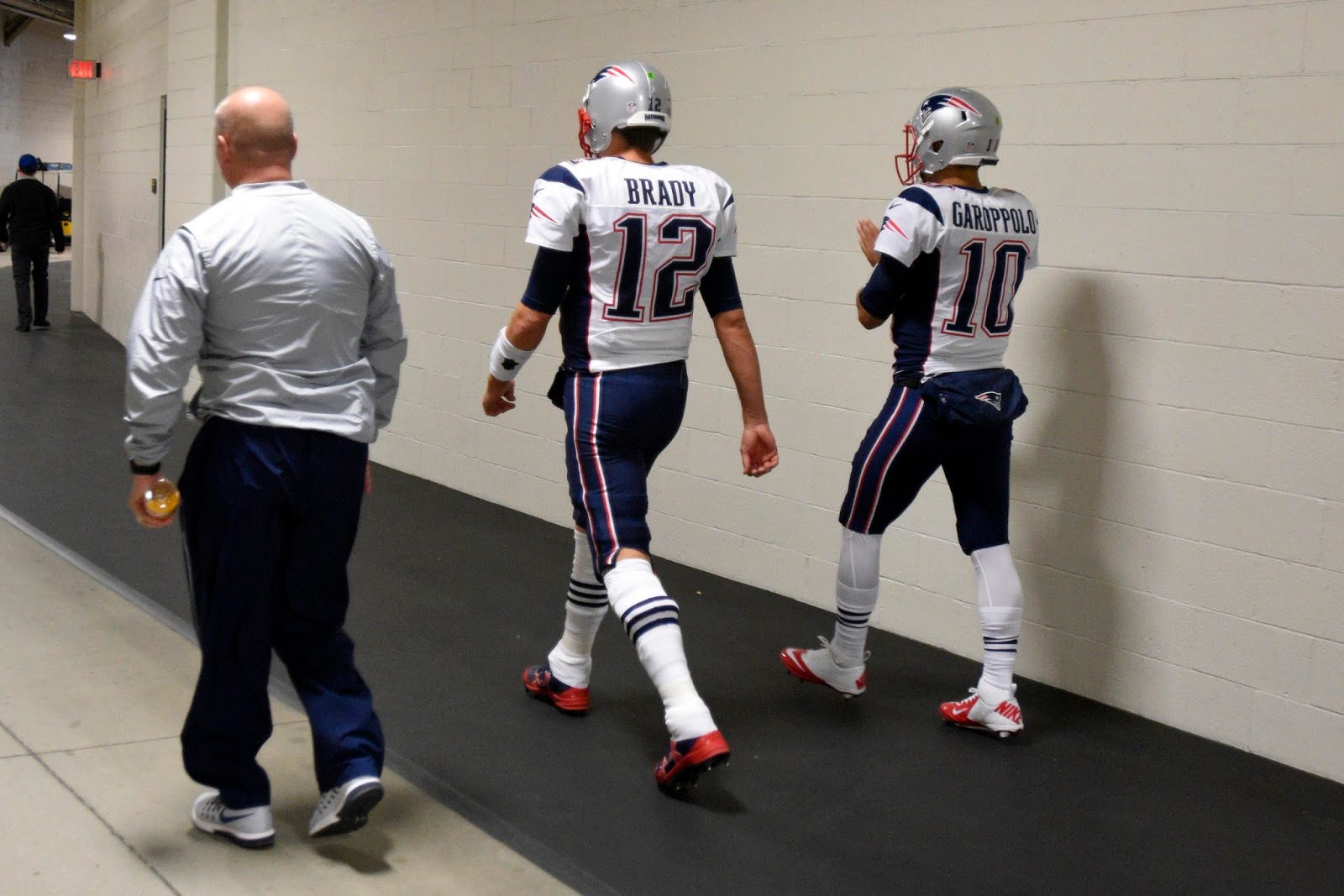 It's not hard to look good on offense when you've got the greatest of all time under center. But with Tom Brady's suspension to start the year, the Patriots had to navigate a front-loaded schedule with two virtual rookies under center. Despite the stress, neither Jimmy Garoppolo nor Jacoby Brissett threw an interception in roughly two games of work each. And after Brady returned, the QB play has only improved--meaning as a whole, the Patriots are the last team in the league not to throw a pick.

While there were some hiccups along the way, including a 16-0 home loss to Buffalo (who the Patriots face on the road this week), the suspension went far better than anybody thought. Most of that was due to exceptional game planning by head coach Bill Belichick. Garoppolo grasped much of the offense because of his three years of experience in the system, but for the rookie Brissett, Belichick pivoted to a wishbone-style misdirection offense that culminated in a 27-0 pasting of the Houston Texans.

That game plan left Brissett with simplified reads and easy throws, but took advantage of his running ability at the same time. Most plays were power runs with LeGarrette Blount, wearing down the Houston D-line, and Brissett primarily passed out of bootleg plays, which have simple reads and shorter throws--along with the ability to tuck and run, as the rookie did for a 27-yard score. For Garoppolo, Belichick modified the normal offense to include more quick timing throws with higher completion rates in order to boost Jimmy's confidence and effectively move the team down the field. Danny Amendola and Martellus Bennett were the prime beneficiaries, as they saw much more targets on short out, curl, and screen routes. It wasn't very pretty, but the gamplan worked, leading New England to a win and protecting their lead in the AFC East: mistake-free football at its finest.

While the two backups both performed far better than expected, neither one is Brady. Thanks to Belichick, though, they were able to minimize their mistakes and keep the team in position to win. In true New England fashion, they went 3-1--not the flashiest, but still getting the job done. Even better, the Patriots with Brady could very well run the table, setting them up for the top seed in the AFC and an easier road to Super Bowl LI. When the team looks back at this start, they've got one big thing to thank: mistake-free QB play. And who to thank? That's easy: Bill Belichick.