The Pats defense is bending. Will it break? 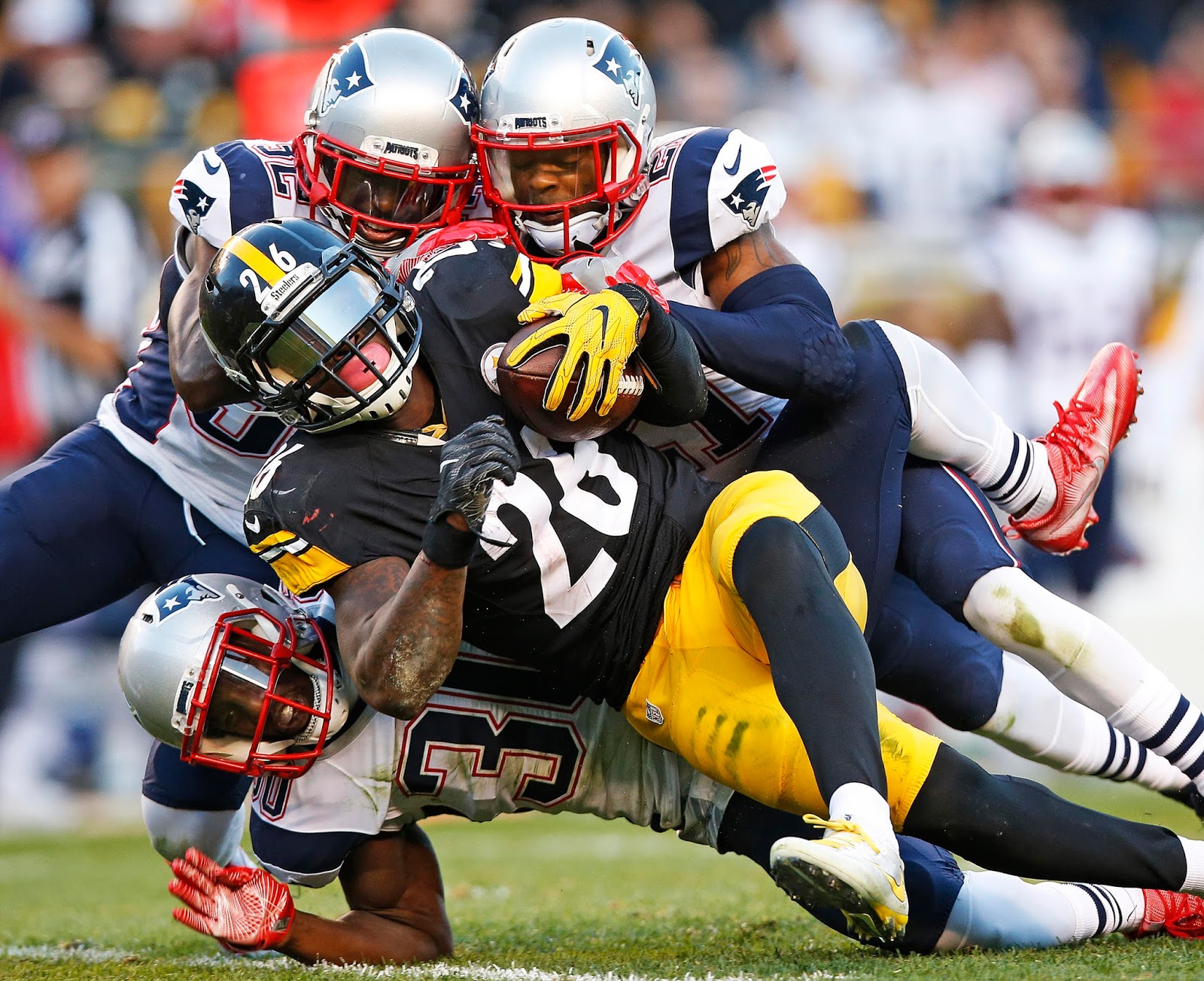 By a lot of defensive metrics, the Patriots defense is doing fine. It's allowed 107 points, fewest in the NFL among teams who have played all seven weeks, held opponents to 12 TDs, and has only given up 15.2 points per game. That being said, there is more beneath the surface, some of which is fairly troubling.

The Patriots are surrendering 5.39 average yards per play to their opponents, and the defense has given up big days to Ryan Tannehill (387 yards), Landry Jones (281 yards as a backup), and Carson Palmer (104.7 passer rating). While they clamp down once an opponent crosses the 50-yard line--On Sunday, Pittsburgh only scored 16 points after passing New England's 40 six times--it's reasonable to wonder when the luck will run out.

Statistically speaking, all outliers regress to the mean eventually. The Patriots scoring defense has definitely been an outlier so far--and their early-game performance is telling. Their past two opponents, the Bengals and Steelers, have managed to keep the games close into the third quarter before the New England offense clicks into high gear. The halftime scores? 10-7 and 14-10 Patriots, respectively--not inspiring if the offense fails to produce in the second half.

The defense has been stifling opponents in the red zone so far, but it's still giving up a boatload of yards and relying on last-minute offensive surges to bail it out of close games. With the talent on that side of the ball (Jamie Collins, Malcolm Butler, Malcolm Brown, Dont'a Hightower, Devin McCourty, et. al), there shouldn't be any excuses here. You can only stop a potent offense so many times before it pushes through, and it looks like New England might be aiming to test that limit--unless there's some quick improvement in yardage allowed and first-half defense, expect the floodgates to open. And at that point, it might even be tough for Tom Brady to stop the bleeding.