To win, Pats defense must improve on third down 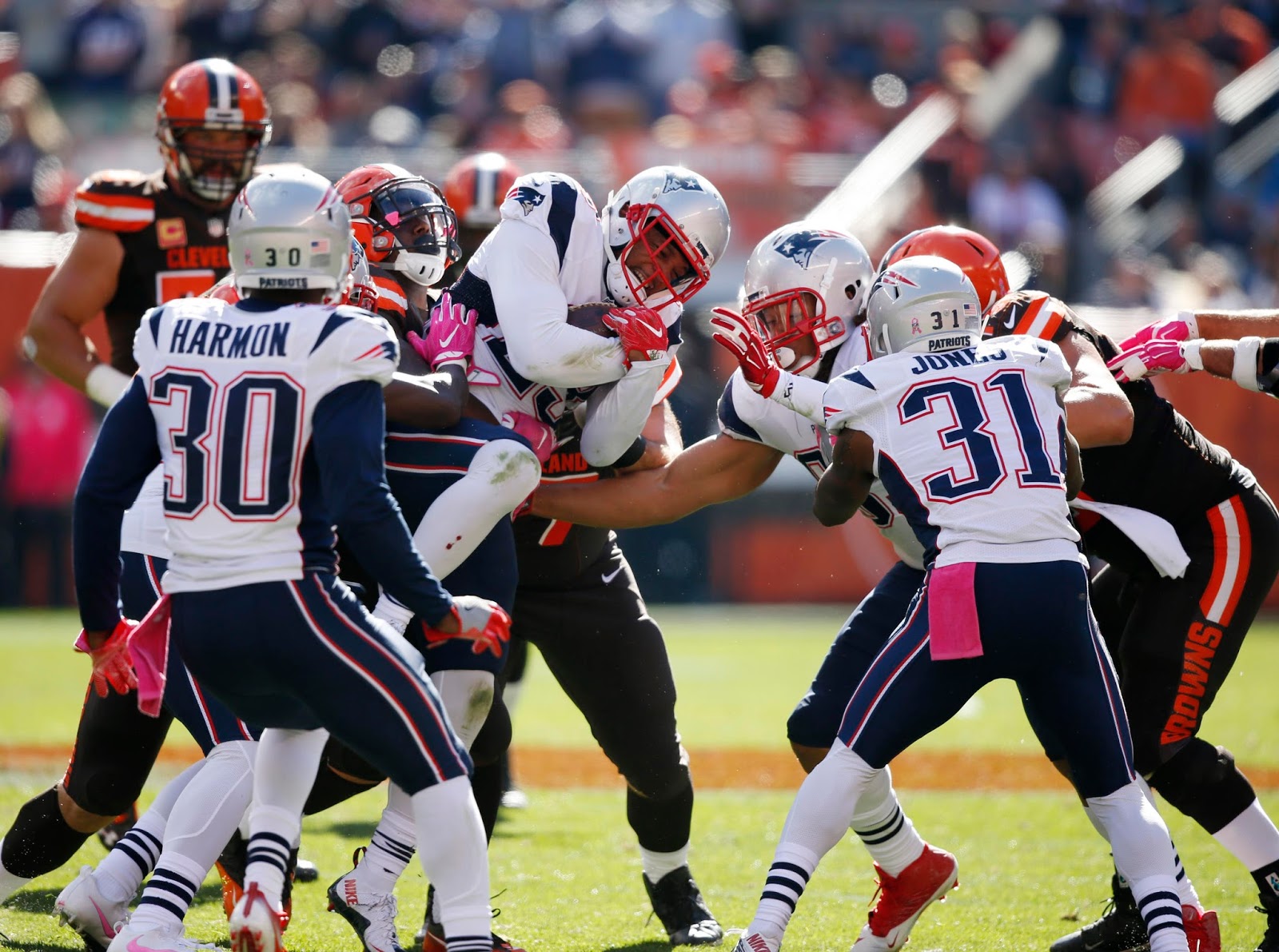 The Patriots defense ranks in the top ten in many categories this season, but they're lagging in one crucial aspect--third down. Even though they're second in the NFL in yards allowed per game and tenth in yards allowed per play, they're letting opponents convert almost 45 percent of their third downs--27th in the league.

New England, with Tom Brady, has easily handled both the Bengals and the Browns--both teams that aren't very good on third down. This week, the Pats face the Steelers, who have been among the league's best teams on third down. Even though they don't have Ben Roethlisberger, they currently rank fifth in the league, with a 46 percent conversion rate. And with Le'Veon Bell and Antonio Brown, their offense is still extremely explosive. It's one of the Patriots' biggest keys to victory this week, and the players know it.

Safety Devin McCourty summed it up pretty well when he said, "That's not that good, huh?" But the story goes beyond that. "I'd be lying if I said that wasn't one thing we've talked about over and over again, that we need to get better at and we need to focus on it."

Even more specific, he said that" third down is all about matchups. You've got to win individual matchups. Whether it's in the pass rush, whether it's in coverage, you've got to go out there, and somebody has to make a play to get off the field." Linebacker Dont'a Hightower agreed. "One of the biggest things we want to do on defense is to try to get off the field on third down. To be able to give the offense, Tom [Brady], give those guys the ball. We do really good on first and second downs, and then third downs have been a little bit of trouble for us."

While it's not a good trend, there's plenty of time to fix it for the Patriots, and a statement win over the Steelers would go a long way towards that goal. We'll see how things shape up later today, but hopefully Bill Belichick and the defense can figure out the solution sooner rather than later.