Watch out NFL: Gronk is back too 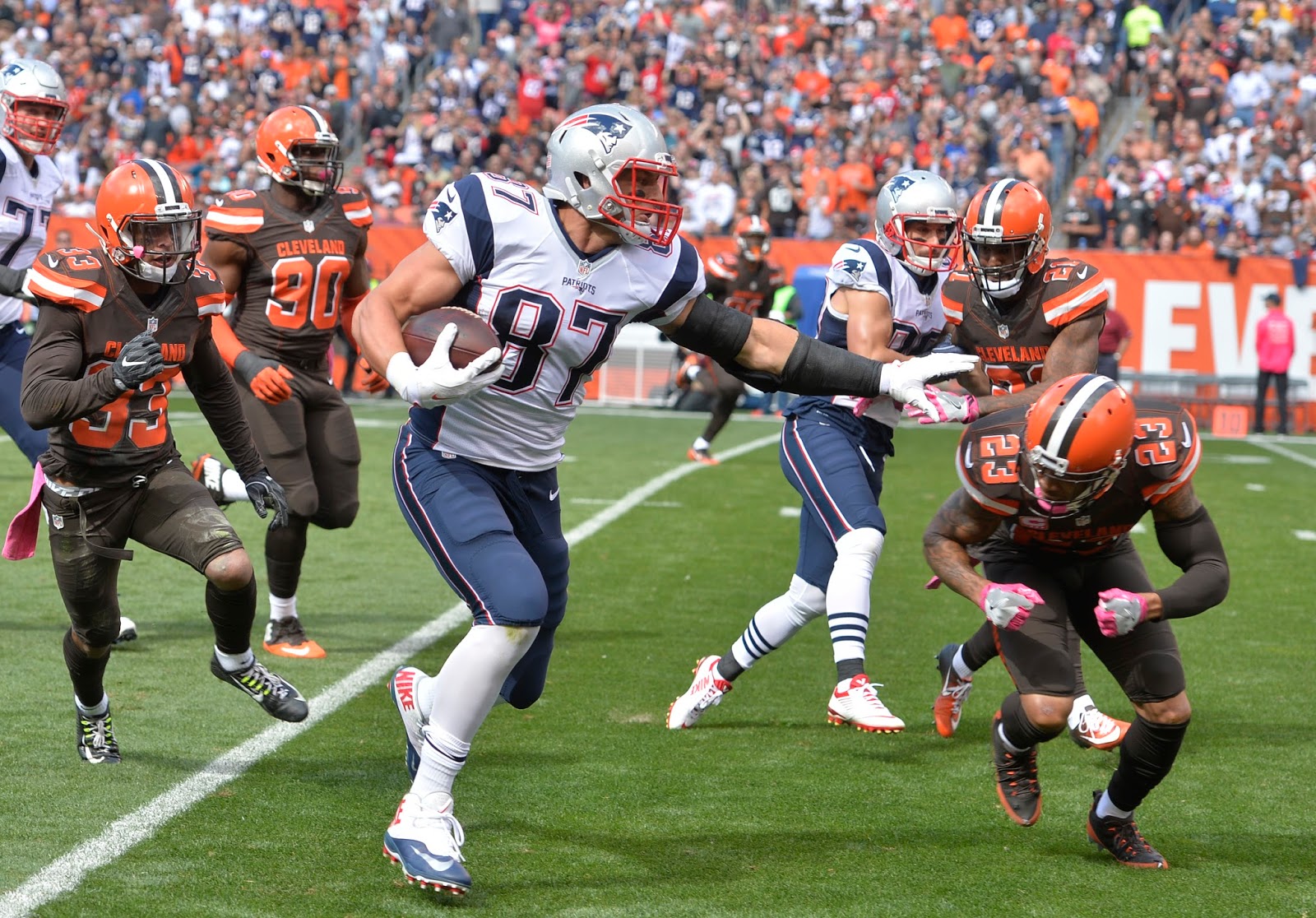 Tom Brady returned on Sunday and lit up the Cleveland Browns to the tune of 406 yards and three scores. But lost in the hype over the greatest QB of all time was the return of another All-Pro player: Rob Gronkowski. While the tight end has played in the Pats' past two games, he only had one catch on the year coming into the game. That all changed in Cleveland. While the three touchdowns went to Martellus Bennett, Gronk recorded 5 catches for 109 yards and took plenty of Browns defenders along the way with him.

After the game, Gronk dished on how it felt to be back in the driver's seat after a disappointing first month of the season. "I felt a lot better this week and now I'm getting back to my old self, so I feel great. I love playing football when I'm back to myself." He also had some praise for Bennett, his partner in crime. "It was great, that's why it's a team game. The two defenders come to me and leave Marty in the red zone one-on-one. So it gives other people opportunities to capitalize on them...He's a great dude to work with. We've been waiting to get together and be healthy together."

But the best part? Gronk's talk about his quarterback--including a new word he made up: ampness. As in, "everyone was intense today. Everyone was amped up. Tom always brings the ampness." Somebody get Merriam-Webster on the phone!

It was a triumphant return for both Brady and Gronkowski, and the whole team felt the ampness. Let's hope they can keep it up next week against the Bengals.