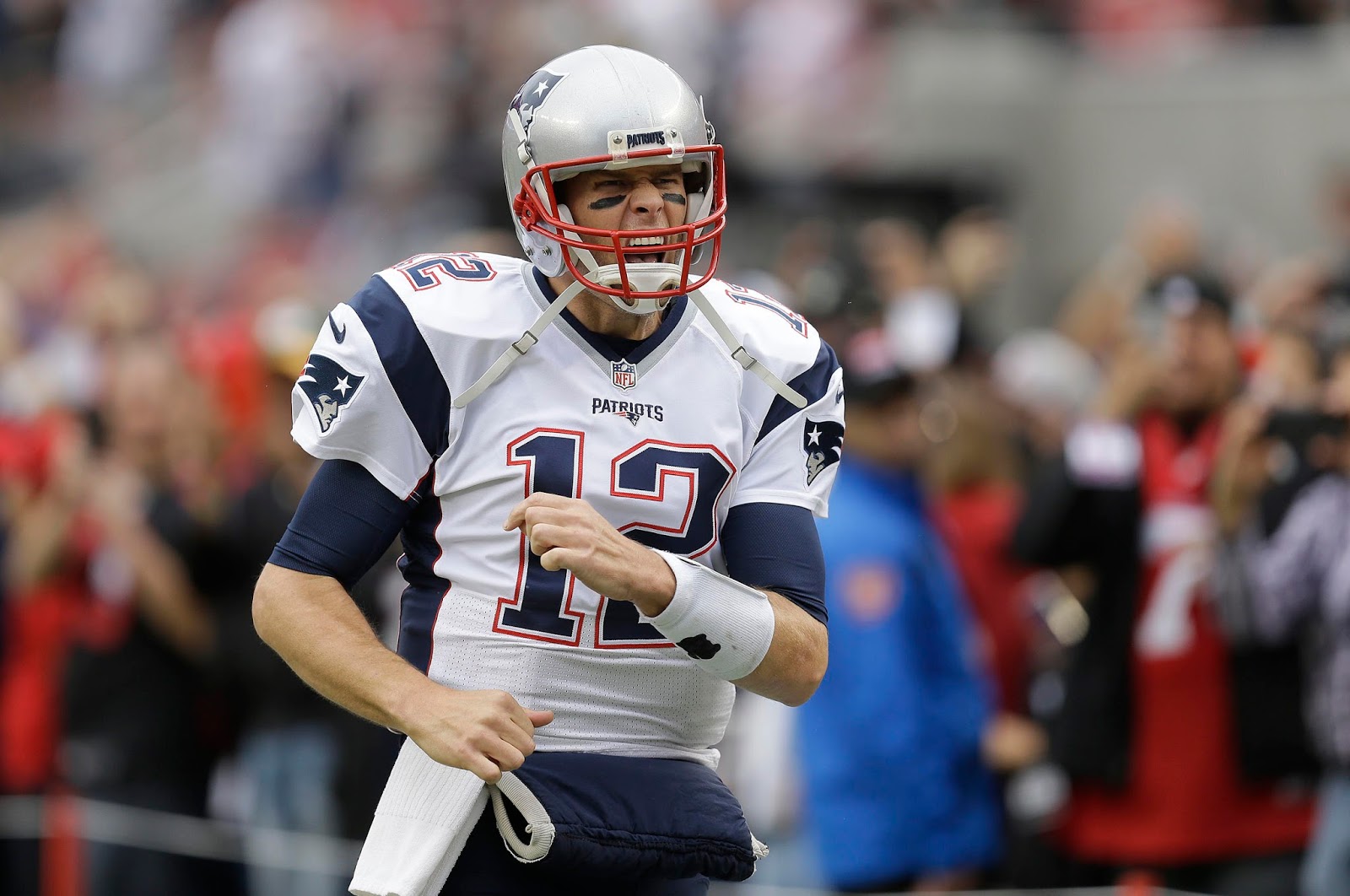 After a bounce-back performance against Tom Brady's hometown team, the Patriots return to the Northeast to face the New York Jets on the road. While divisional games are always tough, the Pats should have an opportunity to produce on offense against a suspect Jets secondary--if they can get past a stout front seven. Let's break it all down and find out how they'll do.

If you were scared by Brady's performance against Seattle, he most certainly calmed your fears last week. Despite the downpour in Santa Clara, the QB still threw for an impressive 280 yards and 4 TDs. Thankfully for fantasy owners, Brady should have a similar performance this time around--the Jets' secondary, with an aging Darrelle Revis, has been highly suspect this season. Once again, put the Patriots QB in your lineup in all leagues. For the Jets, Ryan Fitzmagic Fitzpatrick has been announced as the starter, but that doesn't make him startable. Keep him on the bench. Enough said. 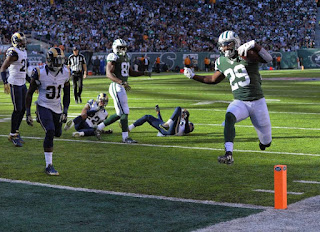 LeGarrette Blount had another solid day against San Fran, and he would have added a TD to his 124 rushing yards if the Pats hadn't decided to kneel on the goal line in the waning seconds of their win. However, temper his fantasy value this week against a stout Jets front--he should find the end zone, but don't get overly excited about his yardage potential. Dion Lewis also returned on Sunday and impressed, even if he only saw limited snaps. Expect for him to further cut into James White's playing time as he shakes off his injury rust. For New York, Matt Forte has been a solid, if unspectacular choice. He should get decent yardage against the Patriots defense, but his fantasy value will hinge on whether or not he can find the end zone. With Fitzpatrick at quarterback, he should get plenty of tries to do so. Bilal Powell, New York's main receiving back, has scored most of the team's TDs through the air recently. That being said, without finding the end zone his value will be slim. Don't bank on it.
LeGarrette Blount: 13 points
72 rushing yards (7 points), 1 rushing TD (6 points)

With Chris Hogan absent, the rest of the receiving corps stepped up in a major way last week. This week, Hogan is questionable--but even if he returns, Malcolm Mitchell has suddenly become relevant in fantasy. He's a gamble, but he should see a lot of single coverage, and he's clearly earned the trust of Tom Brady. Outside of him, Julian Edelman remains startable (especially in PPR), but I would bump Danny Amendola below Mitchell this week. The rookie sees a similar number of snaps, and he's a bigger deep threat than Amendola. Yes, it's risky, but I think Mitchell has a solid day on Sunday. The Jets wideouts, on the other hand, have been severely underwhelming of late, and the QB mess doesn't help matters one bit. Look for Brandon Marshall to continue his latest slump on Sunday. 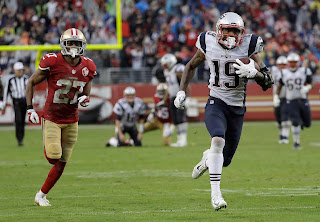 It doesn't look like Rob Gronkowski will play for the second straight week, which leaves Martellus Bennett as the Patriots' lone fantasy option. While he was pretty quiet against San Fran, I still believe he can get back on track here. Temper expectations, but he is startable. Unfortunately, the Jets don't feature any fantasy-relevant tight ends, so no projections here.

At this point, the Patriots D is startable only because they're facing Ryan Fitzpatrick--and they might even make him look good. Keep them in your lineup for now, but it's a dicey move. The Jets, on the other hand, look like they're Tom Brady's next victim. Bench them. Stephen Gostkowski missed another extra point, but he was in a rainstorm and the turf was soaking wet, so he should get close to a pass. The Jets' Nick Folk is doing so poorly his wife had to blast the New York Daily News for him. Enough said.

That just about wraps up this week's fantasy breakdown! Thanks for reading, and best of luck to you this week. I hope you and your family have a wonderful Thanksgiving!