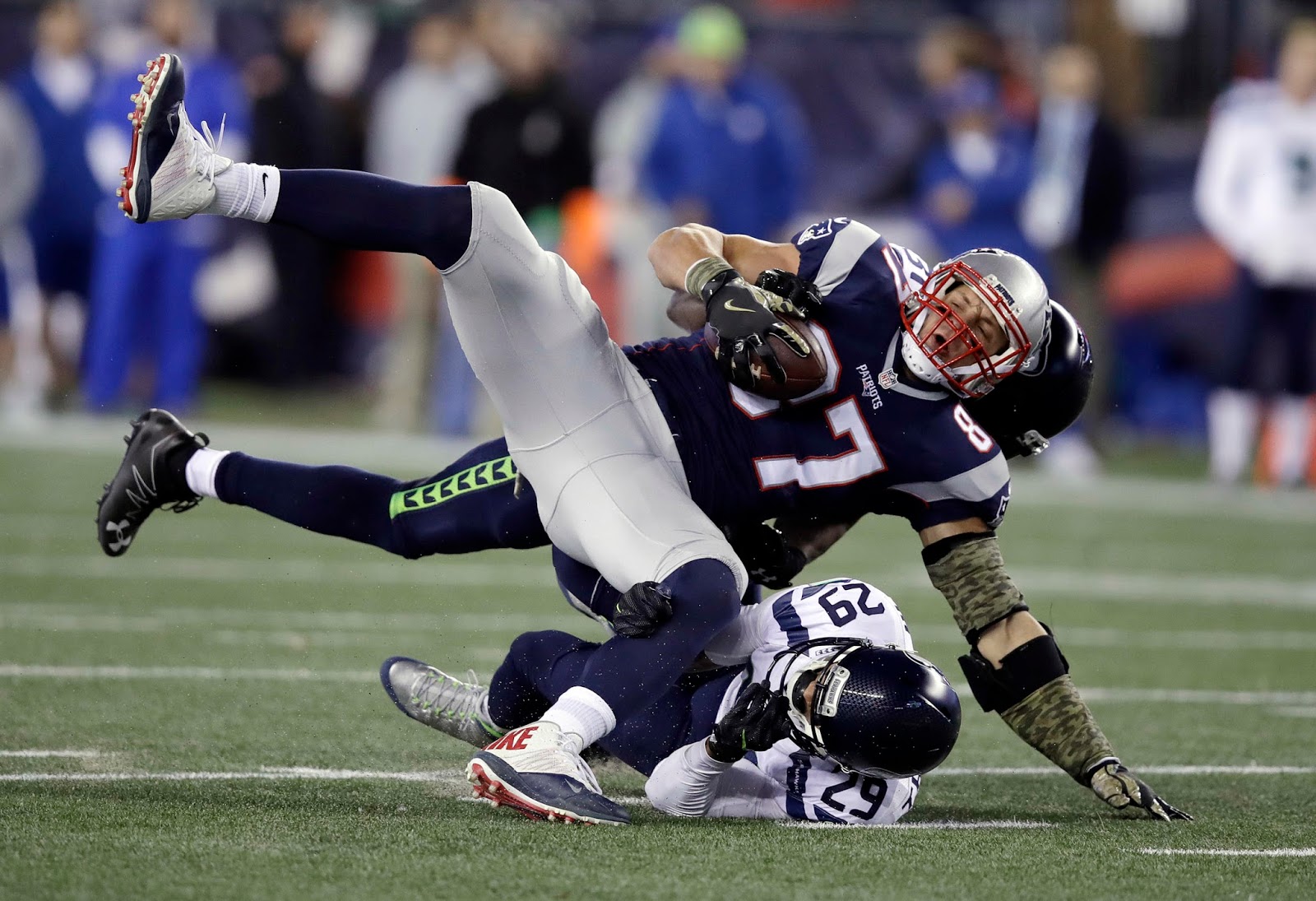 Monday hasn't been too good to Patriots fans yet, but it might be a bit better with this new news. Earlier today, the NFL Network's Ian Rapoport reported that Rob Gronkowski may have punctured his lung in New England's loss to the Seahawks, sending Pats fans everywhere into a frenzy.

Sources: #Patriots TE Rob Gronkowski suffered what is believed to be a punctured lung on Sunday vs. #Seahawks. But could miss just one game.
— Ian Rapoport (@RapSheet) November 14, 2016

Rapoport was cautious in his reporting, noting only that he "may" have suffered the injury, instead of confirming it outright. It looks like that's paid off for him. ESPN's Adam Schefter has contradicted the earlier report, saying that Gronk's injury is not a punctured lung, and is not as serious as first thought.

Being told Patriots TE Rob Gronkowski has a chest injury - not a punctured lung - that is considered "not overly serious."
— Adam Schefter (@AdamSchefter) November 15, 2016

If the veteran insider is correct, it would be a massive relief for New England. Schefter doesn't mention it here, but the implication is that the injury might not preclude the All-World tight end from playing on Sunday against the 49ers.

We don't know enough yet to confirm Schefter's report, but it would definitely be a big boost for a Patriots team looking to rebound from a tough loss. Stay tuned for updates.