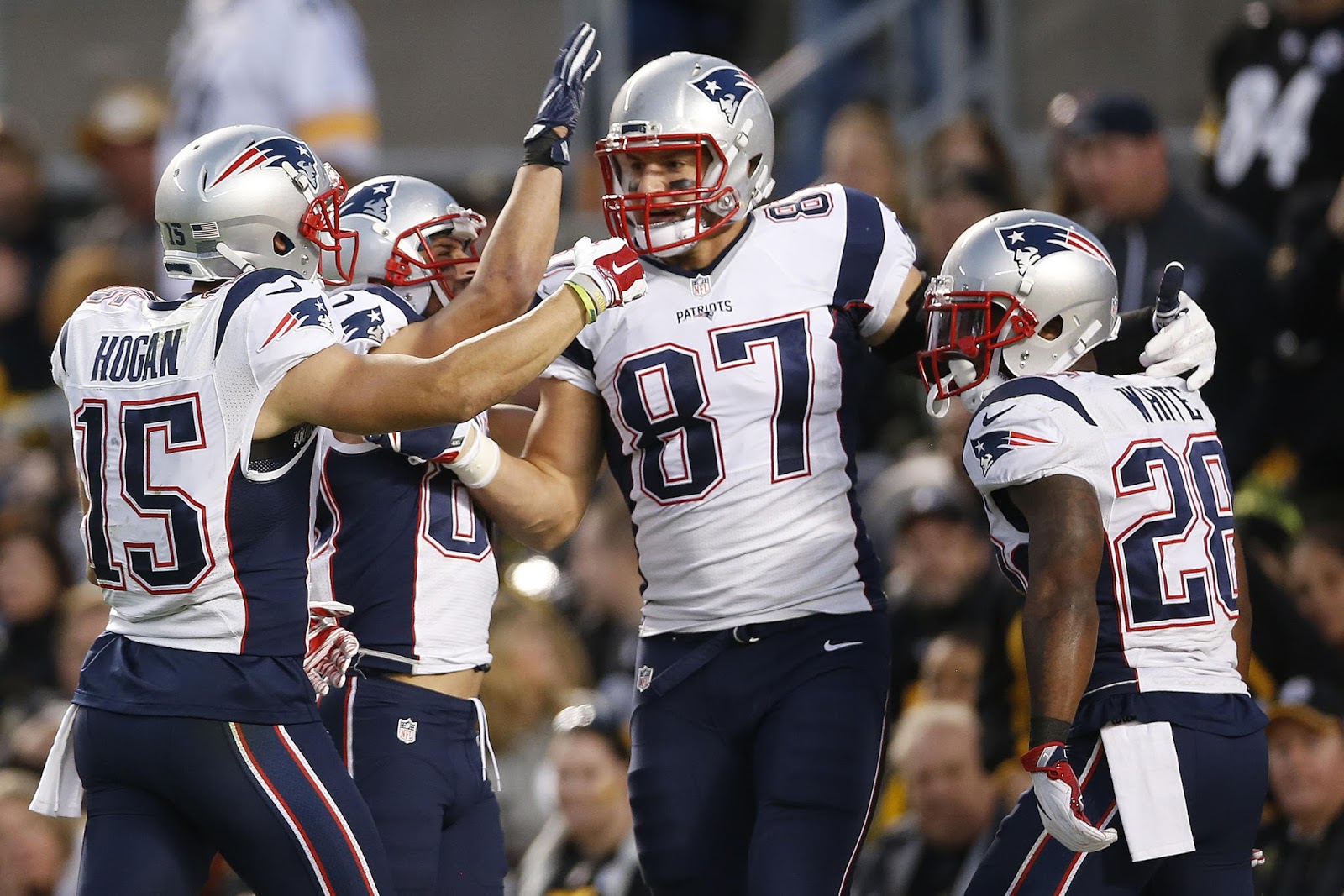 Rob Gronkowski just broke the Patriots' franchise record for receiving TDs, and he had a few special words for his mother after the fact.

In a postgame press conference, the All-Pro tight end dished on how it felt to set the record with an too-perfect 69. But then, he threw the reporters a curveball: "The first thing yesterday - we sat down, I saw her - she came to my hotel with everyone. We sat down and she goes, 'Rob, I'm so proud of you when you score your 69th touchdown.'" Of course, no Gronk 69 quote is complete without a giggle at the end, and this one was no exception.

Finally, in his own words, Gronk said, "'I was like, I gotta give her a shout-out, you know?'" Well then, consider the mission accomplished.

This has certainly been a great week for Gronk soundbites, from him openly laughing at the mention of scoring his 69th TD to thanking his mom after reaching the milestone. It's been an even better week for him on the field, as he became the all-time franchise leader in receiving TDs and continued a recent torrid streak. With Tom Brady and Gronk playing together again, the Patriots are looking unstoppable--and hopefully they'll keep smashing more records all season long.