Jamie Collins: "Of course" my play dropped off this year 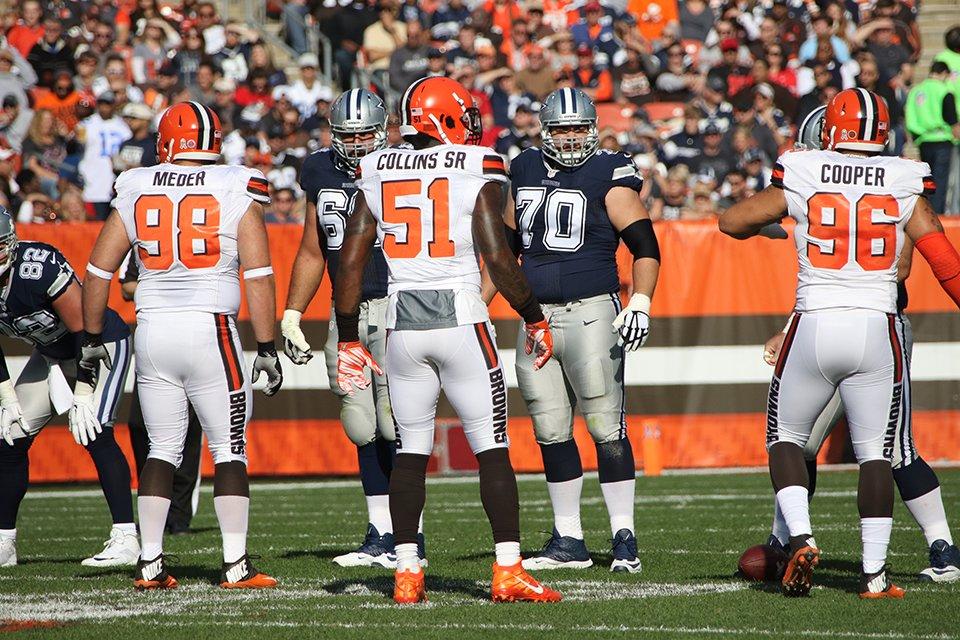 Jamie Collins has gone from the AFC's only 7-1 team to the NFL's only 0-8 one, but he's not complaining. Instead, the former Patriot says his time with the team was "fun while it lasted," but he's moved on completely.

Dan Shaughnessy caught up with the new Browns linebacker over the week, and some of his responses were, well, unexpected. Right off the bat, he acknowledged that his play this season was not as good as in previous seasons, saying "Of course, but everybody has ups and downs. There's a time for everything. My time is now." It's a bit odd that he didn't seem to think his time in New England was "his time" as well, considering how well he played for the Pats. Was money the reason? Collins denies it.

To end the interview? Collins said, "All I care about is the Cleveland Browns...it's a business. At the end of the day, I'm still getting money, man. I'm still getting money, I'm still moving on, and I'm still here playing." It remains to be seen whether or not the Patriots will miss their former star, but he certainly seems happy to be with the Browns. What else remains to be seen? Whether he'll be so happy when he's sitting at home in January.