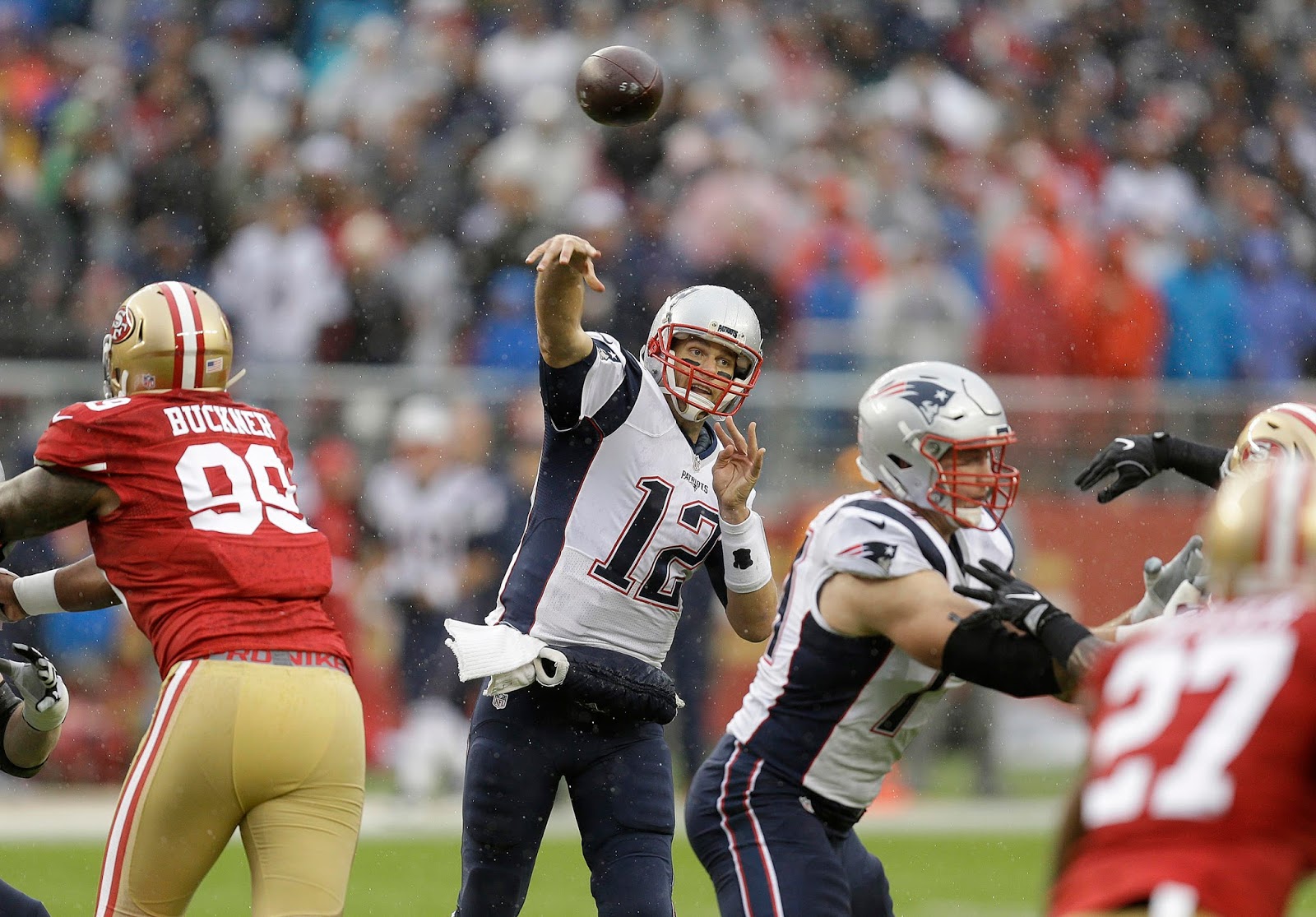 The Patriots easily defeated the 49ers on Sunday, 30-17, and they etched some more names in the record books as well. Tom Brady tied Brett Favre for the NFL's second-winningest QB ever, and the team became the 5th ever to go 16 years without a losing season.

With his 199th win ever, Tom Brady tied Brett Favre for second-most wins ever in an NFL career on Sunday. Better yet, Peyton Maning holds the #1 spot--with only 200. That means Brady can tie the record next week against the lowly Jets, and break it before the playoffs this year. It would be another entry on a Hall of Fame resume--one that might include an NFL-record fifth Super Bowl win after this February.

The Patriots as a team also set a record for wins on Sunday. With their eighth win this year, New England will at worst go .500--meaning this will be their sixteenth consecutive year without a losing record. That's right: Tom Brady has never suffered through a losing season The last time the Patriots finished below 8-8 was in 2000, with Drew Bledsoe at the helm (they went 5-11). New England is only the fifth club to accomplish such a feat in NFL history. The last? The Dallas Cowboys, who had a streak of 20 consecutive non-losing seasons, from 1965 to 1986.

Thankfully for the Pats, a losing season is nowhere in sight, which should give both Brady and the team opportunities to best two extra records: both the all-time QB wins record and the consecutive non-losing seasons record. And with the way things are looking so far, they should have plenty of opportunities to break even more all-time marks before the season is out.