Are the Patriots headed to Mexico City in 2017? 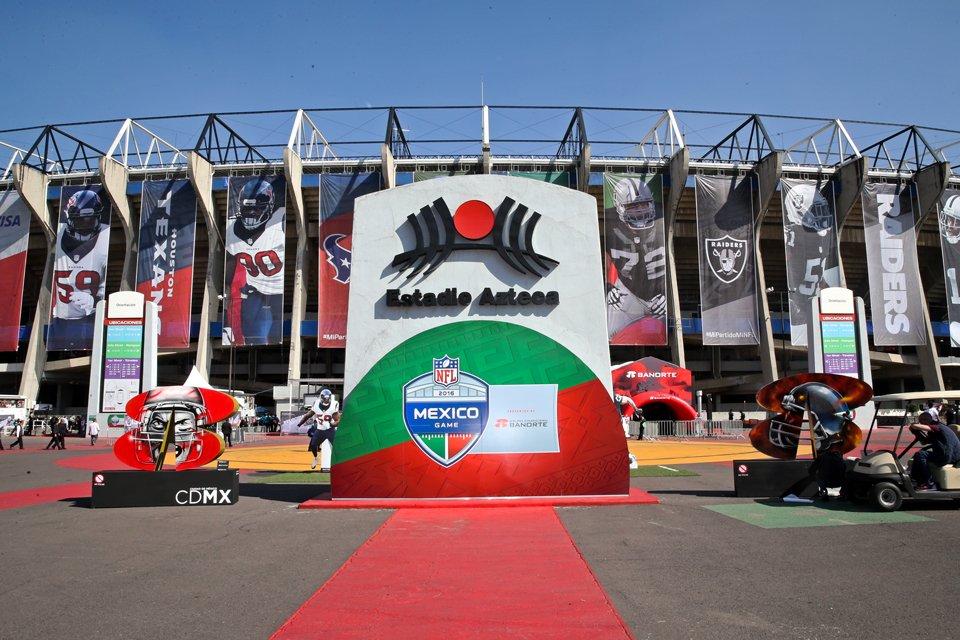 A few weeks back, the Texans faced off against the Raiders in Mexico City and it was a pretty good game (minus the laser pointers). Now, there are rumblings that the Patriots might be headed there to face off against Oakland next.

On the ESPN broadcast for the recent Packers-Eagles Monday night game, ESPN Deportes' John Sutcliffe mentioned that Pats owner Robert Kraft had expressed interest in playing a game south of the border. It would fit with Kraft's MO, as he's a known fan of international expansion for the NFL. And with the Raiders in favor of continuing to play in Mexico in the future, they would be the Pats' most likely opponent. It's no guarantee yet, and the Patriots are one of several teams still in the running for the 2017 slot, but they're apparently among the early frontrunners.

The last time the Patriots played internationally, they absolutely creamed the then-St. Louis Rams, 45-7 in London. While it was great for Pats fans, the NFL decided it wasn't so great for foreign fans getting their first taste of the game, and took the Patriots off the schedule from then on. If nothing else, it did spawn this awesome Gronk-ism of a royal guard, so I would say it was worth it:

If New England really heads down to Mexico, it will undoubtedly be a good game. But the best part? That might be seeing what new dance Gronk comes up with this time around. I've got my money on some awesome end-zone salsa dancing.