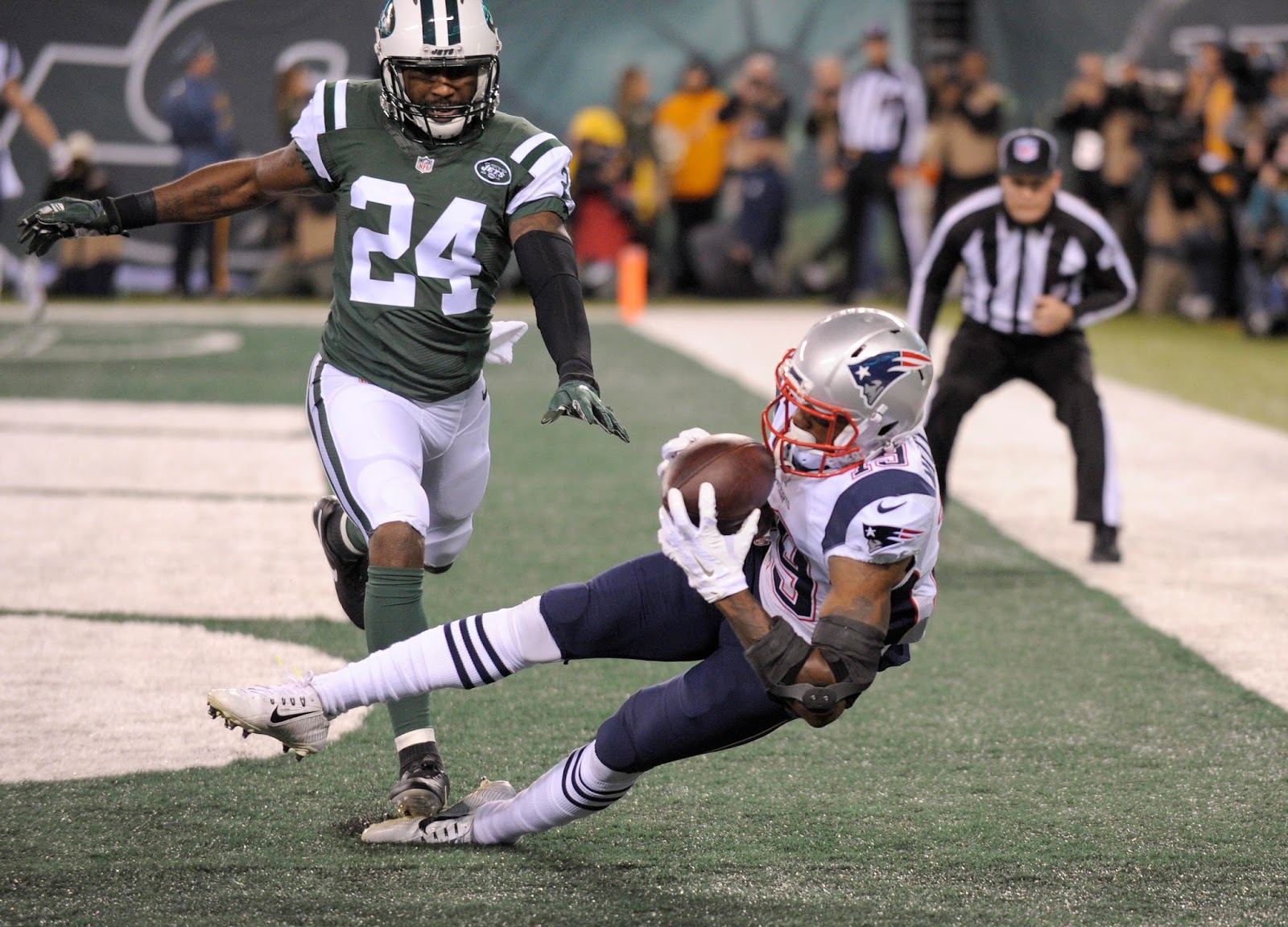 Rookie receivers are notoriously inept under Bill Belichick. No rookie has ever passed 600 yards with the Hooded One as a coach--mostly because of the infamously complex playbook. But this year, it looks like one wideout might be breaking that trend: Malcolm Mitchell.

The rookie fourth-rounder from Georgia took his time to make an impact, but boy, he's making up for that slow start now. Against San Francisco, he secured four catches for 98 yards and a TD (on a fantastic 56-yard catch and run), and he followed that up by hauling in five grabs for 42 yards and two scores against Darrelle Revis and the Jets.

Mitchell initially got his opportunity when Chris Hogan went down with a bad back, but he's done enough since then to show he deserves a permanent spot in the lineup. He doesn't have Desean Jackson speed, he's shown the ability to make plays in the open field, and he's snagged some tough catches thanks to his strong hands. Most importantly, though, he's clearly earned Tom Brady's trust. After only recording seven catches through the first eight games of the year, he's exploded for nine in his last two--including three TD catches and five end zone targets.

While he initially subbed in for Hogan, there's another name he could replace: Danny Amendola. The veteran slot man, while clutch, hasn't performed up to expectations this season, and Mitchell could easily slide in to take his place. A three-receiver set with Julian Edelman, Hogan, and Mitchell would force opposing defenses to account for two deep threats, and leave the middle of the field open to Edelman's shifty quick-hit patterns. Furthermore, an impressive 105 of Mitchell's 235 receiving yards have come after the catch. While he's shown the ability to get open deep and win one-on-one battles, sliding him in for Amendola also puts him in situations to utilize his tackle-breaking ability and produce after grabs.

While Amendola has been an offensive factor throughout his time in New England, it's time for Bill Belichick to ride the hot hand. Mitchell offers the most upside and versatility as the third receiver, and he's only going to improve with more experience. It's time for him to get a better chance to show his worth. It's time for him to start.