Michael Floyd's DUI video released, and it's not pretty 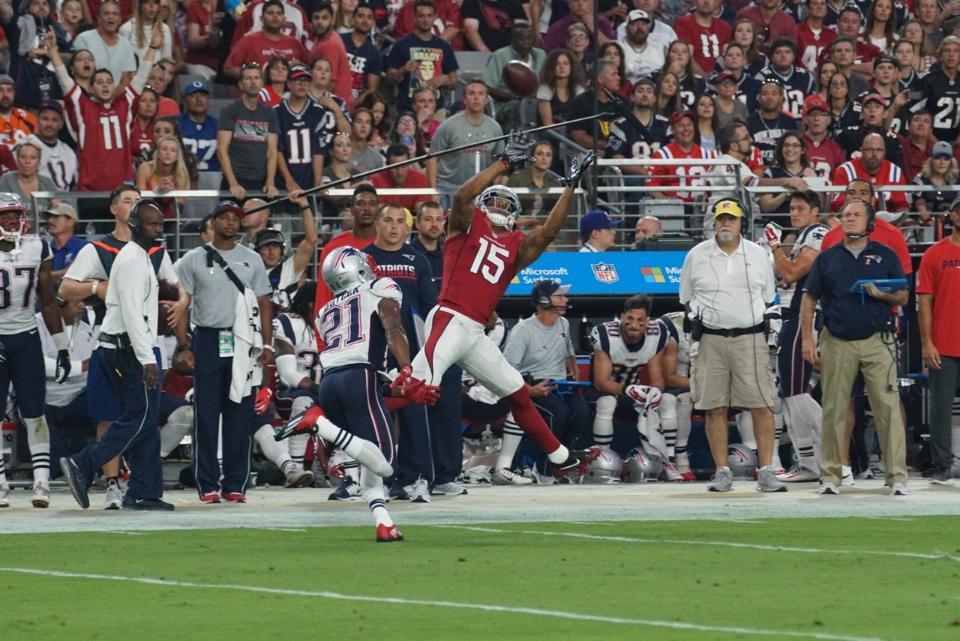 The Patriots' newest wide receiver has some skeletons in his closet, and one of them was released on Tuesday. TMZ Sports obtained, and subsequently disseminated, video of Michael Floyd's DUI traffic stop and subsequent arrest.

In the video, Floyd can be seen passed out in his car at an Arizona intersection. TMZ has claimed the video was shot by police around 2:48 AM near Scottsdale, and that the cops only found out that he was an NFL star after they booked him for DUI.

Floyd was clearly pretty hammered. He has trouble answering questions, following simple directions, and recalling where he is. He sat passed out in his car for two light cycles, and didn't wake up until Scottsdale PD pounded on the car window. He admitted to drinking some wine, but was clearly confused about where and how much he drank. Weirdly enough, he also had exactly $666 in his pocket when he was arrested. Check out the whole video in the tweet below:

It's not a good look for the new Patriots no matter how you spin it. Floyd is going to need to produce on the field and keep his nose clean in order to put his drinking issues behind him for good--but thankfully for him, if there's anybody that can turn him around, it's Bill Belichick. We'll see how it turns out as the Patriots mount another Super Bowl run.