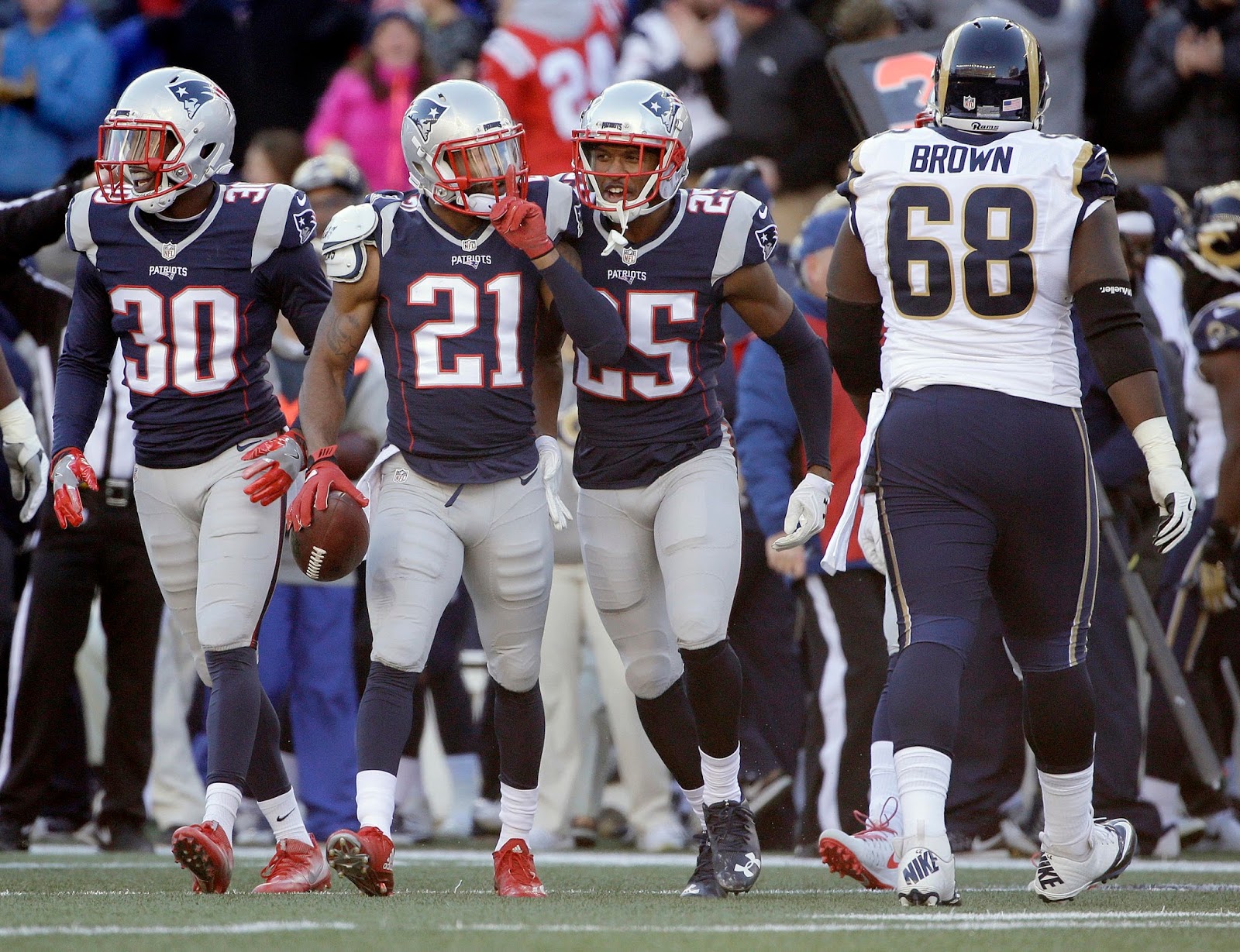 The Patriots cruised past the Rams in Gillette on Sunday, winning 26-10 in a game that was over after the first drive. The Patriots dominated on offense, with Tom Brady finishing with 269 yards and 1 TD and LeGarrette Blount racking up 18 carries for 88 yards and a touchdown. Chris Hogan caught Brady's TD, but Julian Edelman and Malcolm Mitchell made waves today--Edelman went over 100 yards receiving, and the rookie Mitchell caught eight passes for 82 yards.

The defense also controlled the game throughout, as they picked off #1 pick Jared Goff twice and held him under 200 passing yards on the day, with only one touchdown. They also bottled up Todd Gurley--last year's rookie of the year only managed 38 yards on 11 totes. In fact, the only reason the final score wasn't 26-3 was a garbage time LA TD.

Another great story for New England was Stephen Gostkowski's resurgence. After struggling all year and missing an extra point last week, Gost bounced back in a major way today--he went 4/4 on field goals and 2/2 on extra points, including a nice 48-yarder and a pair of 45-yarders. We'll see if he can keep the momentum going, but for now this was definitely a good sign.

The Pats face the Ravens next week on Monday, December 12, at 8:30 eastern.