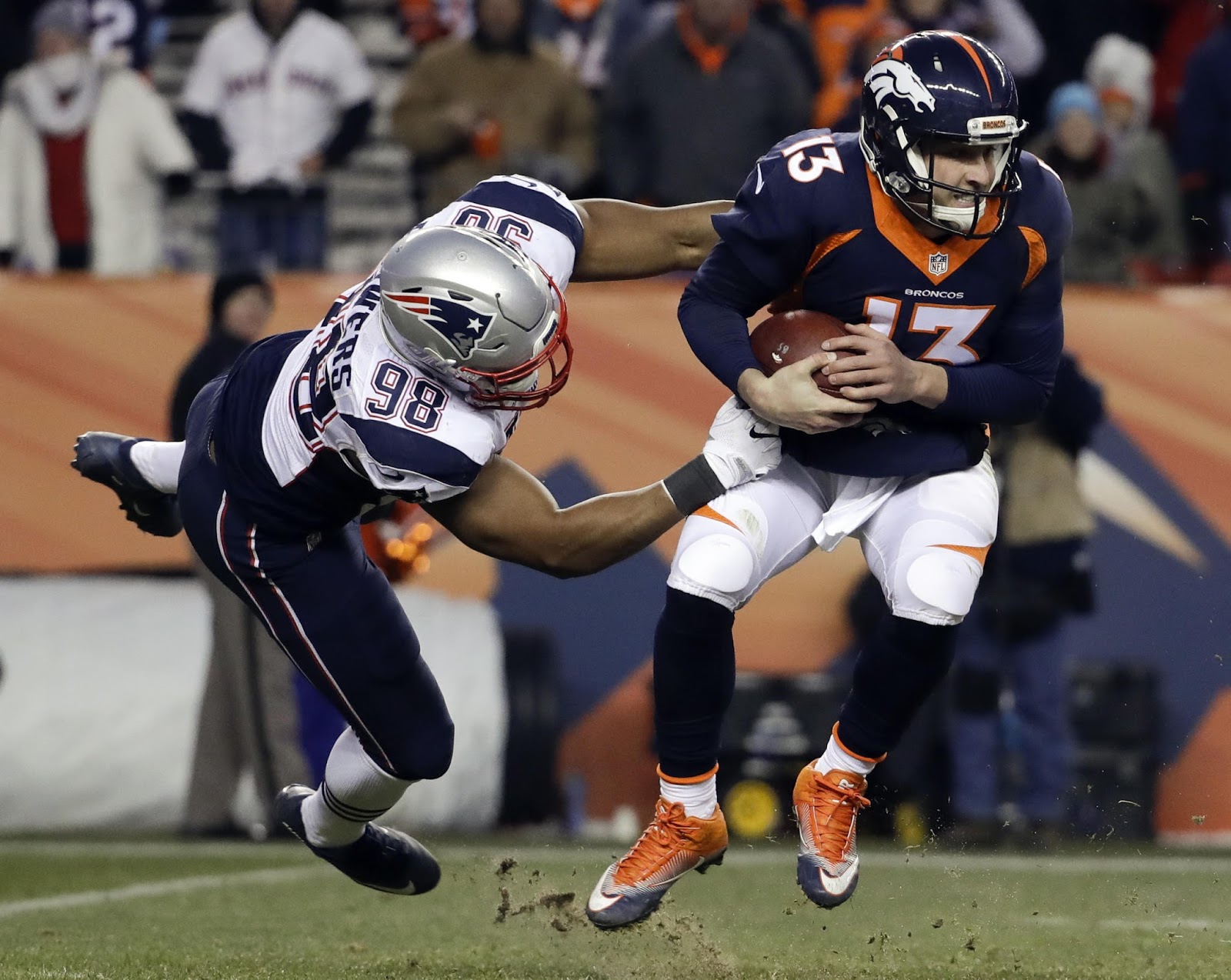 The Patriots defense dominated the Broncos on Sunday, only giving up three points and lighting up Trevor Siemian en route to four sacks total. He might not be a big name, but Trey Flowers was a big part of that production, as he picked up a pair of sacks and harassed Siemian all day.

The second-year rusher was a fourth-round pick out of Arkansas, but this season he's played like a first-rounder. He's got 35 tackles to his name, along with seven sacks, which leads the team. With his recent surge, he's given bite to a previously anemic New England pass rush and garnered Chandler Jones comparisons at a time when the team needs him most.

In the preseason, I wrote on Flowers' potential and how this season might be his time to break into the spotlight. But after a rookie season crushed by injuries, even I didn't think the former Razorback would rebound to this. His production has been eye-popping, and his timing impeccable. Come playoff time, the Pats will need to be able to put the heat on opposing QBs, and Flowers has shown he can capably fill that edge-rusher role.

While he's a bit undersized, he's got the speed and moves to succeed on a long-term basis in the NFL. If the team can lock him up long-term, he could turn into a more consistent Chandler Jones--New England's pass rush dropped off after the lanky Syracuse grad was traded to the Cardinals pre-season. The best part? Flowers will be able to pad his stats in the coming weeks, as the Pats play weak offensive lines to close out the regular season (the Jets and the Dolphins).

Flowers has already made a mark for the Pats. If he can keep it up, he might just be a cornerstone in New England's new-look defense.