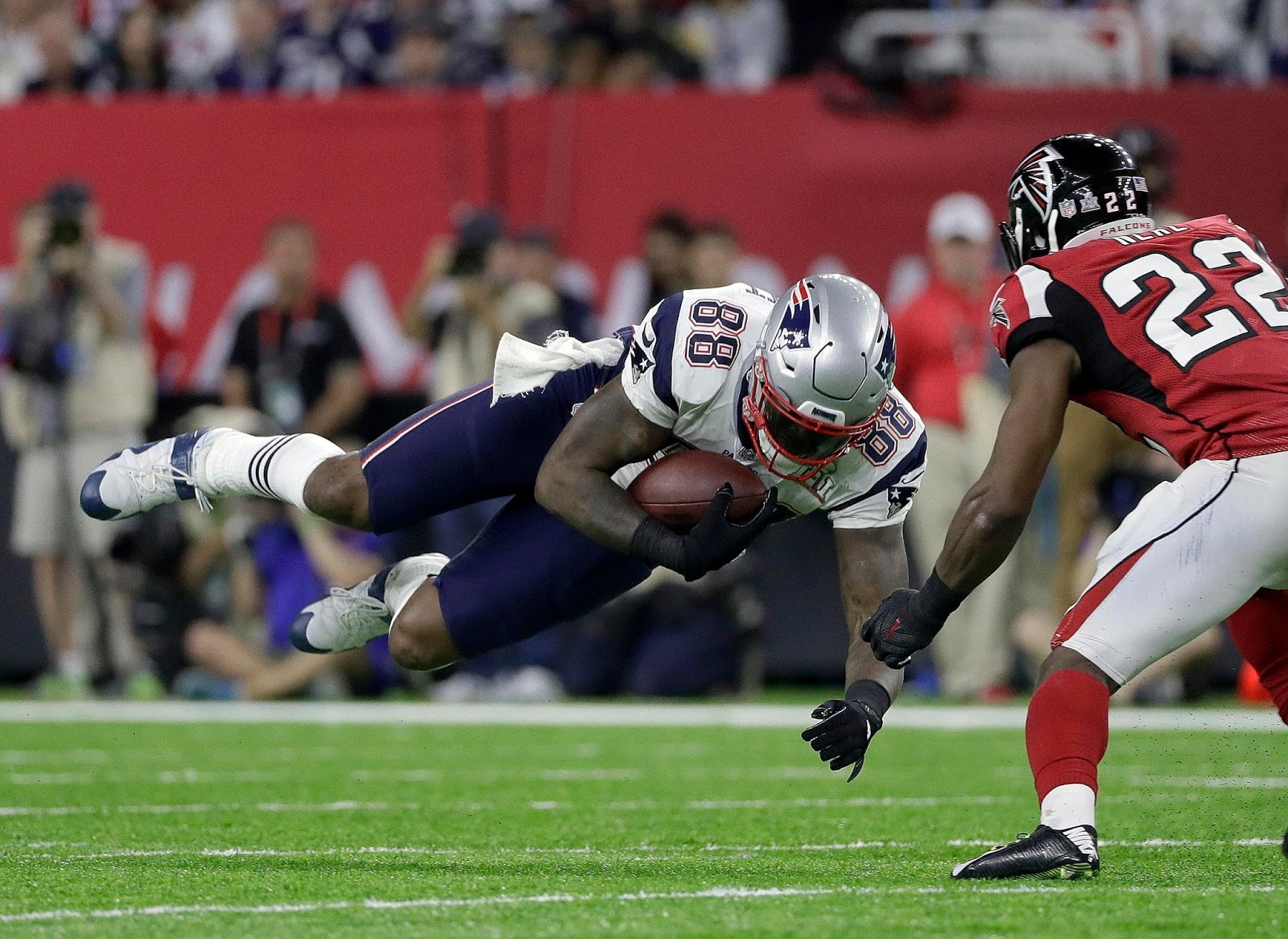 Martellus Bennett went all the way to the top in his first year with the Patriots, after never making the playoffs before in his whole career. Yet, despite that success, signs point to the tight end testing the free agent waters before making a decision about re-signing.

NFL insider Ian Rapoport reported on Tuesday that he thinks it will be tough to keep the big weapon in New England, despite the mutually beneficial relationship between Bennett and the team:


The #Patriots helped Martellus Bennett revive his career, and it’s a mutually respectful relationship. But keeping him in NE will be hard
— Ian Rapoport (@RapSheet) February 22, 2017

That prediction might be coming true. Bennett has already mentioned before that "they overpay Super Bowl Champions," and Rapport followed up by saying that he believes Bennett will take a look at other free agent offers before making his final decision:

What does Bennett himself think? Take a look:


I haven't given free agency a ton of thought at this moment to be truly honest. I've been in MartyLand creating for @ImaginationAgcy
— Martellus Bennett (@MartysaurusRex) February 22, 2017

Obviously, nothing is set in stone at this point. But that being said, Bill Belichick will have a tough decision to make regarding Bennett's future with the Patriots. While the tight end was productive in 2016 and fit nicely in the Patriots' scheme (he was an invaluable insurance policy for the injury-prone Rob Gronkowski), he's also on the wrong side of 30 and was hampered by leg injuries throughout the year. And while Bennett says he hasn't asked for anything yet, he might not be willing to take a serious pay cut to stay in New England. We'll just have to wait and see how it all plays out--but, to quote the NFL, it's "more probable than not" that Bennett won't be back in a Patriots uniform next year.