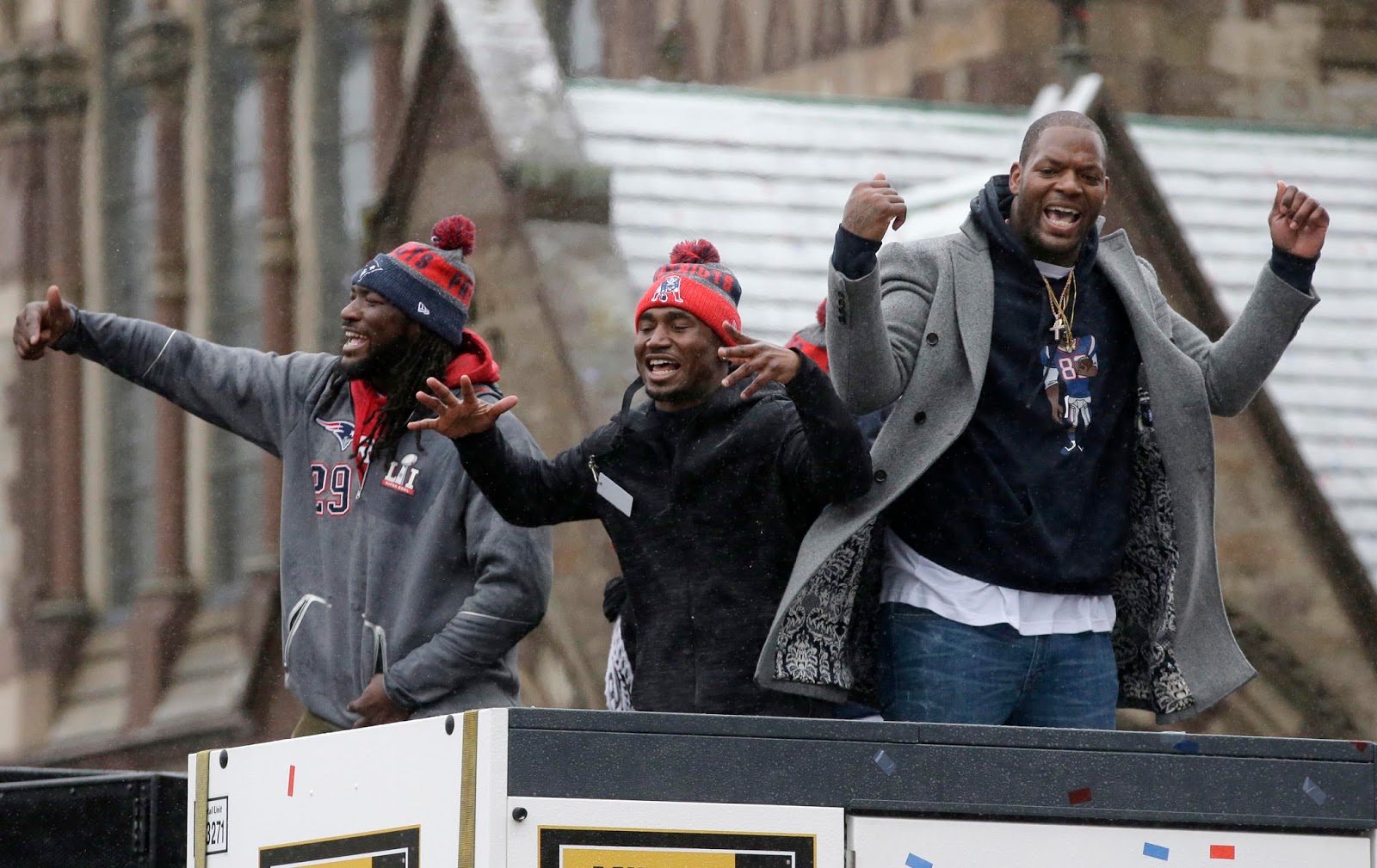 Martellus Bennett is always on Twitter, but he's been especially active over the past few days. With free agency approaching and Bennett's contract expiring, the tight end has decided to test the waters before choosing whether or not to re-sign with the Patriots. Now, New England fans are imploring him to take less money and return to Boston--and Bennett's not happy:

Everyone trying to guess what another man is thinking and projecting that into the world is irresponsible.

And stop @'ing me about taking less money. You take less money and your job? All of you take a pay cut hahaha.

All I'm saying is cut your own grass don't be all in my garden fucking with my fruit while weeds are growing all over yours.

To be fair, the tight end made some good points: most fans suggesting that their favorite stars take less money would balk at the idea if asked to do so themselves. Also, Bennett's advanced age plays a significant factor in his free agency this year. The tight end is 30, and this could be his last opportunity for a fat contract before he begins to significantly decline. Gronk, for one, agrees with Bennett.

As he told the Fort Worth Star-Telegram on Sunday, Gronk is "hoping he breaks the bank. Whenever you see a tight end break the bank, it's good for the industry. It's good for the position. You want to see the position grow." Gronkowski has been a big part of that growth himself--four and a half years ago, Gronk cashed in on a six-year, $54 million extension. While many tight ends today earn more annually than the record-setting Patriot, Gronk's deal set the market for tight ends and helped change the position from a blocking one to a dangerous weapon in the passing game.

No matter how he feels, Bennett still loves his followers, as he proved at the end of his session on Thursday night. And while the Patriots have a lot of priorities in free agency this year, the tight end should feel safe knowing he's near the top of that list.

Anyways I love you all. 🤗🤗 I hope you all get a raise today or tomorrow.