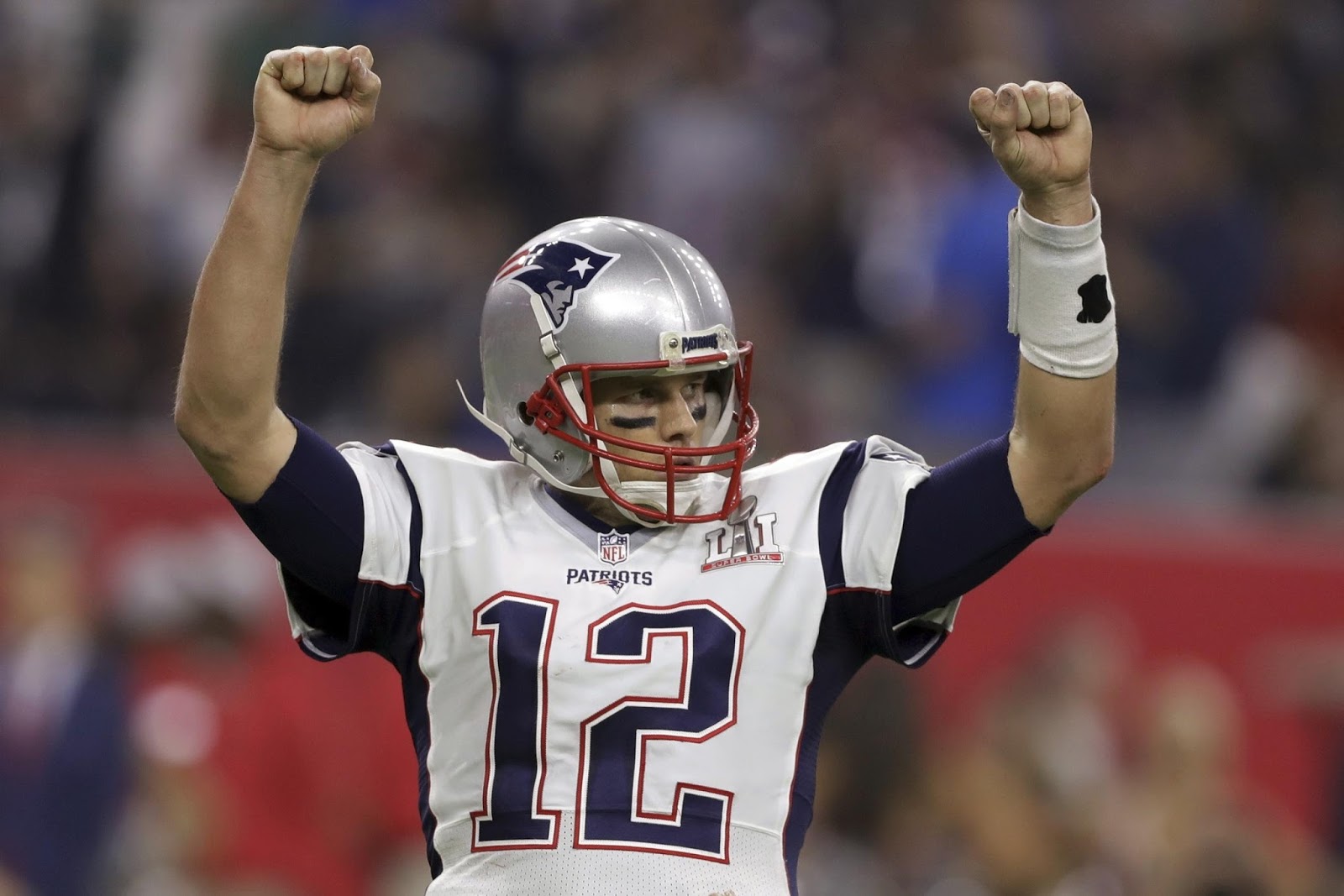 Wow. Just wow. The Patriots and Falcons battled it out in Houston on Sunday night, and the Patriots overcame a 25-point deficit to win their fifth ring. Many are already calling it the greatest Super Bowl of all time--and if you look at it from a records standpoint, that's definitely a possibility. Here are just a few of the all-time marks the Pats set and some streaks they added to or broke on their way to a historical win:

The Patriots are the first team ever to overcome a 16-point deficit in the playoffs in the fourth quarter.

Tonight's 25 point comeback was the largest in Tom Brady's career, in Patriots history (both were 24 points), and in Super Bowl history (the previous record was 10 points).

The Patriots are the first team to ever win the Super Bowl without holding the league in regulation.

Brady and Belichick have won 5 Super Bowls together, most ever for a quarterback/coach tandem.

James White's 14 catches set the record for receptions by a running back in the Super Bowl.

With the win, the Pats move into second for franchise Super Bowl wins, behind only Pittsburgh, which has six.

Tom Brady's 4 Super Bowl MVP awards are the most ever for any player.

Brady aso set Super Bowl overtime records--with a 5-5 drive for 50 air yards, he's the first and only quarterback to attempt or complete a pass in OT.

Tom Brady also extended some records he already held: he's now 207 for 309 with 2,071 yards and 15 TDs in Super Bowls alone. He's head and shoulders above the competition at this point.


Well, there you have it. This Super Bowl was one of the most exciting of all time, and has to be one of the most emotional ever for Pats fans--Robert Kraft himself called it "unequivocally the sweetest" victory he's had. Let me know if there are any other records you found, and Go Pats!