Should the Pats take a look at Adrian Peterson? 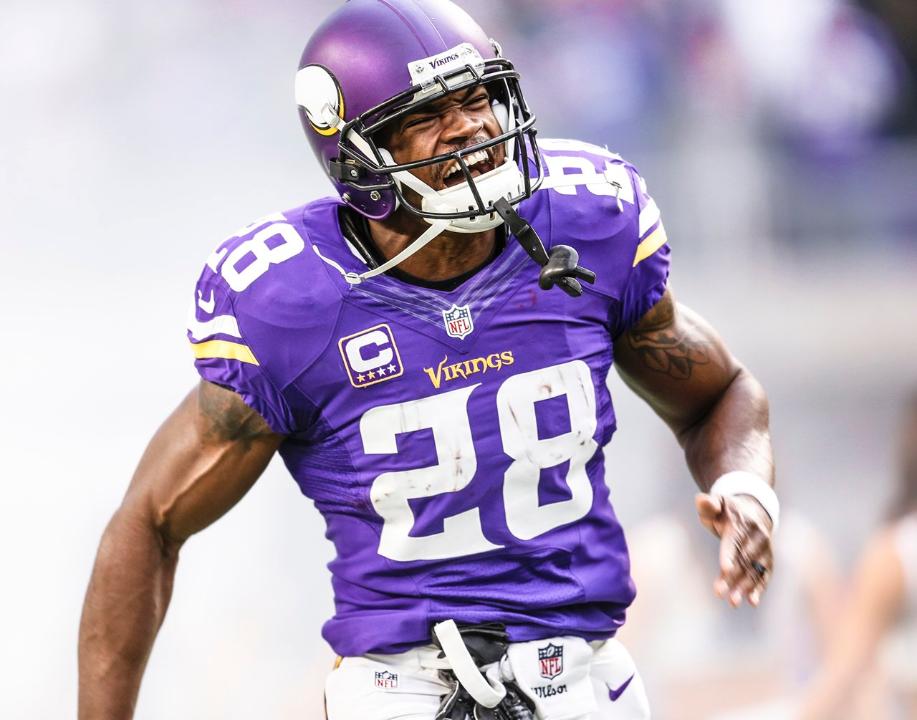 LeGarrette Blount may have just paced the league with 18 rushing TDs, but that doesn't mean New England shouldn't look to upgrade at the running back position whenever possible. A prime example of that could be Vikings running back Adrian Peterson.

While the Vikings All-Pro is still under contract with Minnesota for the next year, he's clearly on the trade block, and other teams have shown interest (the Giants especially), New England would definitely have a good shot at landing the runner if Bill Belichick decided to throw his hat in the ring.

As for now, the Pats are set at receiving backs, but power back is still an open question. For all of LeGarrette Blount's success, he's turning 30, the age when running backs historically decline, and he's been wildly inconsistent throughout his career. Peterson, while old and banged-up, has consistently produced eye-popping numbers for years. He could slide in as the Pats' one-cut, downhill back immediately, and might be able to take some pressure off an aging Tom Brady in short-yardage and red zone situations.

For his part, Peterson would gain the opportunity to win a ring with some of the greatest to ever play or coach football. Despite a few years with Brett Favre (which Peterson said he loved), the runner has never reached the Super Bowl, and the Vikings aren't exactly in the best position to get him there soon. That's where Belichick and the Patriots come in: a one-year, mid-range deal could be perfect for both Peterson and the team. The Patriots definitely won't pay market rate for a running back like Peterson, but a Super Bowl win is priceless--and Peterson is the generational talent that could help New England get back there.

Since he's still under contract with the Vikings, the Pats would have to pry him away from Minnesota with some form of compensation. The obvious solution would be to use a late Day 2 or early Day 3 pick from trading away Jimmy Garoppolo, but that assumes that the Patriots will deal their backup in the first place. Either way, the price shouldn't be too high--Peterson can leave town in a year anyway, so the Vikes will most likely want to get some guaranteed payment for their star instead of simply netting a late-round compensatory pick if he jumps ship after this season.

There are definitely a lot of factors to consider, and a lot of other suitors to beat out, but there's a distinct possibility Adrian Peterson could be a Patriot next season. Do you think New England will grab him, or will he be out of the Patriots' range?