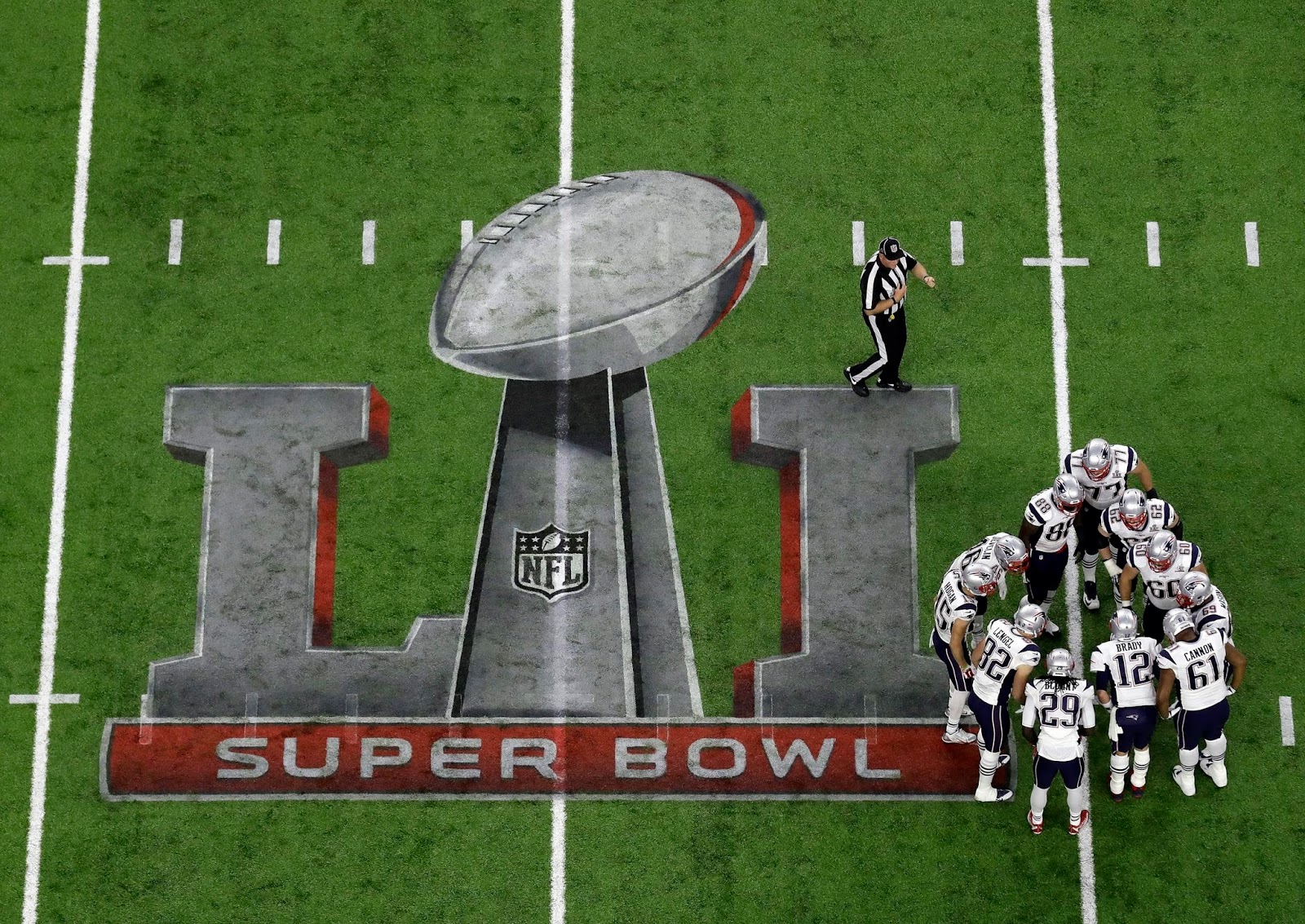 The Patriots' comeback on Sunday night was the greatest in Super Bowl history, and there were plenty of turning points for both teams throughout the game. Let's rank some of the best: 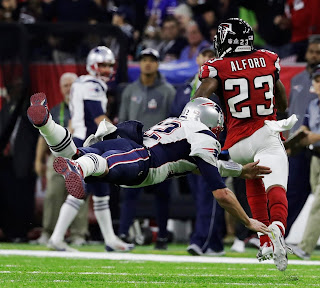 It may have been early, but Robert Alford's 82-yard pick six of Tom Brady caused a major momentum swing throughout the first half. It put the Patriots down three possessions (no team had ever come back from a three-possession deficit in Super Bowl history) and ended another long New England drive. The mistake also motivated Tom Brady later during the furious New England comeback. Whether or not you admit it, the difference between a 14-point and a 21-point hole is a lot bigger mentally than just a touchdown. This was the play that flipped that switch, and sent a lot of Patriots diehards into a fetal position--though thankfully for them, it wouldn't last forever. 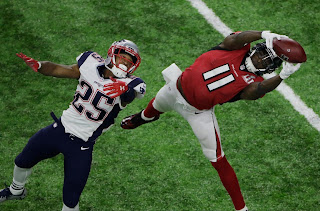 It's been lost in the shuffle a bit after the Patriots won, but this was an amazing grab through tight double coverage. However, it has to be included with its twin: Trey Flowers' clutch sack to push the Falcons to the edge of field goal range. After Jones' stunning tightrope work, Atlanta was comfortably in range for a Matt Bryant game-icer. Without Flowers' heroics, the Birds would almost definitely have won the game. The two moments combined to one big momentum swing, first in the Falcons' favor and then in the Pats'--it would be unfair to exclude either one of the two. 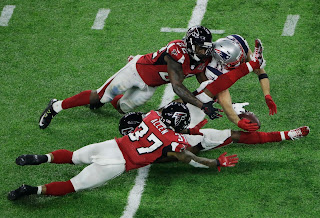 This was one of the best catches in Super Bowl history (or even football history), and it was a major momentum-shifter down the stretch for the Patriots. The Pats have a long history of miracle catches (David Tyree, Mario Manningham, Jermaine Kearse) going against them, and this flipped that entire script in just a few seconds. For many people, it was a divine sign of sorts that the Patriots were destined to win the game. It has a serious case for the top spot, but it was only on first down, and the drive could have continued without it, unlike the top two selections. While it was unbelievable, and convinced many that a Patriots win was inevitable, New England could still have prevailed without this. 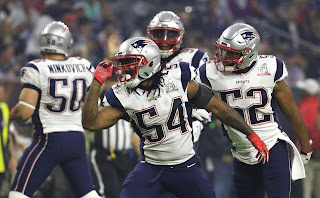 This might be the only individual Patriots defensive play that was more clutch than the Flowers sack. While it wouldn't have been possible without some questionable play-calling on third-and-one, Hightower still blew right by Atlanta's Devonta Freeman and annihilated Matt Ryan to cause a game-changing turnover. It set the Patriots up inside Atlanta territory, and allowed Tom Brady and the offense to cut the deficit to one score. Overall, it was pretty clutch. 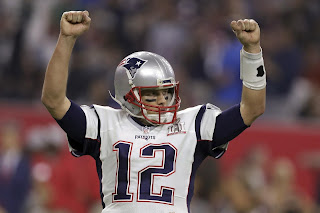 Even though this wasn't a play like all the others, it was still just as clutch. The Patriots had clawed their way back from a 25-point hole, but all that was for naught if Atlanta got the ball first in overtime and scored a TD to put the game away. Matthew Slater, the Patriots' special teams captain, had called "heads" in the opening coin toss and lost. But in a true demonstration of the Patriot Way, he stuck with heads, calling it a "Slater family tradition," and cashed in. That crucial call allowed the Pats to put the ball in Tom Brady's hands for the game-winning score and keep the best offense in the league off the field. For many people, this was the moment when they realized there was no way the Patriots were going to lose this game. That's a turning point if I've ever seen one.