Which teams are the frontrunners for Jimmy Garoppolo? 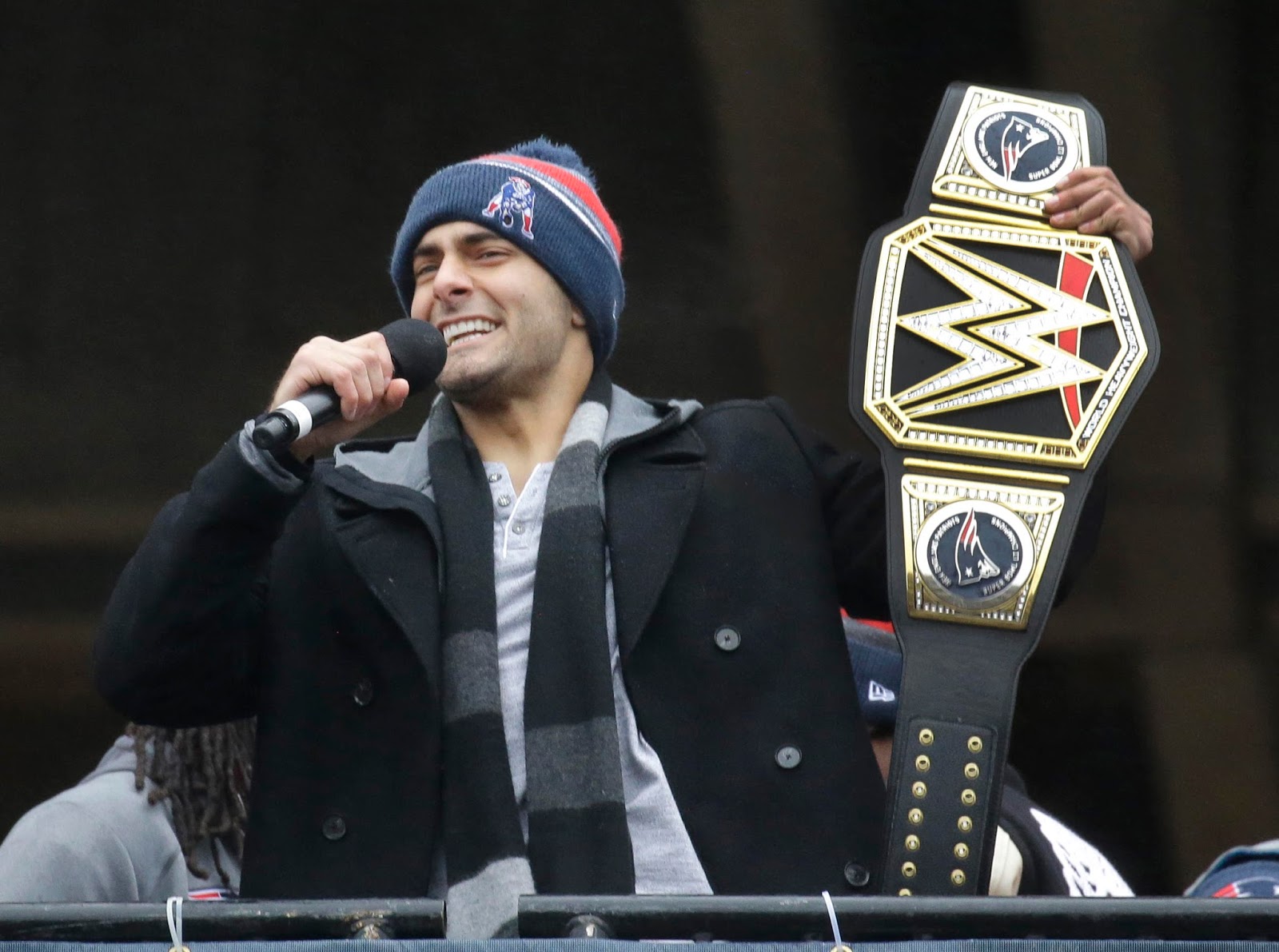 Patriots backup quarterback Jimmy Garoppolo has been the subject of lots of trade rumors lately. With Tom Brady aging but still producing, and Garoppolo running out his rookie deal, Bill Belichick will have a tough decision to make either way. There are lots of teams in the NFL without a capable quarterback--but not all of them will be interested in paying the Patriots' high price. Which teams have a significant shot at landing a blockbuster for Garoppolo?


Cleveland Browns:
This one is fairly obvious. The Browns were the NFL's worst team last year, and they come into the offseason loaded with both draft picks and cap space. They've got the number one pick, and they need a franchise QB. There's just one catch: this year's quarterback class is weak, and Myles Garrett, a generational talent at defensive end, is sitting on the draft board. If Cleveland decides to play it safe and roll with Garrett, they'll open the door for plenty of other weak teams to snag their favorite play-caller before the Browns pick again at #12. That pick might net a high ceiling, low floor prospect like Notre Dame's Deshone Kizer--or Cleveland could flip it in a trade for Garoppolo. Of course, there would have to be additional picks attached, but it's definitely possible, and it would give Bill Belichick plenty of ammunition for draft-day trades. If Garoppolo leaves New England this summer, suffice it to say that he'll probably be on a flight to Cleveland.

Chicago Bears:
Aside from Ohio, this is the next most likely destination for Jimmy G. Chicago is going to cut ties with embattled signal-caller Jay Cutler, and they've got the #3 pick in the draft. Even better for the Bears, Garoppolo is from Illinois, went to college there, and grew up rooting for Chicago. However, GM Ryan Pace might balk at sending so much value over to the Patriots for a relatively unproven commodity. Garoppolo looked sharp in limited action, but at #3, Chicago will most likely have its pick of the litter at quarterback in the draft--this one comes down to whether or not the Bears brass trusts Garoppolo more than Mitch Trubisky, or any other guy they could snag come April 27.

San Francisco 49ers:
Much like the previous two, this is another case of a team desperate for talent under center that also has a lot of high draft picks. It's a big ask for sure, but if the #2 overall pick is on the table, expect Belichick and the Pats to consider dealing Garoppolo out west. Garoppolo would slot in nicely with new coach Kyle Shanahan's prolific offensive attack, and hw could be the first big step in turning around the historically great franchise. Once again, though--assuming Cleveland takes Garrett, the 49ers will have their choice between all the quarterbacks in the draft and Garoppolo. This really depends on who Shanahan and new GM John Lynch like more.

Washington Redskins:
If Kirk Cousins leaves, the Redskins will be a team with great potential and no leader. That's where Garoppolo comes in. Washington has the 17th pick in the draft, and they could possibly acquire another, higher pick to boot. Either one would be great ammunition to use in a Garoppolo trade. Either way, if Cousins skips town for a big payday, Washington will be desperate for a quality QB--there's nothing worse in the NFL than having lots of talent and wasting it without a competent quarterback (look at Houston for a perfect example). It's a long shot, but definitely still possible.

For now, Garoppolo is still on the Patriots. And for everything we know, he could stay that way--Brady can only be an MVP for so long, and it's always nice to have a stud waiting in the wings as soon as the GOAT hangs up his cleats. That being said though, Bill Belichick loves to deal, especially with draft picks. Trading Jimmy G would provide the perfect opportunity to reload at some positions of need without throwing away the future. After all, Jacoby Brissett isn't going anywhere...