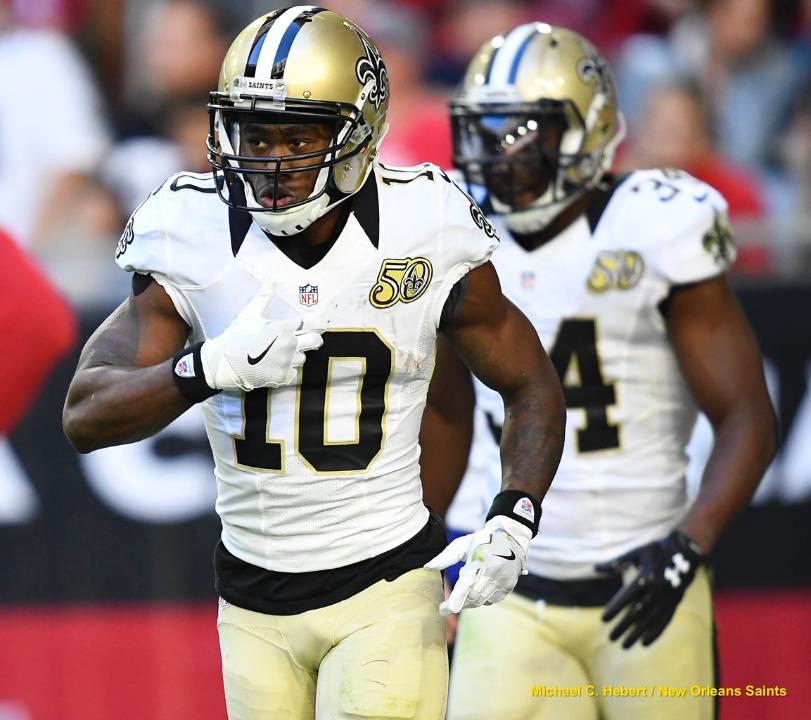 The Patriots just spent their first-round pick (and more) to trade for Saints deep threat Brandin Cooks. Tom Brady's newest target took a little time to speak with the media today, and detailed his feelings after the trade.

Right off the bat, Cooks professed that he was "ecstatic" to come to New England. In his words, "The whole process was a blessing as soon as I found out. I couldn't be more thankful throughout this time...at the end of the day I feel like I have to earn [Coach Belichick's] trust when I come in and play and continue doing what I've been doing."

His reaction was extremely positive, which jibes with rumors that he requested a trade out of New Orleans before being sent to New England. However, Cooks quickly shot those down, too: "I think a lot of that and what was going on got taken out of context and a little exaggerated, and throughout the process I felt like I had to take the blows and keep my mouth shut, which is fine. It just happened to be a great opportunity for both sides." We'll never know for sure what happened, or if the receiver really did ask to be moved and just wants to deny it now, but either way that sounds like a good Patriots-style response.

In other highlights from the interview, the deep threat said that he looked forward to playing in the slot more in New England, and referred to the Patriots as "a first-class organization." He summed up his opinion pretty well by saying that "It's just a dream come true and a blessing to be able to have the opportunity now to be able to play for them." We'll see what he can do on the field, but it's clear that both Cooks and the Patriots think very highly of each other. If this is any indication, he should be dialed in for New England throughout the season.