Could Brandon Marshall land with the Patriots? 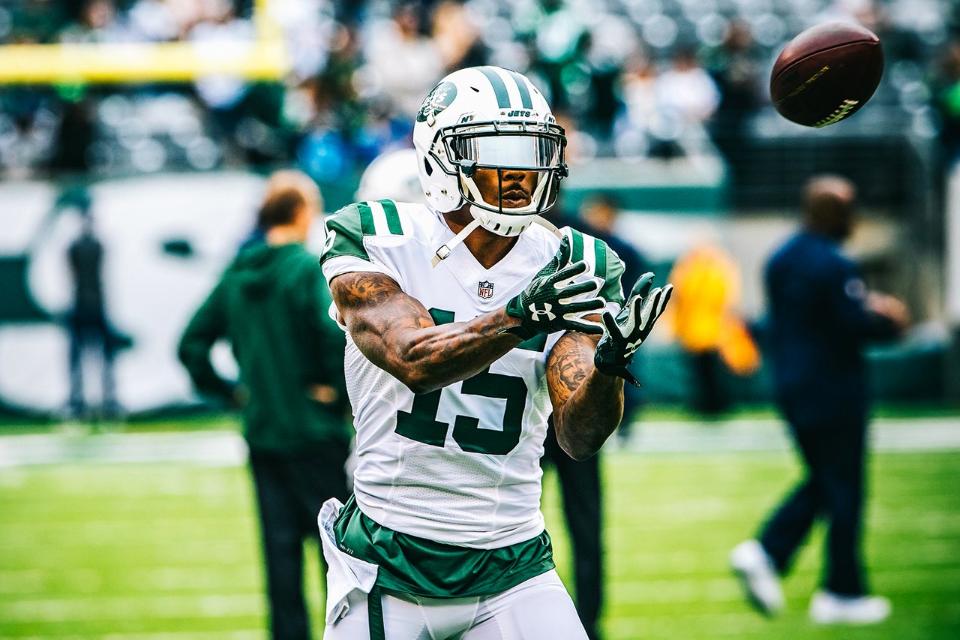 The Jets made headlines over the weekend when they released star wide receiver Brandon Marshall (per his request). While the wideout is getting old--he's 32 already and will turn 33 in around two weeks--he's still a quality contributor, and would lend the Pats a classic X receiver they haven't had in years. But does New England have a shot at snagging Marshall, or will the star look elsewhere?

Early signs look positive for the Patriots. Marshall has spent much of his career in the AFC East (he's played with the Dolphins as well as the Jets), and Josh McDaniels has already coached the wideout in Denver. Even better, Marshall has played well against New England in the past. He caught 10 balls for 115 yards and two scores in New York versus the Patriots two years ago, and despite not having a stable quarterback under center this year, he still fought for 67 yards and a score in one of his games against New England. And if there's one thing Bill Belichick loves, it's players that perform their best against the Patriots.

Yet with that aside, there's no guarantee Marshall is interested in the Patriots. He's maintained that the Steelers are his favorite team (Marshall grew up in Pittsburgh), and changed his Instagram profile photo to a Giants player (wearing #15) holding up the Lombardi Trophy. Marshall definitely wants to win a ring, but plenty of other competitive teams besides the Pats are interested as well.

One of the biggest obstacles to a Foxborough landing for the former Jet could be money. Marshall has made plenty of green over his career, yet this could be his last chance to sign a multiyear deal. With his skills beginning to fade and his body continuing to age, the wideout would be smart to try and extract as much cash as he can from a contending team. Bill Belichick, on the other hand, will have none of that idea. If Marshall is interested in playing for a ring with the Patriots, he'll have to take a severe pay cut--the likes of which he hasn't done in his career.

Overall, Brandon Marshall is a great scheme fit for the Patriots, and he could finally get the opportunity to compete for a Super Bowl ring after spending much of his career on thoroughly mediocre teams. Yet other teams will try to woo the wideout with championship promises as well--and more money than Bill Belichick would spend. Which one will win for Marshall? We'll see when free agency opens on Thursday.