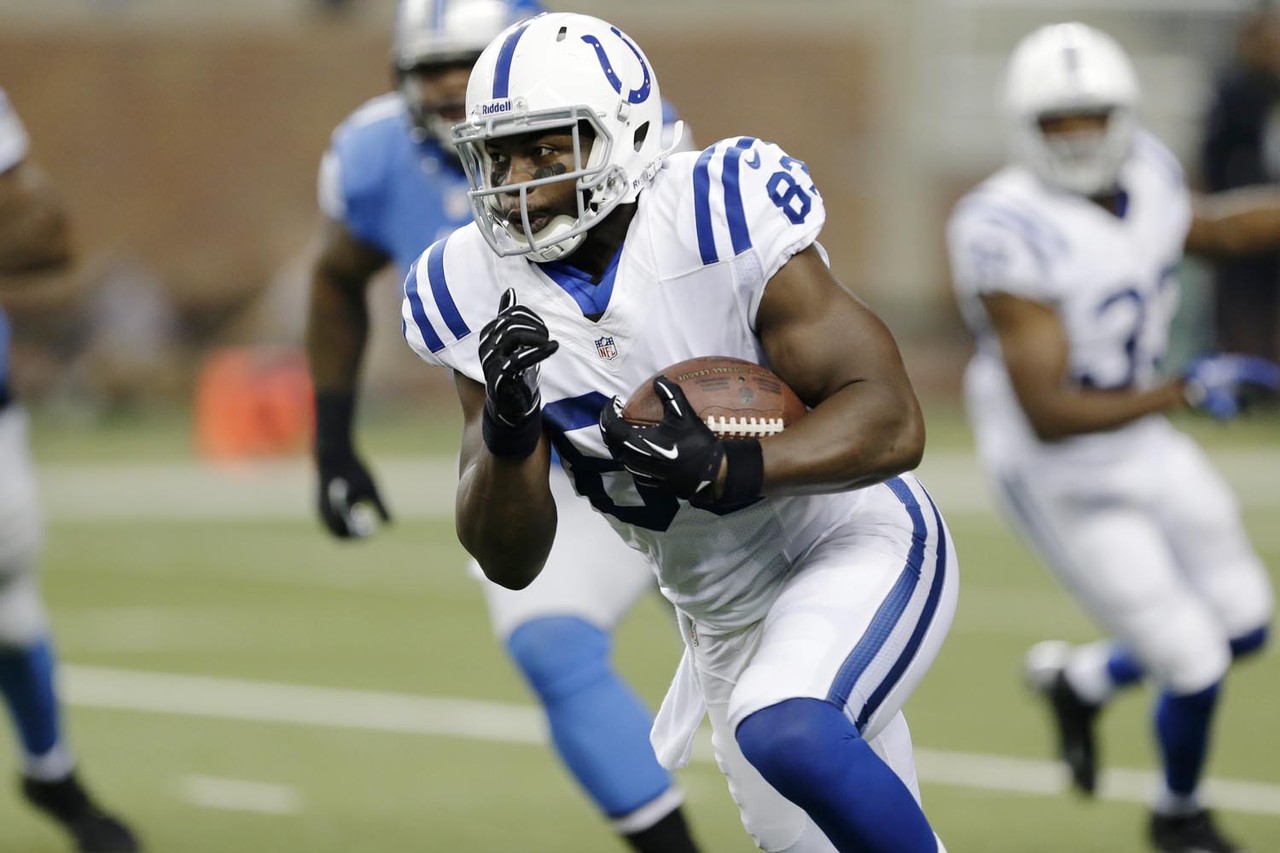 The Patriots made headlines again on Wednesday by trading for Indianapolis Colts tight end Dwayne Allen. Meanwhile, fellow New England tight end Martellus Bennett announced that he wouldn't be back for the 2017 season over Twitter:


I'm going to miss you Mass-Holes. T'was Fun. Thank you for the good times. To infinity and beyond...
— Martellus Bennett (@MartysaurusRex) March 9, 2017


It's always sad to see a player leave in free agency, but at least Bennett's departure wasn't exactly a surprise. The tight end had already expressed his desire to make some bank in free agency, and honestly, that was probably a smart choice--since Bennett's 30 years old, this might be his last chance to sign a hefty deal before he begins to decline. But reasoning aside, his exit left the Patriots with a hole to fill at tight end: one they decided to fix with the Allen trade.

As the terms were released, Allen is headed to New England along with a sixth-round pick, all in exchange for a fourth-round selection. It's an identical trade to the one that sent Bennett to the Pats last year--and it's a low price to pay for Allen as well. At college in Clemson, he won the John Mackey Award (given annually the nation's top tight end) and was picked in the third round by Indianapolis. He has some receiving chops--he snagged 35 passes for just over 406 yards and six scores in 14 games last year--but the run game is where he makes his money. Bill Belichick himself called Allen "one of the best blocking tight ends we'll see" a few years ago. For Darth Hoodie, that qualifies as some pretty high praise.

Switching Bennett out for Allen can't be called an upgrade in the passing game (Allen has potential for sure, but Bennett set the bar high). That being said though, the former Colt is clearly the better blocker, and can add a dimension to the Patriots' run game. Overall, the move will both save the Pats money and keep them stocked at the tight end position for the foreseeable future. With Bennett's departure nearly inevitable, this was a great opening move for Bill Belichick in the 2017 offseason.