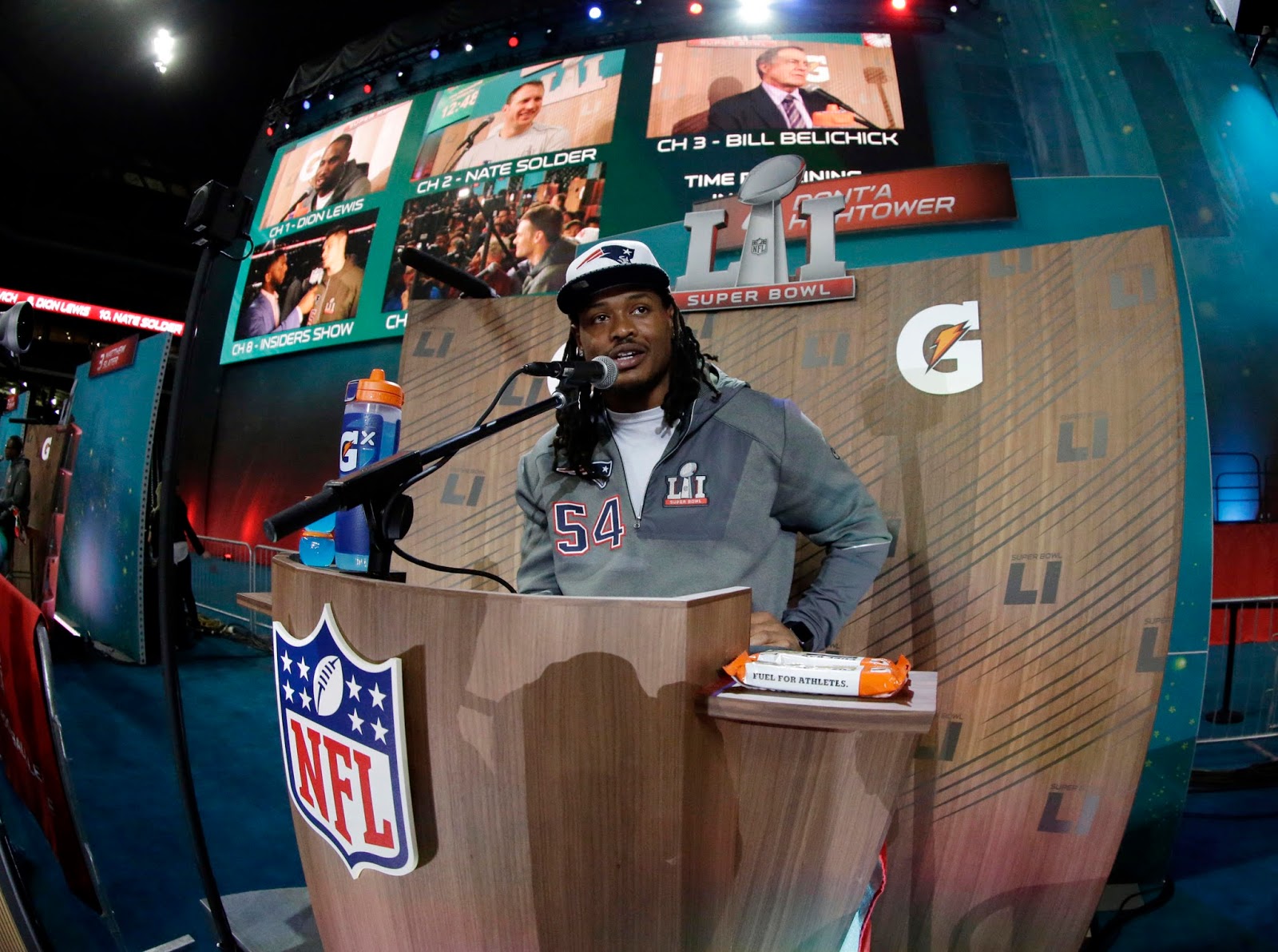 Going into the weekend, both the Jets and the Titans seem convinced that Dont'a Hightower will resign with the Patriots after testing free agency. That hasn't stopped New York from going after the linebacker--but frankly, their pursuit just sounds sad.

To start, it's embarrassing in itself that the Jets' pitch has leaked. NFL teams are notoriously secretive, and free agency is no exception. Clubs want to keep their pitches secret so that other teams can't respond to their selling points. It also speaks to the overall cohesiveness of the organization, and shows why the Jets are so dysfunctional. You would never read in the paper about what, say Bill Belichick or Dan Quinn offered to a free agent.

But it's one thing to try and sell a free agent used to success (like Hightower) on joining a rebuilding project. The main key in making a deal like that work is money. The Jets, though, are so bad that they felt compelled to woo Hightower with cupcakes. Yes, that's right. Cupcakes. After giving the linebacker a package of the sweet for his birthday, they also sent his mother Jets merchandise and displayed "Happy Birthday Dont'a Hightower" on all the video screens in the team facilities.

It doesn't look like any of the added touches had an effect on the free agent. He's scheduled to visit with the Steelers next, and as Jason la Canfora noted, most sources still expect Hightower to return to New England:

With Dont'a Hightower there's a very strong perception among other teams he's going back to Pats for $10M/yr. The ties to NE run deep...

You can't help but feel bad for the Jets. Giving Hightower cupcakes and sending his mom a Jets jersey, while nice, come across as desperate and a little sad. Can you imagine Bill Belichick ever trying to woo a player with ice cream or cover Gillette Stadium with his photo? Yeah, I didn't think so.