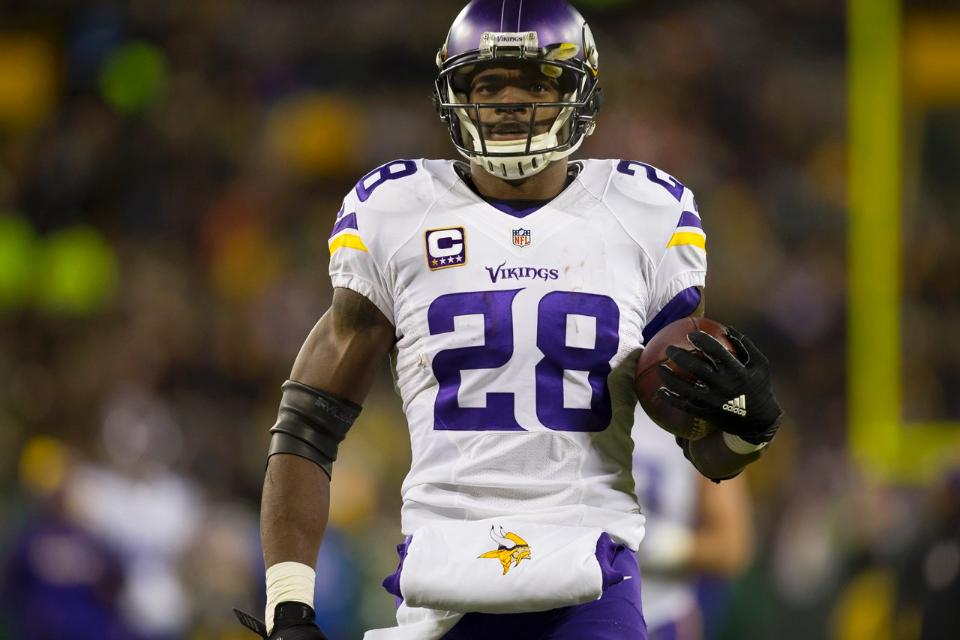 While it may have seemed unlikely after the Pats signed former Buffalo Bill Mike Gillislee, it's now official: Adrian Peterson won't be coming to Foxborough. The 32-year-old running back signed a two-year deal with the New Orleans Saints on Wednesday.

Peterson, who rushed for 2,097 yards after ACL surgery back in 2012, is one of the most prolific runners in NFL history. With that being said, he remained on the free-agent market for months because of concerns over his advanced age and heavy workload. For many observers, he seemed to fit the Patriots free-agent mold of a player who, while over the hill, could still contribute a high-level season or two on a cheap deal.

While it may not be with New England, Peterson's deal is pretty cheap. The runner is set to make $7 million over the next two years, of which $3.25 million is guaranteed for 2017. That represents a steep pay cut for the former Viking, who was raking in over $10 million a season before being cut by Minnesota. According to NFL.com, the Saints were the only team to submit a formal offer to Peterson this offseason, primarily because of his age and injury history. As a runner who both dishes out and takes a lot of punishment week in and week out, it remains to be seen how much longer he can take the abuse.

While they couldn't sign Peterson, the Patriots will face him this upcoming season. New England travels to New Orleans to take on the Saints in Week 2.