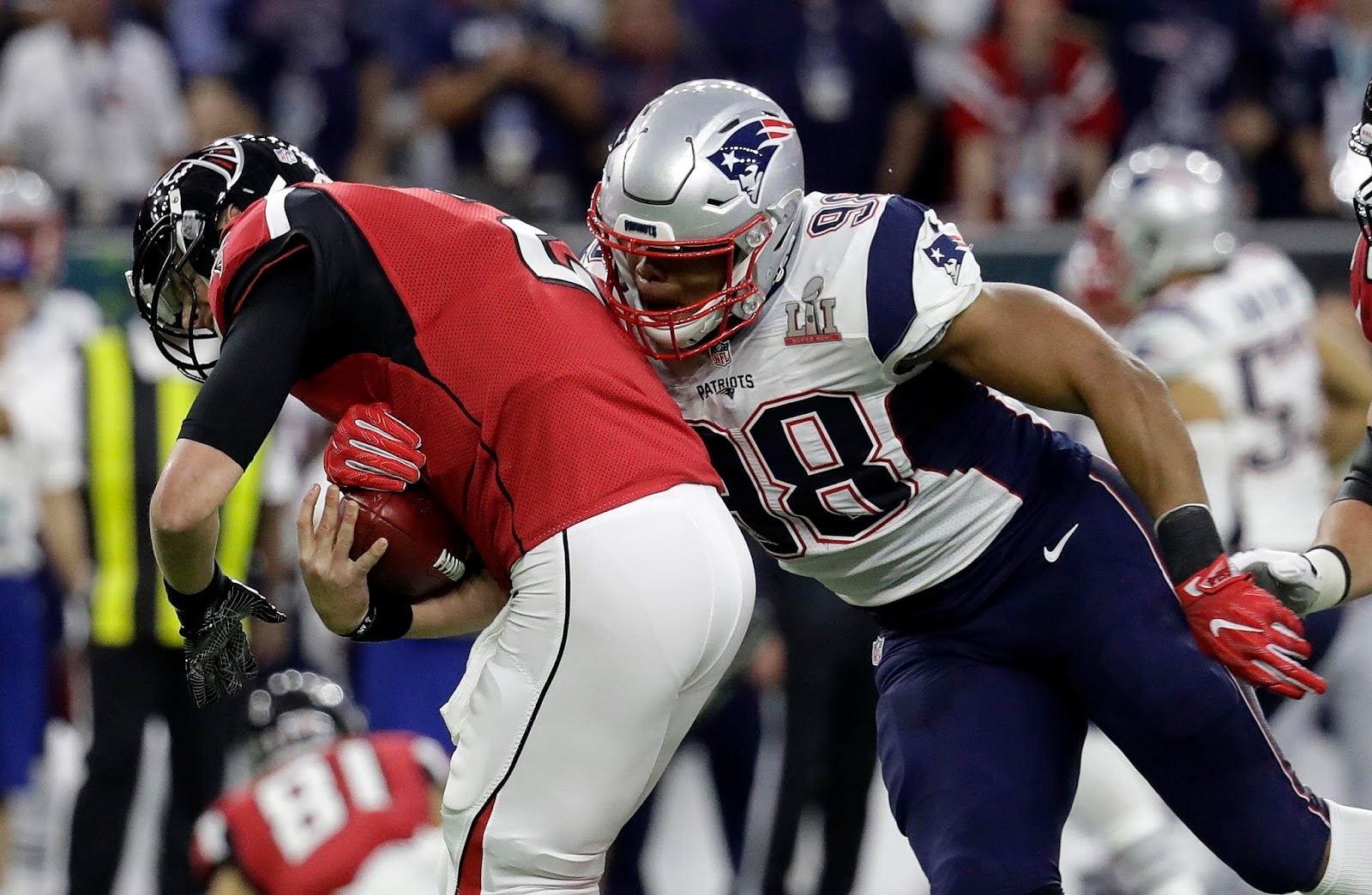 Former Falcons OC Kyle Shanahan was brilliant throughout the first half of Super Bowl LI, leading the Falcons to a 21-3 halftime lead while making the Pats' #1 scoring defense look silly. Then it all fell apart. On the Rich Eisen show today, the new San Francisco head coach talked about the Pats' legendary comeback and what he would have done differently. While Shanahan admitted that he goes "through every single play in the game," he also said that one particular snap haunted him more than the rest.

That play came with 3:56 left in the game and the Falcons leading 28-20. After an absolutely insane grab by Julio Jones, Atlanta was in field goal range and just had to run the ball and kick a field goal to ice the game. Instead, on 2nd-and-11, Shanahan called an ill-advised pass. Pats DE Trey Flowers took down Matt Ryan 12 yards behind the line to push the Birds out of range and eventually force a punt.

If you've been living under a rock since late January, the Patriots took that punt and drove 91 yards to tie the game at 28. To add insult to injury, Shanahan's offense never got to see the field in overtime--New England won the coin toss and immediately drove down the field for a game-ending TD. For his part, the coach only said that "I wish I had dialed up something differently." And to be fair, there's not much more he could have said: the comeback was so monumental, and so improbable, that there's no way to isolate a single play as the key to the entire rally. But at the same time, there's almost no way the Patriots could have won the game without Flowers' heroics to push Atlanta out of field goal range. If there was any one indispensable play, that might just be it. For Patriots fans, it was one of the game's biggest highlights. For Shanahan, it will unfortunately always be one of his biggest lowlights.