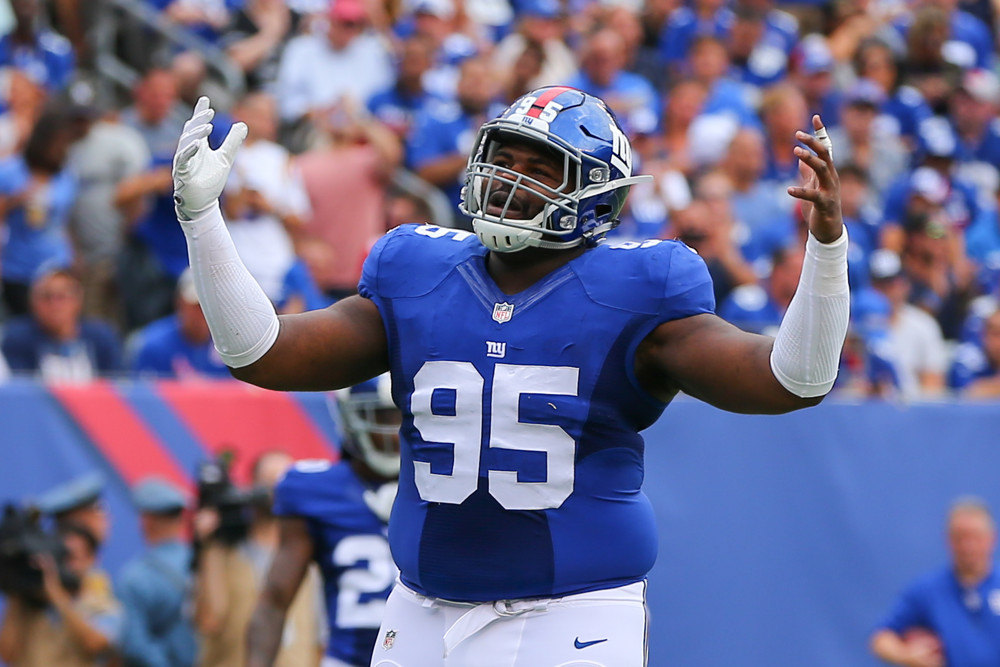 The Patriots have had pretty solid defenses for the past few years, but this offseason was different. After doling out $65 million to former Bill Stephon Gilmore and adding former Super Bowl hero Kony Ealy while still retaining key free agents, almost everybody agrees that Bill Belichick's troops are the best D in the conference, if not the entire NFL.

Apparently, "everybody" doesn't include new Colts defensive tackle Johnathan Hankins. In a video interview with NFL Network's Good Morning Football, Hankins said that he thought Indianapolis, not New England, has the "best defense in the AFC on paper." Well then.

As NFL.com was quick to point out, Hankins' claim is even more bold when you factor in Indy's defensive stats from last year. Football Outsiders ranked the Colts 29th in DVOA and last against the run last year--good for a 30th overall finish in total defense. Sure, new GM Chris Ballard has invested primarily on the defensive side of the ball, but there's still a long way to go before the unit can be called one of the league's best.

To be fair, it's only May--otherwise known as "that time of year where players on every mediocre team say they have the league's best squad." Hankins is hardly the first to sing his own team's praises, and he certainly won't be the last. But at the end of the day, there are the teams who win May and the teams who win January. Can the new-look Colts win in January? Maybe. Can the Patriots win in January? Certainly. Enough said.