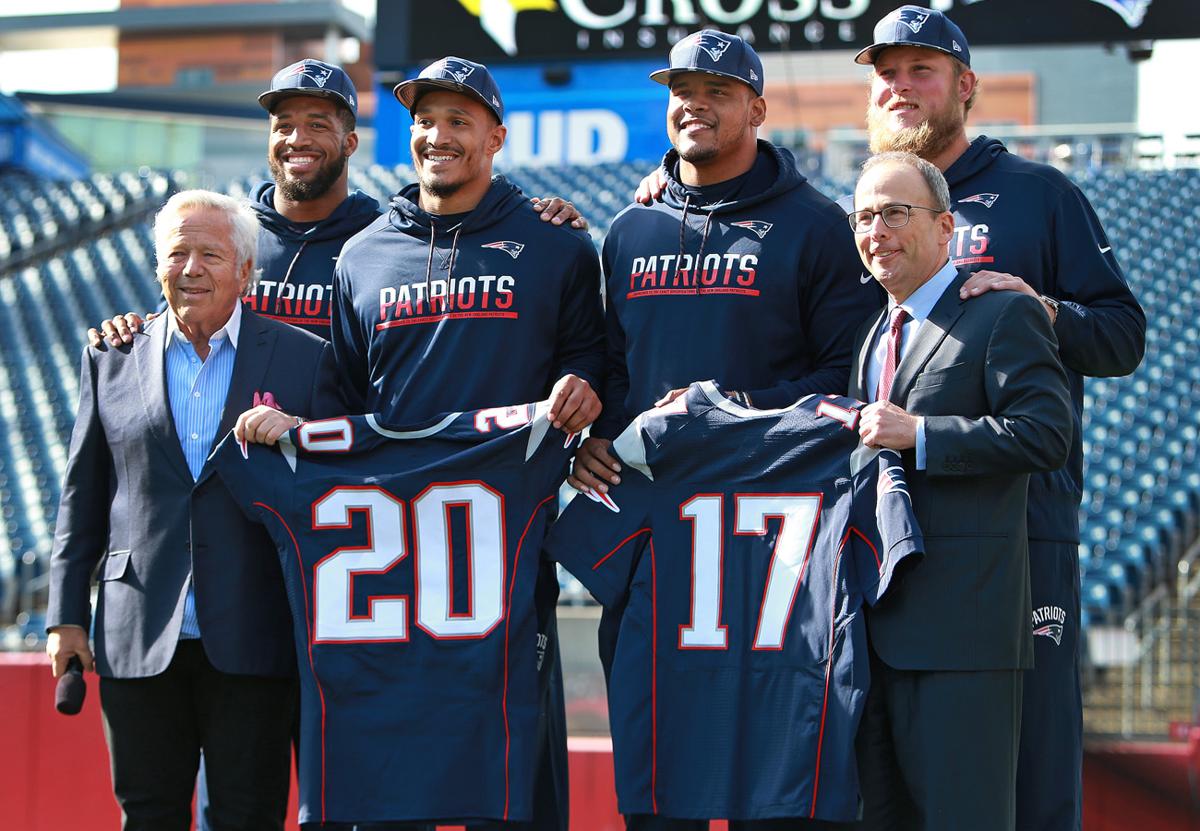 With the Patriots' 90-man roster set for training camp, the team released a list of every player's jersey number on Monday. There weren't many surprises, but it's still pretty interesting to see what all the Foxborough newcomers will wear in their first season with the team.

The small rookie draft class left a lot of numbers on the board. Yet while the team left many numbers open across the range, they opted to double up players at other digits. Highly-touted UDFAs Jacob Hollister and Harvey Langi will share #48 to open training camp, while undrafted signees DT Josh Augusta and OT Max Rich will split time at 72. In addition to those two, there are doubles at 27, 34, 70, and 74--if any two players at the same number manage to make the final roster, they'll obviously be reassigned new ones.

Aside from that, there weren't that many surprises. Marquee free-agent signing Stephon Gilmore took 24 away from second-year Cyrus Jones (he'll wear 41 now), and new RBs Rex Burkhead and Mike Gillislee slot in at 34 and 35, respectively. Trade prize Brandin Cooks couldn't pry 10 from Jimmy Garoppolo, so he'll suit up in the 14 jersey next season. Kony Ealy and Dwayne Allen will both wear the same numbers they did with their past teams--94 and 83, respectively, Ealy in Carolina and Allen in Indy.

Photo courtesy of the Boston Globe