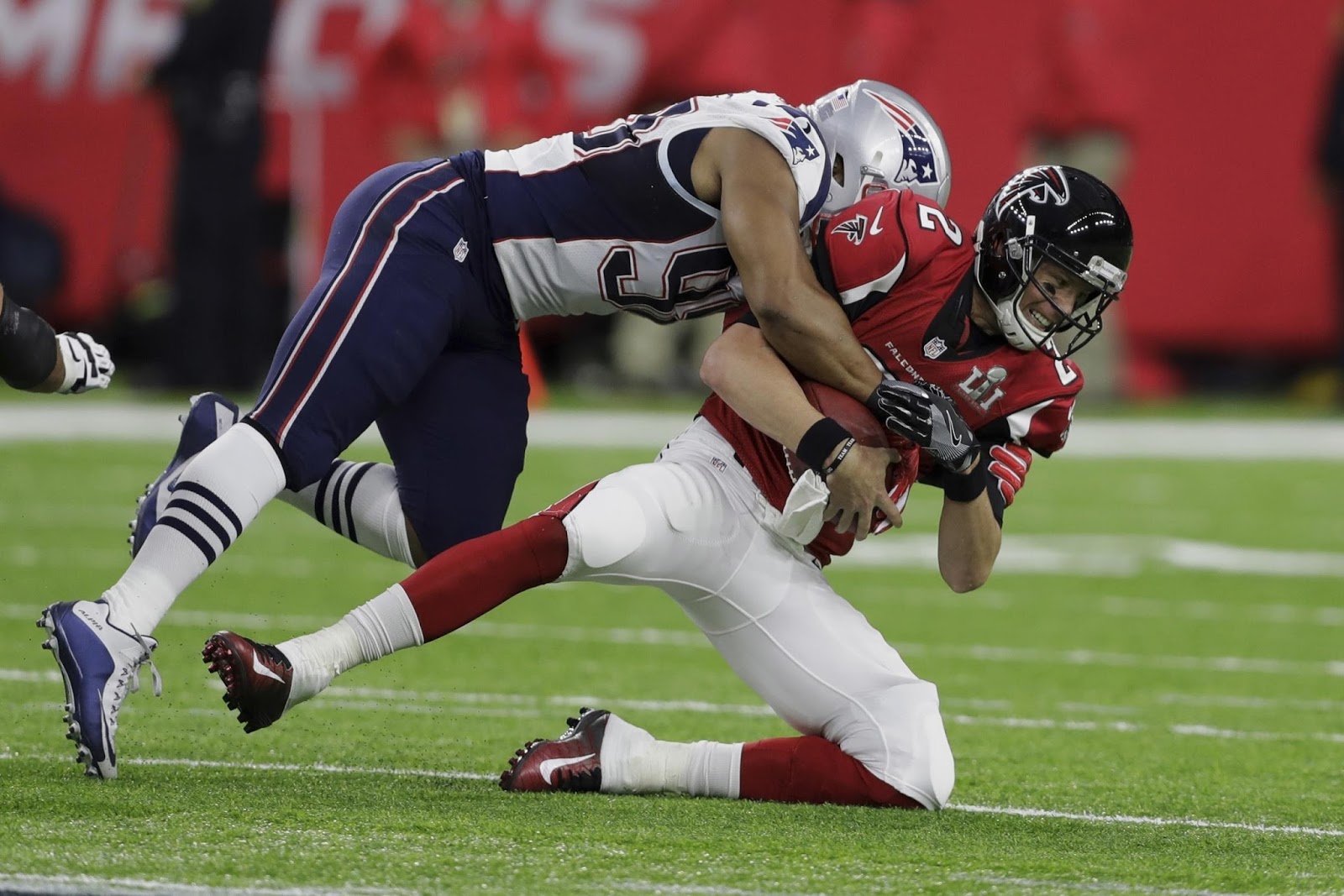 The Patriots have definitely had a killer offseason. But despite their wheeling and dealing, some questions still remain along the defensive front. Will new acquisition Kony Ealy lock down a DE spot, or will the lack of depth come back to bite the team down the stretch?

Ealy was one of the headliners of New England's offseason. Acquired from Carolina just for moving down eight spots in the draft, the 25 year-old has flashed game-breaking potential--most notably when he took over Super Bowl 50 with three sacks. But at the same time, effort issues have hamstrung his young career. Despite putting up three in one game alone, he's only recorded five sacks in back-to-back seasons, and he's tended to disappear for long stretches at a time.

Unfortunately for the Pats, there's not much depth behind the former Panther. Trey Flowers should be able to dominate the playing time on the other side of the line, which should help ease the burden, but aside from that pair the next man up on the depth chart is rookie Derek Rivers. And while the edge-rusher has plenty of upside, it's tough to expect an immediate impact from him given the complexity of the Pats playbook. Rob Ninkovich could pick up the slack until Rivers takes over, but he's also 33 and has lost a step since his first years in Foxborough. Either way, the situation is less than ideal for the defending champs: either risk throwing a third-round rookie into the fire too soon, or risk being exposed with a savvy but aging veteran on the field.

As the team heads into training camp, somebody will need to step up. In a perfect world that person would be Rivers, but if he's not up to the task the Pats also have fellow rookie Deatrich Wise Jr. to ease out Ninkovich. Regardless of who seizes the job, this should be one of the more exciting stories to watch.