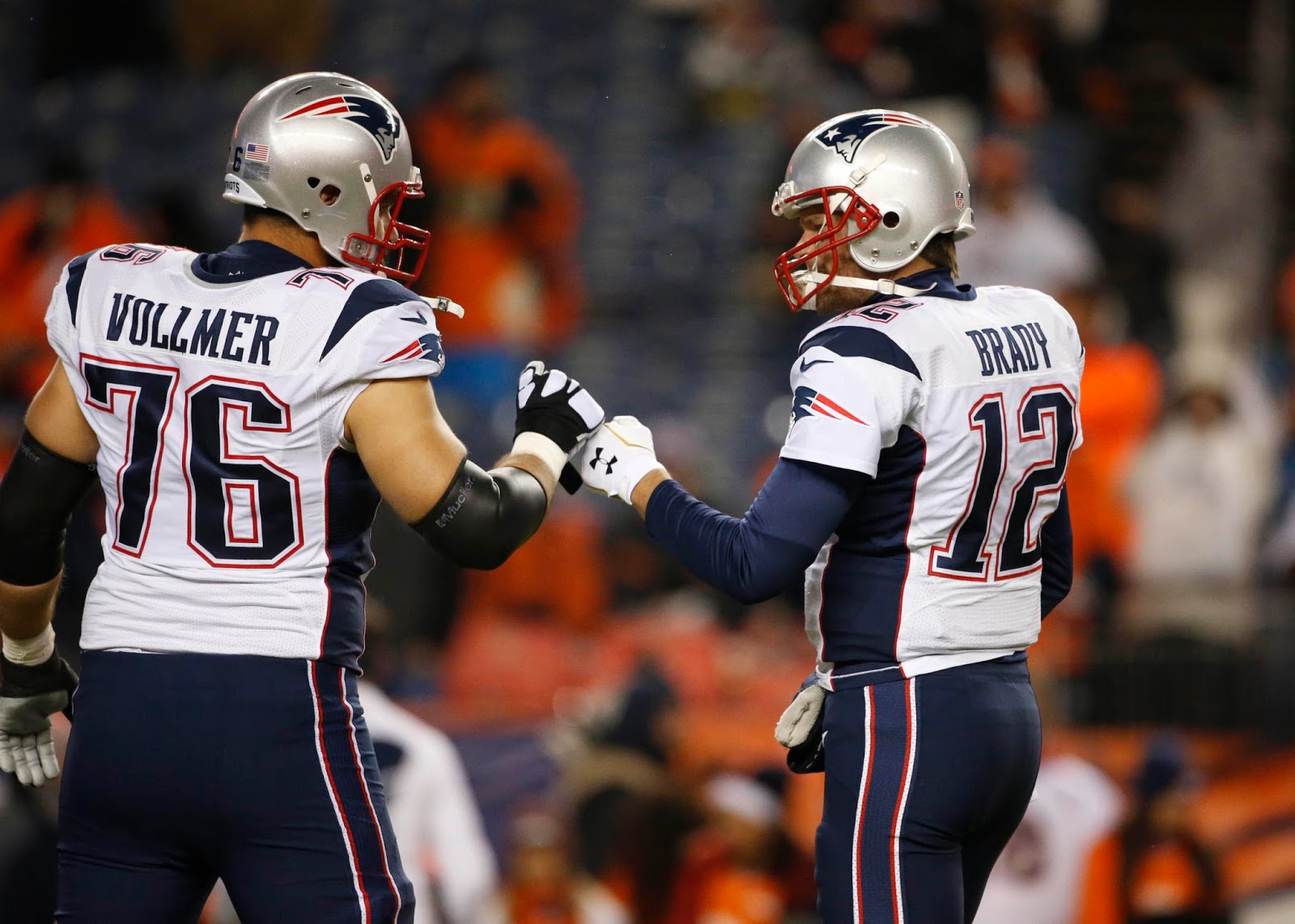 Former Pats OT Sebastian Vollmer said on SiriusXM's NFL radio today that he plans to retire. The former second-rounder out of the University of Houston spent his entire career with the Patriots, starting 80 games over eight years and recording a second-team All-Pro selection in 2010. He won Super Bowls XLIX and LI with the team, though he was on the PUP list throughout the 2016 season--a development that eventually led to his release from the team in March.

In fact, Vollmer said the the pain from his shoulder and hip injuries played a large role in his decision to retire (combined, obviously, with the lack of free agent interest). To help that pain, he said that he's already lost 75 pounds since calling it quits. After slimming down, the German enrolled in the NFL Broadcast "Boot Camp" for former players to prepare for a second career in front of the camera:

Class in session at NFL Broadcast Boot Camp here at NFL Films. Recognize any of these dudes? pic.twitter.com/8Lv0tcJPcG

There's no doubt that Vollmer was a standout tackle during his time with the Patriots. But if his past play-calling work (with former teammates Tom Brady and Rob Gronkowski, respectively) is any indication, he might have an even brighter future in the broadcast booth.