The Browns and 49ers copied the Patriots' draft strategy, and it paid off 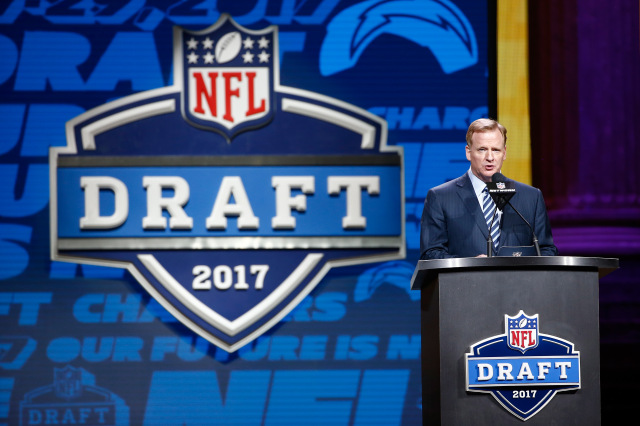 The first day of the NFL draft was definitely a crazy one, and the excitement has continued into Friday night as well. Yet while the flashy trades caught a lot of the spotlight, what's flown under the radar is how two bottom-feeder teams have begun to copy the Patriots' draft strategy. By following Belichickian principles, it looks like the Browns and 49ers might have just pulled off their most successful drafts in years.

The first principle of the Patriots' draft strategy under Belichick? Trade down and hoard picks. The 49ers were the masters of this on draft weekend, as first-year general manager John Lynch managed to fleece Chicago for two third-round picks and a fourth-rounder to trade down just one spot. Best of all, San Francisco still took the player they wanted to take initially, Stanford defensive lineman Solomon Thomas. For Cleveland's part, the Browns managed to collect an extra first-round pick next year by trading down 13 spots in this year's draft (from the 12th pick to the 25th). After all their wheeling and dealing, they left the draft with a whopping five picks in the first two rounds next year.

When the two teams did pick, they used the vast majority of their high selections on defensive players and offensive linemen. While the Browns broke this a bit by selecting Miami's David Njoku with their third first-rounder and Notre Dame's Deshone Kizer on Day 2, the general trend still holds: both teams used their top two picks on defenders (for Cleveland, Myles Garrett and Jabrill Peppers, for San Fran, Solomon Thomas and Reuben Foster), and overall each team used six of its 10 picks on defenders or O-linemen, with the Browns using a seventh pick on Arizona State kicker Zane Gonzalez. Over the course of the Belichick era, the Patriots have used 53% of their total picks on defense, among the highest percentages in the league. Of the top 10 teams that draft on defense, five have made a Super Bowl in the past decade. If the Browns and Niners can stick with that pattern, they might see some more success in their future.

But most importantly, the Patriots have a consistent record of building their team through the draft. 16 of New England's 22 Super Bowl LI starters were either drafted or signed as UDFAs by the Pats. In contrast, the Browns' Week 1 starting lineup only contained 11 homegrown players. If the Browns and 49ers want to be consistently successful in the NFL, they'll have to do better at filling out their rosters through the draft instead of via free agency. For both teams, which had some of the best rookie classes across the league, this draft was a great start.