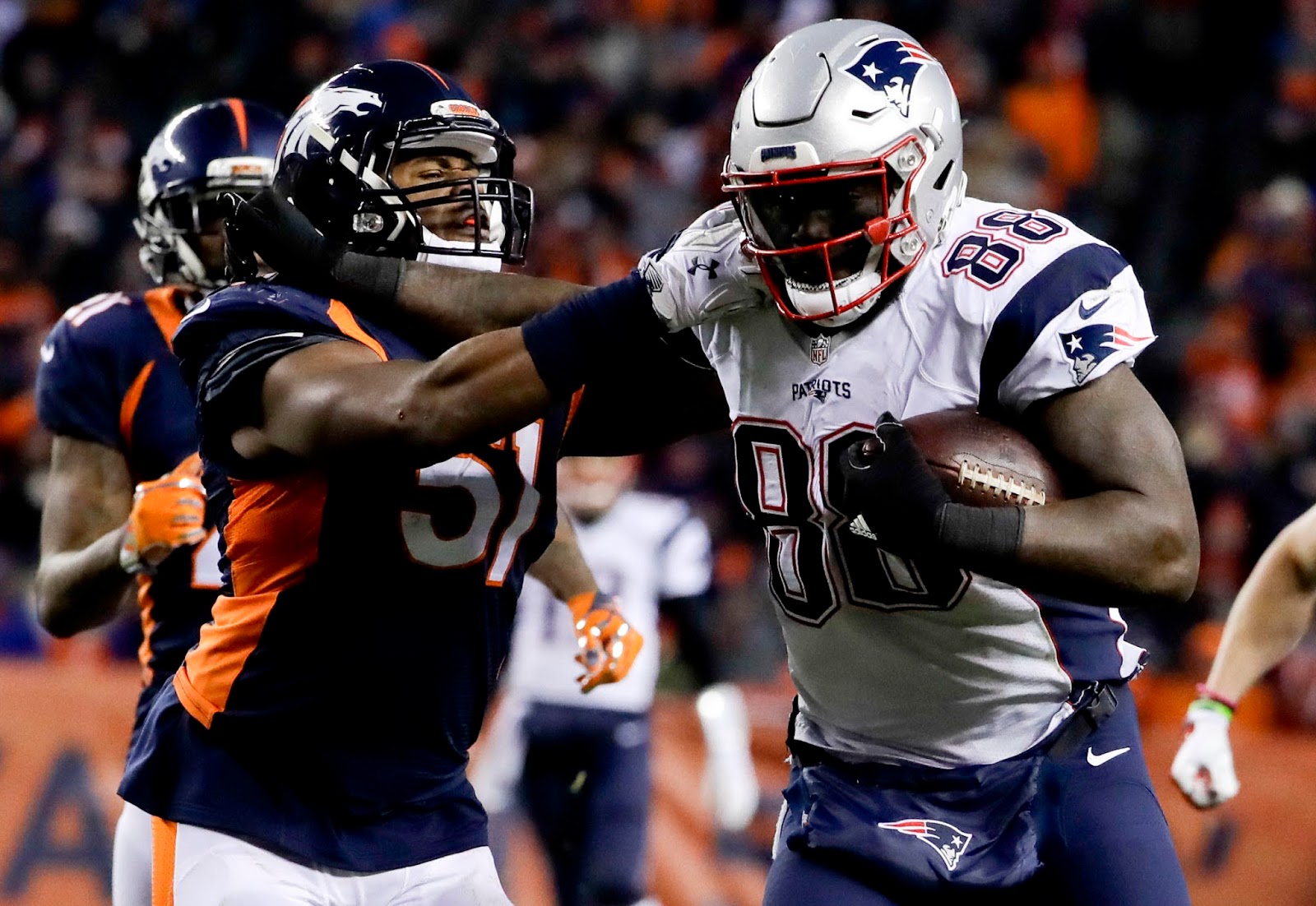 Former Patriots tight end Martellus Bennett signed a three-year, $21 million deal with the Packers in the offseason. After spending a year with the greatest quarterback to ever play, he's now headed to catch passes from the game's most dynamic thrower today. But, if he had to pick, which one would he prefer? Bennett recently answered that question on NFL Network's NFL Total Access.

While he had some high praise for Tom Brady, Bennett decided that he preferred Aaron Rodgers as his signal-caller. Specifically, he said that the Packer QB is "a little more athletic, and he can whip things a little bit different...he doesn't have to set his feet all the way to throw the ball 80 yards." Thanks to Rodgers' superior arm strength, Bennett said that his "body language is totally different for him."

On the other hand, Bennett explained that "with playing with Tom, it was a lot of coaching--like little things...just trying to see the game how he sees the game. [He] is arguably the greatest to ever play the game. A great teacher, a great teammate, a great person." Despite ranking Rodgers ahead of him, Bennett said that "[Brady] taught me so much more...I thought that I grew as a player a lot just learning how to play and being in a role."

Bennett definitely preferred the two to his past QBs--Jay Cutler finished a distant third in the MB QB rankings, followed by Eli Manning and Tony Romo. Interestingly enough, he ranked the passers higher the more recently he played for that team (he was drafted by the Cowboys, then went to the Giants and Bears before being traded to the Pats and signing with the Packers). After being tasked with replacing the departed Jared Cook, Bennett could be poised for his biggest year yet with his favorite quarterback yet. We'll just have to wait and see if his experiences in the regular season bear out his early take.