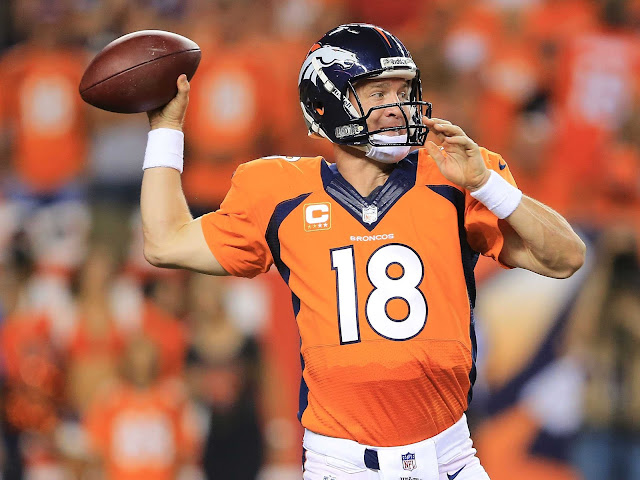 Thanks to my friend and fellow Patriots Life writer, Adam Bogdan (@PatriotsInform), I was able to get some information regarding Peyton Manning's numbers and how he favors a shorter passing game due to his waning arm strength/what type of coverage he's throwing against.


Manning attempted only 14 passes > 5 yards, and only 2 of those were against man coverage. Both were incomplete.
— Adam Bogdan (@PatriotsInform) January 21, 2016

The focus for the Patriots this week will be more on stopping the run than the pass. With that in mind, expect to see the defensive backs step up closer to Denver's receivers. This will help with getting the backs involved with stopping the run. Assuming Dont'a Hightower can last most, if not the entire game, and assuming that Jamie Collins plays and does a solid job. The Patriots should be able to limit Denver's ground game. Before Hightower left with an injury in the Week 12 match up, the Broncos has only gained a shade over 40 yards on the ground. After he left, they gained a little more than 130 yards.

Obviously, the Patriots are going up against a different quarterback in Manning than Brock Osweiler, who they saw in Week 12. Because Manning has a habit of folding under pressure (literally and figuratively), don't be surprised if you see a lot of blitzes against him. The Broncos' offensive line has been an issue for them at times this season, and the Patriots have the quickness and strength along their defensive line to beat Denver's offensive line in one-on-one match-ups.

Lately, the Patriots have been utilizing man coverage. Part of this is because of the emergence of Butler, the health of Patrick Chung, Devin McCourty, Justin Coleman and others.

After going back and watching some film myself, I noticed New England played a ton of man coverage in Week 12 and fared well against Denver's wide receivers. Expect to see more of that kind of coverage, although it wouldn't be shocking to see them mix it up when one considers they haven't faced Manning this year, and he's not the same quarterback he was when the Patriots last saw him in 2014. Assuming the Patriots go with the same match-ups as they did in Week 12 (Malcolm Butler matched up on Emmanuel Sanders with safety help, and Logan Ryan matched up against Demaryius Thomas) they could have success again.

If the Patriots can limit Manning to numbers similar to what we've provided, they should be in very good shape.

Special thanks again to Adam for providing me with these stats. Please give him a follow on Twitter and pay attention to his tweets. He is always up on the latest Patriots news and gives unbelievable insight. His handle is linked at the beginning of the article.