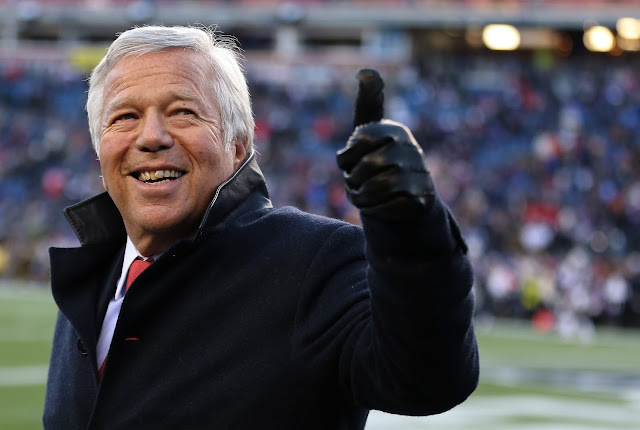 Patriots owner Robert Kraft spoke at the NFL owners meetings today and revealed that he wrote a letter to NFL commissioner Roger Goodell over a month ago in which Kraft asked for Goodell to restore the Patriots' draft picks that were taken away from them as part of Deflategate.

Goodell stripped the Patriots of their first round pick in the upcoming NFL Draft, as well as a fourth-round pick in 2017.

I'd bet anything the NFL turns Kraft down, but anything is possible.