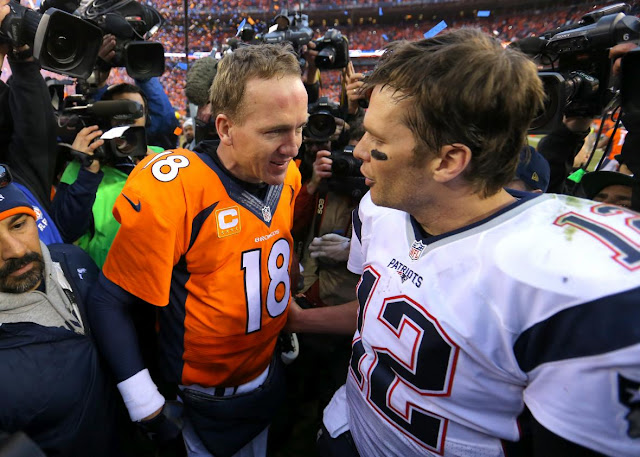 News broke yesterday morning that Peyton Manning would officially announce his retirement at a press conference this afternoon. In lieu of the news, athletes across many different sports and fans alike took the time to congratulate Manning on his Hall of Fame career.

Tom Brady and Bill Belichick were among those to salute the two-time Super Bowl champion. Brady posted a picture of the two, along with a heartfelt message, on his Facebook page.


Congratulations Peyton, on an incredible career. You changed the game forever and made everyone around you better. It's been an honor.
Posted by Tom Brady on Sunday, March 6, 2016

It is with great admiration that I congratulate Peyton Manning for his tremendous career in the National Football League. Peyton raised the bar as a performer and as a competitor and with a personal class in which he carried himself off the field. My relationship with Peyton is special, it is unique and it is one that I value greatly. For 18 years, we battled fiercely but regardless of each game's outcome, I always walked off the field with the utmost appreciation for the highest level of competition in which those games were prepared for and played. Peyton's immense contributions to the game reflect how genuinely passionate he is about it. I can honestly say that I never 'enjoyed' our meetings, but the respect I have for Peyton Manning as a competitor was, and will likely remain, second to none.


We'll be forever debating which Manning-Brady match up is the best ever, and everyone will have a different opinion. Brady finished the rivalry winning 11 out of 17 contests against Manning, including the postseason. Manning won the most recent match up in the AFC Championship Game this past season, and went on to win Super Bowl 50 with the Denver Broncos.