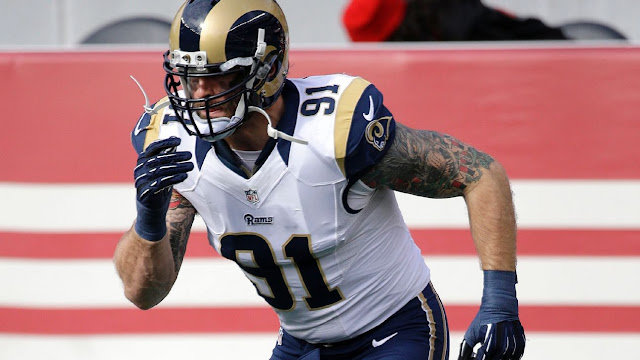 The Patriots have had a very busy offseason, adding the likes of Chris Long and Terrance Knighton, among a slew of others.

Long joined the Pats after eight years with the now-defunct St. Louis Rams. He's never made the playoffs in his career and is ecstatic at having that opportunity in New England.

“I was very open minded when it came to my free agency situation this year,” Long said Thursday in a conference call. “Obviously the Rams felt it was time to move in a different direction, and I wasn’t bent out of shape about it. It was time to move on for me, as well.


Long didn't waste any time with getting to know his new teammates. He's friends with Danny Amendola, as both of them are former Rams, and spoke to a few other Pats players once he signed.

“Danny Amendola is one of my good buddies, so he definitely filled me in on what the culture’s like, what a great place it is,” Long said. “I spoke a lot with Rob Ninkovich since my signing. He reached out to me. He was very welcoming. I talked to Jabaal (Sheard), as well, briefly. I told him how excited I am to join their group and excited to get to work. I respect those guys’ game a whole lot. I respect everyone on that defense, and I’m just excited to be a piece of the puzzle.”


As far as Knighton is concerned, he grew up a Boston sports fan. He roots for the Red Sox, Celtics, Bruins, and even rooted for the Pats growing up. When it came time to choose a team to sign with this offseason, Knighton knew exactly where he wanted to go.

“My heart told me to go to New England,” Knighton said Wednesday. “I just feel like it was a once-in-a-lifetime opportunity to play for a team that obviously I loved watch playing growing up.”


Knighton said he also had a conversation with Patriots legend and current Texans defensive tackle, Vince Wilfork, before signing with the Pats. 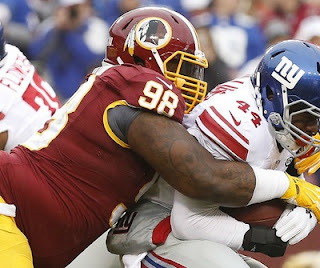 “I had a long talk with Vince Wilfork before signing. He was telling me it's a grind, but at the end of the day, it's football," Knighton said. "But it's a good environment to be around; it's a good building to be in. He had nothing but good things to say about the organization. I'm just excited, and I'm just looking forward to getting in the building and learning as much football as I can and being around the guys."


Knighton and Long both come into ideal situations with New England. They can both chase championships and can both prove they're still effective players with a team that expects to contend for a fifth Super Bowl championship.